11 Hardcore Quotes You Should Memorize and Live By

Are you like me in the sense that you live your life by quotes? I’m full of more sayings than I could ever count. When the conversation calls for it, I’m there to spit one out like hot fire. From reading books, memes, stories and more, I’ve compiled some of my favorite quotes to live by.

Memorize these quotes and when situations in life arise, use them as wisdom and motivation to overcome the situation you’re in. I’ve conquered a lot of life’s struggles by thinking about these quotes and putting them to practical use. My advice to you is to do the same. 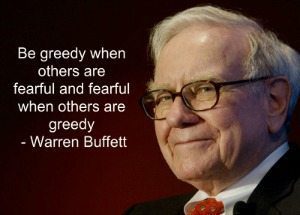 There’s nothing like taking advice from the 4th richest person on the planet. When Warren Buffet says something about money or markets, you can pretty much take it as gospel. Buffett is known for his long-game with investments. He knows the masses usually have it wrong. If everyone is making easy money from something, it’s probably too late to get in on it. 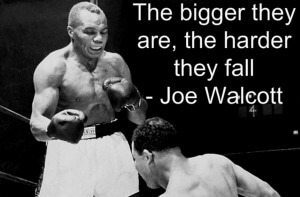 When I was a kid, I thought Bugs Bunny said this. I never knew what it meant until I grew up and got bigger. I now know that as a child, when you fall it’s no big deal. As a 180-pound adult, when you fall it hurts like hell. Most people think it means it’s harder to make something big fall. I think it means when you DO make something big fall, it falls hard. 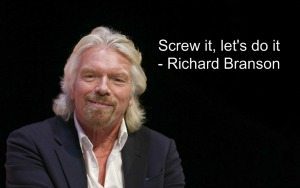 There’s no better phrase on the planet to describe how I operate. Sir Richard Branson even wrote a book about this quote that carries the same title. I’d highly recommend reading it. In the book he says he’d rather find a way to say “yes” to something and make it happen, than find ways to say “no” I agree 100 percent. 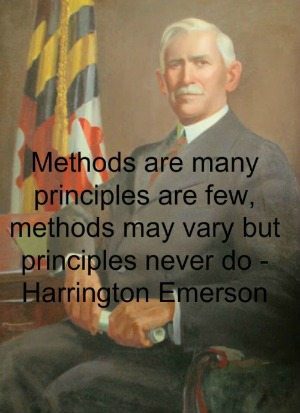 I’ve always been one to stick to the script. I’m not trying to reinvent the wheel here. I’m just adding spinners to it. The wheel is still the wheel. This quote is about the foundations of things never changing. How we arrive at the end result may vary, but the result in the end, will still be the same. 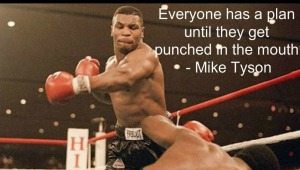 Could you imagine getting paid to get in the ring with Iron Mike back in his prime? Holy shit this guy was an animal. This quote is even more malicious when you consider the source. It’s so true, though. In life and even business, when things don’t go according to plan, most people quit or make detrimental mistakes. One hit from Mike would alter anyone’s game plan from “win the fight” to “try not to die.” 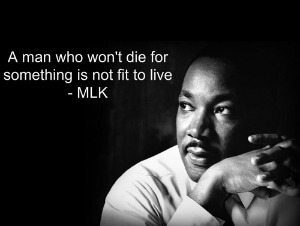 In my home office, I have a hand-painted canvas of Martin Luther King Jr. from Rob Secades . MLK is one of my biggest heroes. The man changed the world without ever resorting to violence. He used his words and grassroots influence to stand up for social injustice in a time when the Internet couldn’t protect you. A true BAMF. MLK lived out this quote #RIP #GOAT 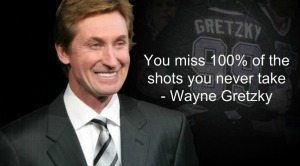 This is is a phrase I hear in business a lot. No one ever got rich off of a missed opportunity. This circles back around to finding a way to make shit happen. Gretzky knew that if he didn’t take a shot at the goal, he’d never score a point. He retired as the all-time leading scorer in NHL history. Living out this quote to the fullest. 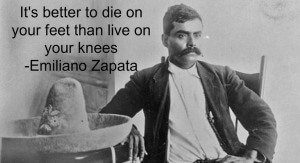 I’ve always thought it’s ironic this quote was made by a man with the last name Spanish for “shoe.” The quote is strong, though. If you’re not willing to stand up for something, you’ll be begging for anything. This goes for fighting a war as well as fighting for a position in the marketplace. If you never fight at all, you’ll be working for someone who did. 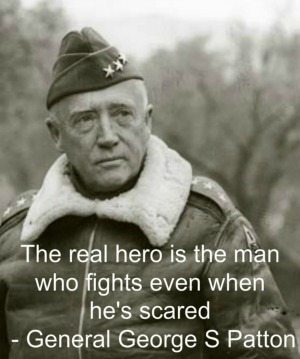 Speaking of fighting, Patton was ruthless. He had all sorts of hardcore quotes. This one is by far my favorite, though. Most of us are scared. We are scared of losing our money. Losing our business. Losing our loved ones. Losing our reputation and more. It’s those of us who continue to push forward despite those fears, who win. 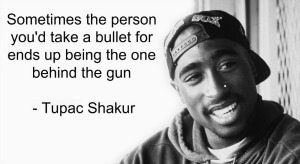 This quote applies to your friends, family and business partners. The people we get close to, are the ones we are the most comfortable with us. Comfortable is not a good place to be. Humans were not designed for comfort. Nothing that was ever accomplished in history came from comfort. When you get comfortable, that’s when you are brought down. Often by those who saw you slippin’. 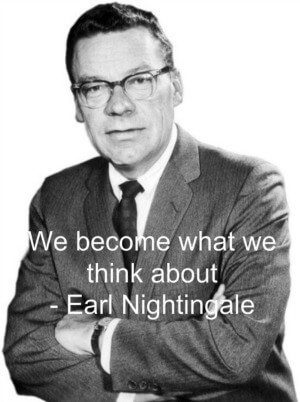 I’ve had to learn a lot of tough lessons in my lifetime. The above-mentioned quotes have helped me adopt the mindset I needed in order to survive those times. Over the years I’ve used my experience to help others manage the baggage they carry arI’dd. i’d like to help you be next. If this article and these quotes resonated with you, click the banner below and watch the short video I’ve prepared for you. It might just change your entire life.
← 3 Reasons Why Sarcastic People Do Well In Sales What Makes Jeff Bezos the Greatest Salesman On Earth →