No one just rolls over in the middle of the night and tells their spouse, “Let’s pack all our sh!t in boxes and scream at each other for the next month.” That’s not why people list their homes. Selling a home for most is a major life event. It’s the biggest windfall of money most people ever see. For others, it’s the biggest loss.
You’ve got to also remember no one has ever logged into Facebook to find a real estate agent. That’s just not why people get on The Book. They go on FB to see what their friends are doing and what’s going on in the world.
Yet, the facts I just gave you are ignored daily by real estate agents running ads. I see ads every day from realtors in my newsfeed. Ninety-nine percent of those ads have zero clicks, no likes and make the agent look like a fool.

Chances are since you’re reading this, you may have had a few of your ads fail, too.

In the last 7 years, I’ve created over 1,500 Facebook ads. Over 400 of those ads were for real estate leads. I’ve spent a lot of time, money, effort and thought to get the best real estate leads possible from Facebook. Turns out, it’s a helluva lot easier than most attempt to make it.
No One Wants a Realtor: It amazes me, the narcissism some agents have. They put their pictures on signs, cards, logos and more but nobody on this planet wants a realtor. What they want is their home sold. Most homeowners wouldn’t give a shit if you were green with purple sprinkles as long as you sold their home. Realtors are simply the middlemen in between what the prospect has now and what they want.
The reason I tell you this is not to be mean but to let you know that advertising yourself as a realtor is a terrible ad strategy on Facebook. Instead, you need to focus on selling homes. Your ads, fan page and funnel, should be based on neighborhoods, districts and those things, not you, the agent. Run ads selling homes and you’ll get more leads than ads selling an agent.
You Need An Offer: Most ads I see agents running have terrible offers, too. They say things like “Let me list your home today,” or “I sell homes in 30 days or less.” Those offers are weak and they play to the narcissistic agent, not the prospect. A good offer for a listing ad would be something like “Your Neighbor’s House Just Sold Over List Price In Less Than 36 Hours Find Out How.” See the difference?
The curiosity from my offer draws them in; then when they realize what the other homes in the area are selling for, they start to consider getting an opinion from an agent on what they can sell their home for. If you want to get listing leads, build curiosity in the home, not familiarity in the agent.
Create a Sales Funnel: These days sales funnels are all the rage. I’m sure you see ads in your newsfeed 10 times a day saying they have the perfect funnel or they will build you the perfect funnel. Everyone and their momma want to sell stuff to realtors because they know there are millions of you and they think you are easy to sell to. Beware of the people selling funnels. It’s a waste of cash.
Companies like ClickFunnels, Leadpages and leadPops make it so easy to create funnels that a 12-year-old can do it. You’re only being lazy and complacent if you don’t learn how to use one of these idiot-proof softwares to generate a ton of listing leads. My program Break Free Academy Entourage has 5 proven real estate funnels that have generated 1,000s of leads. You can grab them by signing up at www.breakfreeacademy.com/entourage
Learn To Farm: Farming still works, and it’s easier and cheaper than ever before to do it. Yet, so many agents are missing the mark and still sending out junk mail. You can use Facebook to target zip codes. Imagine putting your ad in front of an entire zip code daily for a month for a fraction of the price of one mailer. That’s what FB farming is.
The key to generating leads is familiarity. Repetition creates familiarity. It’s your job to repeatedly market to the same zip code over and over again. You can always change offers, but you gotta STAY in front of the same people. Pick a territory to farm and don’t stop running ads until your crops grow!
Follow-Up Is Key: The chances of someone seeing an ad on Facebook, contacting you and listing their home in the same day is highly unlikely. Thus the insatiable need for follow-up. You’ve got to have calls, texts and emails going out to the lead at least once a day for the first 3 days. This gives you 9 touches to get a hold of them; 8 is the number of familiarities usually, so 9 contacts are one contact above and beyond.
You need to set up automation for the follow-up. Even if you only get 5 leads a week, you gotta remember the average person needs 90 days to sell their home. That’s 75 leads you’re following up within just 3 months. If you don’t have automation set up, you will miss out on listings.

You should only be talking to leads when they are ready to make a move. The rest should be on autopilot.

Last year I personally ran ads for a luxury community in Austin, Texas called “Lakeside at Rough Hollow.” The sales rep set an all-time record in the neighborhood from the leads I sent her. She’s also a badass closer. I’m pretty sure she sold over $8 million in real estate directly from the leads I sent her. (I no longer do this for anyone but me).
My client and friend Adam Stark has used these secrets to become the number one agent in his entire market. He’s literally gone from sleeping on a friend’s couch to being the most known person in his city. Social media advertising allows him to list and sell more than anyone who competes against him.
If you’re not using Facebook ads to sell real estate, you need to be. You need to make sure you’re doing it right, though. The last thing you want to do is waste money on ads that don’t drive leads. I’ve just given you several of the secrets I know about running Facebook ads for listing leads, but I can’t tell you everything in just one blog post. Get out there, follow my lead and close some sales. If you want my help, simply join the Entourage at www.breakfreeacademy.com/entourage
← Here's How I've Personally Made Millions of Dollars Running Facebook Ads 3 Powerful Lessons From Jay Z On Following Your Dreams → 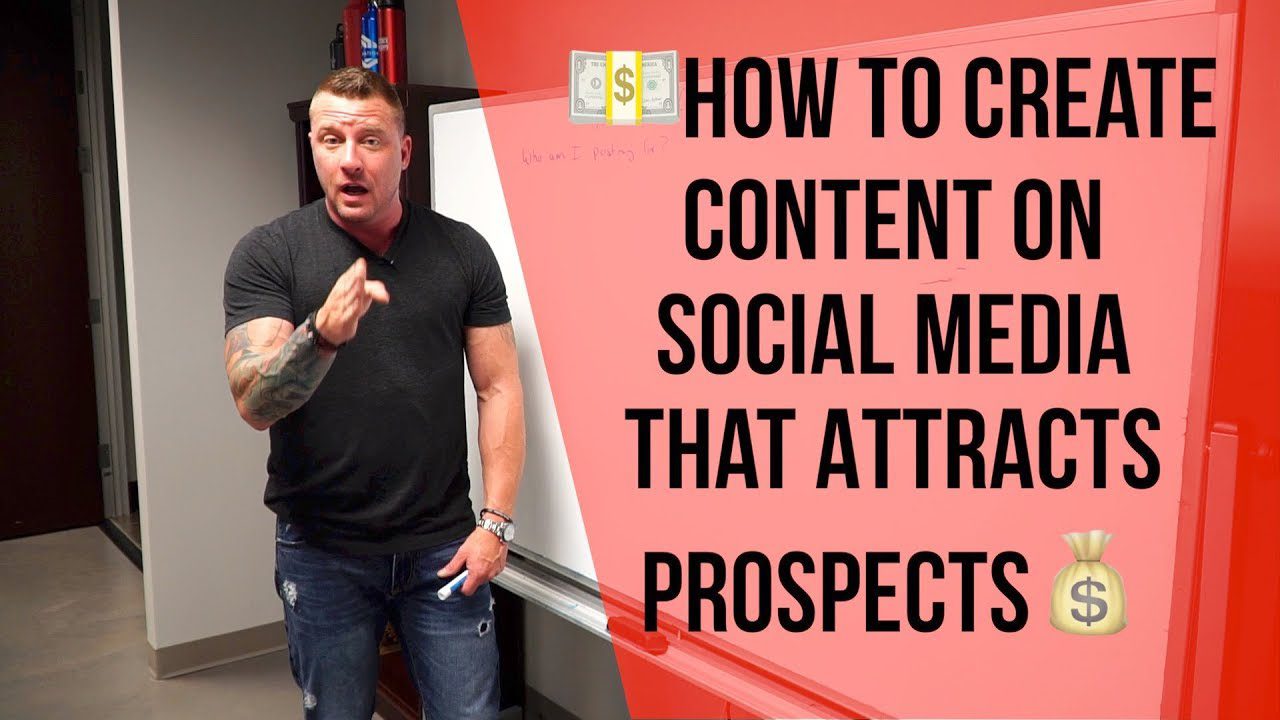 How To Create Content on Social Media That Attracts Prospects [Video]

It's not enough to have a social media profile set up right. It's also important to put out content that your target... 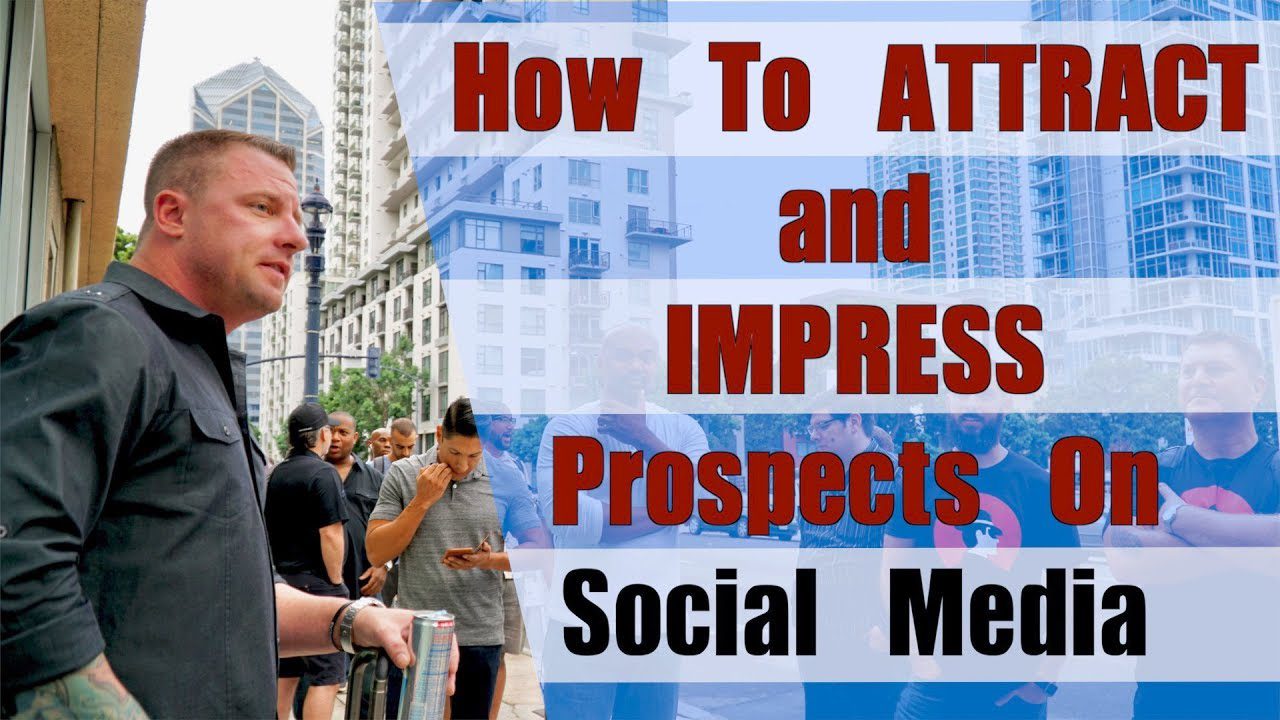 How To Attract and Impress Prospects on Social Media [Video]

When you first meet someone in person, you shake their hand. Most people even look the other person in the eye and... 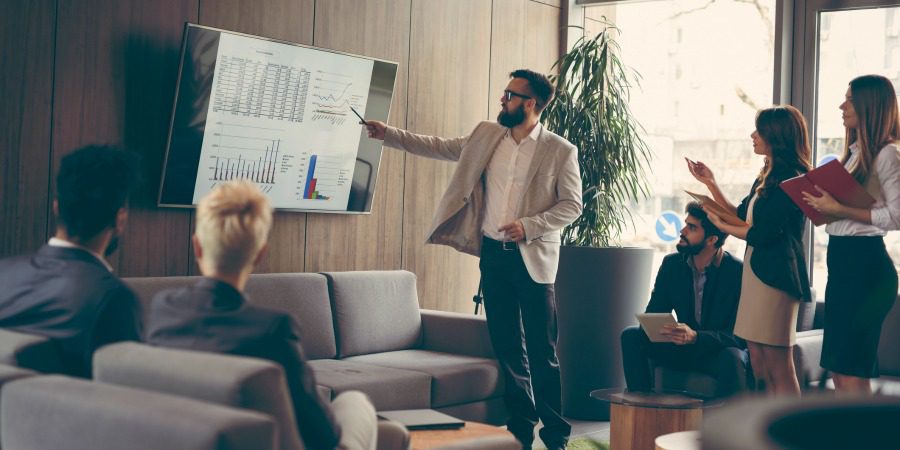 Why Lead Gen Is Crucial To Your Company’s Future

If you plan on staying in business for the long haul, you're going to need fresh prospects showing up in your sales...