3 Things that Separate an Average Salesman from a Closer 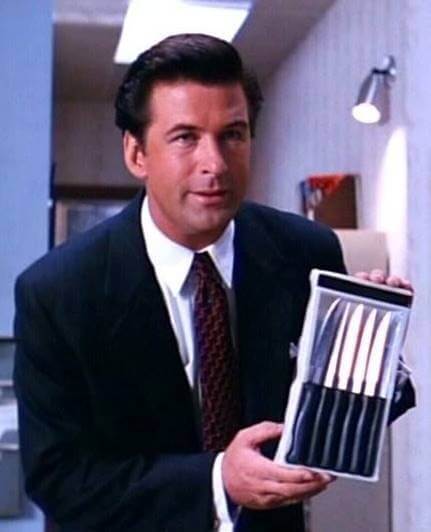 You ever wonder why that guy down the hall from you closes more deals than you do? Well, if you’re a regular reader here that guy down the hall is probably you. Regardless, of looks, talent, personality or anything else “that guy” gets deals closed. But why? Others (maybe including you) work the same hours, make the same number of calls, send the same number of emails etc..What’s “that guy” doing?

We’ve all been there. I had a job once working for a complete dick. The guy had the personality of a starving cannibal. Just thinking about that douchewad has me heated. Any ways… Despite his shortcomings, the fucker could close. I watched him and as much as I dislike him, I know when I see a closer.

As much as it may piss you off when “that guy” is kicking your ass in numbers, maybe you should listen in on his next sales call. Maybe, just maybe, you being a fly on the wall in his office might give you the inside scoop. OR you could tell him to “fuck off” and kick his ass in numbers after you read this and implement what you learn here today. Your choice…

If you were to be a fly on the wall you’d most likely hear several things that I’m about to point out. But until we get there, and in true writer fashion, I’m going to waste good white space here to draw this shit out a bit. Yep, now I’m the asshole that’s wasting your time to make you better than the average salesman.

So Ryan what the hell would we hear if we listened in?

#1 You would hear confidence in their voice. When they pitch their product or service they aren’t just pitching to pitch. They are pitching to close. They know their product inside and out and the person on the other end of the sale from them knows it. This creates a common comfort level with the prospect. You know that warm feeling you get when you are dealing with an expert? Yea that one. That’s the one he gives his prospects. And they can’t help but buy because of it.

#2 He listens to what the prospect needs. One of the TOP mistakes salesmen make is not listening. Most salesmen push and persist with their agenda, not the prospect’s. By listening to the concerns, problems and objections of the prospect without interrupting, you create massive rapport. Not to mention you throw off the normal guard a prospect puts up by being different. Most people just want to be heard. Because of this most people do not listen. When you take the time to slow down the sales process and listen, the prospect opens up and eventually buys.

#3 He asks questions instead of making statements. Another huge mistake salesmen make is telling not selling. Selling involves solving a specific problem. In order to solve the problem you must first diagnose what the problem is. In order for you to diagnose that problem you have to investigate it. For example when you go to a Dr, he asks you questions like “does it hurt here?” “had any trouble with this” “do you mind holding your balls and coughing?” Once the Doctor figures out your issue, he creates a plan to solve it. A closer does the same with their prospects.

Now we can both agree there are probably more than just 3 things that make “that guy” better. In the grand scheme of things there are 1000s of closing techniques. None of them are effective without a strong foundation. I believe these 3 “things” are key to being a top player in the world of sales. From these three items, stem all other areas of sales.

Now get out there and use this information you just learned. Maybe you think it’s simple. Maybe you think it’s stoopid and won’t work. You also probably can’t figure out why “that guy” is kicking your ass every month. Simplicity works. Also having a system in place has proven to increase conversions. Follow this three step process and you’re on your way. Also for all my women readers, ‘salesman’ was just easer to type than salesperson or saleswoman. Blame the sexism on my laziness not my indifference to the female gender. I love women so much I married one.

If you want to close more deals without being a pushy asshole (that’s my job) fill out the form below and let’s talk. Let’s have a real sales conversation that leads to me offering you a solution to whatever problem you have. I don’t work with rookies. I only work with badasses who want to get even more badassed.

Second place is a set of steak knives bitches!