Three Ways To Step Up Your Negotiation Game 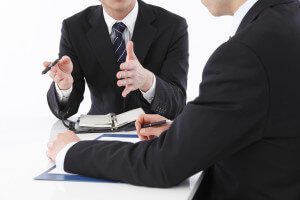 The art of negotiation is not to be taken lightly. Matter of fact, if you do take it lightly, you’ll end up short of money. When you’re in sales, you’re always looking to maximize the commissions you can earn. Being a bad negotiator puts those commissions in jeopardy.

No one wants to miss out on money they’ve worked hard for. With that said, many people suck at negotiations and there’s no telling how many billions in commissions are lost each year as a direct result.

Try and think of your sales negotiations as hostile hostage situations where you can’t let the sale die. Your sale is being held hostage by your prospect and if you let it die, everyone loses.

As salesmen, we tend to overlook each sale and think it’s no big deal if we don’t close this one. Truth is, those no-big-deal misses make up for some pretty monstrous losses. If you blow a sale a week, you’ve missed 52 sales a year. That sh!t adds up quick.

To protect your sale, you need to stay sharp when it comes to negotiating the deal and closing the tougher prospects. There are plenty of awesome sites with killer info on how to do this. There’s also a bunch of books written by police and FBI hostage negotiators. I’ve read a lot of them and it really only comes down to three things.

We’ve all been there…on the buying side of a negotiation…and lost. Oh, the sadness. That sales guy must have seen our buying desire even though we tried like hell to hide it, even though the salesman seemed to have ice water in his veins.

It’s funny how we will blow off a sale over some dumb sh!t, but at the same time don’t want to lose one while negotiating. This is especially evident when we NEED a sale. We become the worst negotiators when we have to have that next deal.

If the prospect senses they can get over on you and that you’re scared to lose them, they’ll exploit you into a zero sum commission check. You don’t want that do you? All that selling and no money to show for it. Say it ain’t so. Don’t let the prospect know you need them.

#2: Don’t Let Your Emotions Get the Best of You.

Anger, frustration, sadness and anxiety can kill your sales, your paycheck and your credit score. Prospects these days will test you, too. They know if you blow your cool, they’ll get a deal. They also know if you look anxious, they got you where they want you.

The ONLY emotion you need in the negotiation process is happiness. You’ll sell more with a smile than you’ll ever sell without one. Hell, you can damn near say anything as long as you’re happy and smiling while it’s said.

Negotiations can get steamy. Even if the prospect gets out of control, stay focused and smile. If the prospect is showing signs of emotions, that means you’re winning the negotiations. Keep calm and close…

#3: Assume the Other Person Will Stop at Nothing to Get Their Way.

In any competition, you’ve just got to assume the other team will stop at nothing to beat you. It’s ONLY with this mentality that you stand a chance of winning. Why? Because 9 times out of 10, it’s true.

Assuming the other party is relentless, means understanding they may get emotional, irrational and shady. You’ve got to be ready for all of this. You’ve also got to be equally as ruthless. Not mean, not shady, but not willing to relent on your side. This works even better when you let the other side feel as if you’re on their team.

Humans love getting their way. Most of the spoiled ones will whine and cry until they do get their way. This can wear and tear on us salesmen, but if we let our guard down for one minute; we can lose a deal. Stay in the conversation and out of your head, and you’ll pick up on their little tricks and tests.

If you sell real estate, mortgage loans, insurance products, stocks or anything else, the general public is going to try and get you to lower the price of your sh!t. The only way you can protect your check and make sure you’re always closing is to get better at negotiating your costs.

In the initial contact, position yourself as a person who doesn’t negotiate, but if that doesn’t work, don’t blow the sale because of scarcity, emotions, or relenting. I’d love to help you win more of the commission checks you’re working your ass off for.