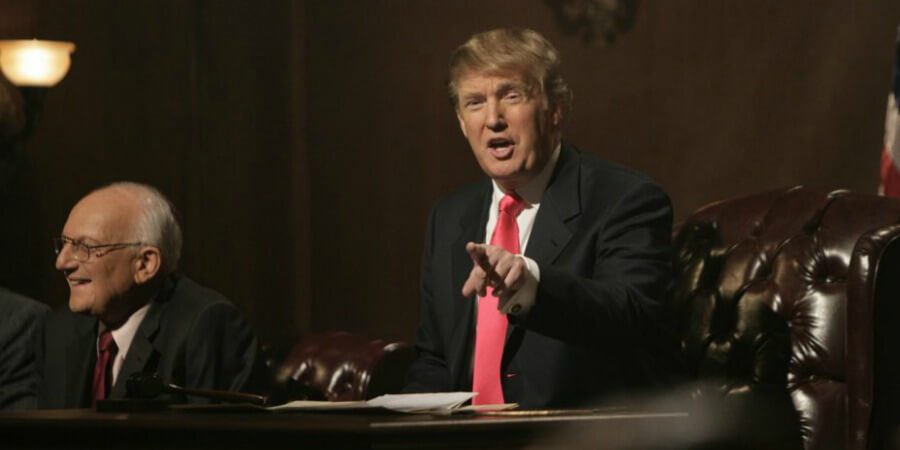 Let’s be real. If you’re in sales and you’re not a fan of Trump, something isn’t right. Politics aside, you can’t deny he’s the coldest salesperson alive. The facts speak for themselves. For those of you reading this who are immediately triggered by seeing Trump’s name, we’re glad you’re here, too, but you’re probably in the wrong place.
I’ve been a fan of Trump’s since the 90’s. I’ve been to several of his seminars. I’ve attended Trump University. I’ve been to one of his casinos in Atlantic City.  I’m pretty sure I’ve read all, if not most, of the books he’s written. The first two times I ever heard of Donald Trump was on TV. He was a guest on Oprah and a guest star on Fresh Prince. I grew up watching both, and at a young age, I became a Trump fan.

I mean, who didn’t want to grow up and become well known, liked, and rich AF?

When I knew I was destined to become a salesperson for the rest of my life, I started reading Donald’s books. I read Art of the Deal in 2004 and was hooked. I wanted to learn everything I could about  real estate so I could be a stone cold closer like Trump. The dude has his name on everything. Including our country’s government now. That’s some closer sh*t for real.
Of all the books I’ve read, all the news I’ve watched, all the emails I’ve read and everything else, I’ve put together the top five lessons I’ve learned about sales from Donald Trump. Like him personally or not, look past the BS and take the lesson. Eat the meat, throw away the bones. (Someone said that to me lately and I like it).
You are the star of the show – Trump has always been the face of everything he’s done. This has allowed him to take all the credit when things go right and deal with all the drama when things don’t go right. You never hear him publicly blame anyone on his team; he always deals with the public.
Meanwhile, behind the scenes, Trump hires the most talented people in the world to make him look good. Salespeople need to take note. We sales folk tend to do everything ourselves and refuse to hire help. Hiring help frees you up from the BS and allows you to go out and face more of the public. Not to mention reducing the stress of having to do everything yourself. So, be the star of the show, but be sure to hire a production crew as well.
Don’t be afraid to ask for the business – Trump has a certain way of doing business which leaves him fearless. Whether a deal works or not, he’s still going to be rich. This gives him the confidence to ask for whatever he wants. Case in point with the recent Carrier, Ford and Toyota jobs deals. While the sitting president accepted that they were moving, Trump called the CEO up and offered them a deal. He asked for the business and they agreed. It was that simple.
Growing up in the NYC real estate game turned Trump into a ruthless salesman. He’s had to work deals and negotiate with some of the toughest businesspeople in the world. As a salesperson, he had to get over the fear of losing the deal and learn to ask for the business no matter what. Same goes for you. When you’re in the deal, don’t be afraid to lose it. Better to have asked and lost than to have not asked and lost.
Everything in life is negotiable – Trump negotiated with the American people all the way to the highest position in our country. He knows everything is negotiable. He’s proven he’s mastered negotiations. When you see any clip of Trump or read any quote of his, you’ll realize he’s always trying to work a deal. He’s not just a businessman, he’s the best damn negotiator on the planet.
Being able to negotiate is like being good at poker. You never know what the other person is holding; you’re just betting on yourself. When you get to a place where you are not afraid to lose, you negotiate to win. Most people suck at negotiations and when you become good at them, you can really gain an upper hand.
When you say you are going to do something, do it – As we all know, Trump has had a lot of failed businesses as well. Just like you and me, each time he’s failed, he’s learned a lesson. The lesson he repeats over and over in his books is keeping your word. He’s gone bankrupt trying to keep his word with the banks who loaned him cash. He’s built a brand as a person who does what he says he’s going to do.
Let’s take the run for presidency, that he just won. He told the people three years ago that he would be the next president. He promised he would do whatever it took. He kept that word and now people feel like they can trust him to keep his word in the Oval Office. Will that be the case in 4-8 years? We will see.
Never fear your competitors – Trump must have ice water pumping in his veins. He ran against the toughest, meanest, political campaign in history. They called him everything. He shrugged it off and stayed focused on his mission. If Trump were a local business, his Yelp reviews would be the worst on Google, but he’d still be kicking ass.
Trump doesn’t let the fear of consequences keep him from taking a risk. You shouldn’t either. In my time, I’ve had to go to prison. I’ve faced a fear that most can’t fathom facing. Not a single one of my competitors or anything they do scares me. I’m pretty sure Trump feels the same way.
Looking past the fact of if you like Trump or not, these five takeaways are crucial to learn and master if you want to stay in business and make it big in the long run. As the saying goes “I’d rather be paid than popular.” Think about how that comes into play in your life. You can’t please everyone.

You just need to please the ones you can.