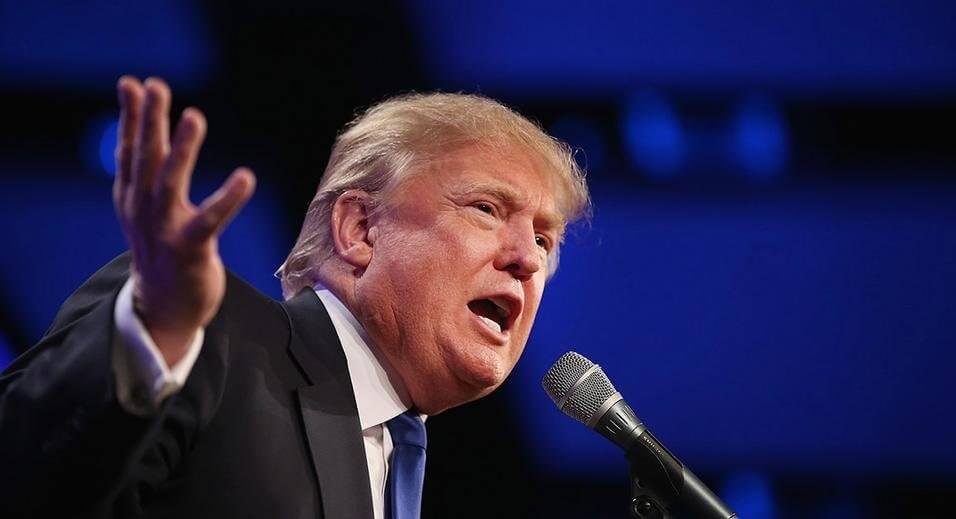 Hate him or love him, you gotta admit the man with the bad hair is a badass. Donald Trump is not only filthy stinking rich from many wise business decisions, he’s one of, if not THE, best salesman in modern times.

Think about it. He’s sold his way into owning the Miss USA pageant, being a TV star on The Apprentice and causing controversy on news programs and social media. The guy is a professional mind changer. He’s got power, influence and know how that makes them work.

Yeah, I know that lately he’s been saying some outlandish stuff and I’m not here to talk politics. I’m just here to elaborate and appreciate the dude for being one hell of a closer. Matter of fact, I’d be willing to bet that Donald’s hair is a better closer than you are.

We all know Donald as a ruthless real estate investor and casino owner. We’ve seen him hire and fire people on live TV. We’ve even seen him talk sh!t live on TV to high powered celebrities, big time CEOs and even multiple Presidents of the USA. The guy has balls and it takes balls to be a salesman.

Right now, like it or not, The Donald is taking on his biggest sales position ever. Selling the citizens of the United States of America on his ability to not screw up our nation any worse than it already is. That’s one hell of a high gross sale if he can pull it off.

Again, I’m not promoting or voting for Mr. Trump. I’m simply going to show you how his methods of selling are some of the most powerful and bold sales tactics that exist. Like him or not, you could get closed by him. Like most of us salesmen, people may not like us, but they will damn sure buy from us.

There are several distinct reasons ole Donnie is able to close millions of Americans into trusting him on a broad scale. I’ll do my part to list and elaborate some of them here. You’ve got to do your part and take this knowledge and implement it into your own business.

Like him or not, @realDonaldTrump is a stone cold closer. If you deny that, you’re just a hater

Now I’m no fool and neither are you, we know enough to know most people are full of sh!t, but at least Donald pours it on like it’s real. When in sales, if you come across as brutally honest and set real expectations, your prospects will respect and obey you.

When you are able to look any man in his eyes and say what needs to be said without showing fear, you can pretty much close anything. It’s hard to do that with lies. Being brutally honest makes you come off as genuine, and that’s an attractive quality to a lot of prospects.

If I had 8 billion dollars, I’d be confident as hell as well. Shiiiiit, I don’t even have millions and I’m already cocky AF. We can all be confident with big numbers in our account. Trump though, he’d still be confident even if he went broke. He believes in himself and his ability.

Some call it arrogance, some call it ego, but bottom line is that it’s a belief in ones self enough to not listen to people who don’t matter and trust your gut. The ole hairpiece knows he can rely on his smarts. Even when Macy’s, NBC, Universal and others boycotted him, he still had the balls to stick to his guns and ended up getting most of those contracts back.

The third thing that makes Donnie a closer is his experience

Fortunately Don has 8 billion dollars worth of experience. He’s worked on projects from real estate to TV and he’s ran, sat on the board and funded countless businesses. When he gives a sales pitch he can back up the facts, features and benefits with his personal experience. He’s been there, done that.

Knowing that what you say and what you offer will work out the way you’ve experienced it before is a sure way to gain the trust of your prospects. If they know you’ve done it before, even if you’ve failed but learned from the failure, they will trust you and give you the business.

He has money. Donald has contacts. If the person he’s pitching doesn’t want it, he will find someone who does. The prospect knows this. They know Don is gonna do it with or with out them and they don’t want to miss out. They end up being the ones who are scared NOT to buy.

When you got a helluva track record of winning more than you’ve lost, the prospect is often willing to trust you enough to buy. They don’t want to miss out on where you’re going. It’s not easy to get this type of reputation but once you earn it, you don’t you dare burn it.

Donald has the connections. He’s got the knowledge. He’s even got the money. He’s damn near got it all. When you’re supplied with an endless network of connections that can help with anything you or those around you could possibly need, others feel secure and sure that you can deliver.

When you’re the go-to guy and the first point of contact when your prospect needs something, you learn to leverage relationships really quick. Just like if Donald wants to borrow money from the bank, he may offer to connect the bank CEO with a couple of his friends to work with. The power of leverage is real my friends.

The big question now is: Can Donald sell his way to being president?

It’s definitely going to be his hardest sale yet. He’s a polarizing dude, so like him or not he’s going to attract a large crowd. Like Kim Kardashian, nobody I know admits to watching her shows, but some one is or they wouldn’t play on TV all day long. Donald is like a Kardashian, he’s secretly everyone’s favorite person to watch.

I’m no Donald Trump but if you want some serious sales help, I can definitely show you how to close more sales and market yourself in the most effective way possible. If you’d like to talk about hiring me as your personal consultant, simply fill out the form below.