5 Social Media take aways from the death of Larry Hagman 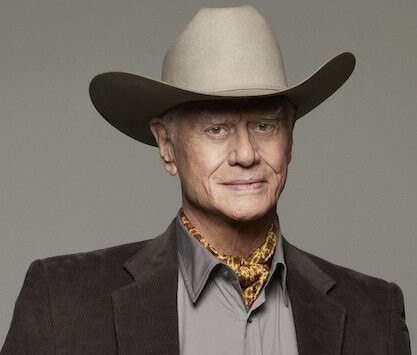 Leave it to a dude from Dallas to write an article about a dude that played a character on a TV named “Dallas”. Now that I have gotten the obvious cliché out of the way, it’s time to get a little more serious. I was sorry to hear about the death of Larry Hagman today.   First you must know this; I have never seen one episode of Dallas, new series or old. I have thought about watching it many times but time has not permitted me to get addicted to a 14 season TV series.

I’ve heard a lot of buzz over the years about Dallas. J.R. Ewing must have been quite a character. When I think of Larry Hagman, I don’t think of “I dream of Jeannie” even though I have seen every episode. My mind immediately thinks of JR Ewing when anyone mentions Larry Hagman. Come to find out, after asking around most people forgot all about him being on I dream of Jeannie. Everyone pictures Larry Hagman as J.R. Ewing.

When the original Dallas series aired, social media was not around. The show gained popularity for two reasons. Reason one is the lack of TV content in the 70s when the show first came one. Reason two is word of mouth. People would say “Did you see what JR did in last week’s episode of Dallas? JR is a crude SOB” or something to that effect.

People loved to hate J.R. It made for good TV, good drama and good controversy. Even though people hated him, they knew who J.R. Ewing was. He stuck out in their mind and Major Tony Nelson ceased to exist in the publics mind. Here are 5 social media take aways from Larry Hagman’s death.

Take away 1: If you are going to do anything, do it full on. The J.R.Ewing character was all in. It did not matter what the price was, J.R. was willing to pay it. He even went so far as to commit crimes to get his way. Now I’m not telling you to break the law but I am telling you to get committed. If you are a sometimes’r on social media, you will become irrelevant. Time decay of posts is one of the three things all social media sites look at when deciding what ends up in the newsfeed. With that being said get all in and post frequently every day on social media. Don’t stop of let up until you reach your goals.

Take away 2: Any buzz is good buzz. The fact that Larry Hagman became known for his role as J.R. Ewing more than he was known as Major Nelson does not matter. What does matter is that people know who he is. Your social media is no different. Whether people are talking good or bad about you, the fact is you are on their mind…and that’s always a good thing.

Take away 3: Brand association can stick with you for life. Even though Dallas went off the air in 1991, Larry Hagman was still known as J.R. Ewing. He had appeared on other shows and movies since then, but the J.R. bill seemed to stick with him. When you brand yourself, make sure you do it right. Larry is proof that any one branding can last a lifetime.

Take away 4: If you are passive aggressive you will never get what you want. As Major Nelson on I Dream of Jeannie, Larry played the role of a NASA astronaut at the height of NASA coolness with smoking hot blonde that he is madly in love with but never even so much as kisses. He spent too much of his time trying to control her and make her his version of happy, this in turn caused him to loose his mind on the show. If you are posting in social media but not being clear of your intentions or what you want to accomplish, your audience will never do what you want them to do. Be clear and specific in your calls to action via social media.

Take away 5: Don’t be “All Hat and No Cattle.” One of the more famous Texas sayings is “That guy is all hat and no cattle” It’s our way of saying you’re all talk and no walk. On Dallas, J.R. had nice hats and a BUNCH of cattle. He was branded to us in every way as a TRUE character. You too need to do what you say you are going to do, how you say to do it. If you are advising others on how to do social media, but you are not following your own set of rules, you are destined to fail. If you are selling a product via social media that you don’t believe in, the truth will come out and it may hurt or brand you in a bad way.

Even though I have never seen an episode of Dallas and I have no clue what type of person Larry Hagman was in real life, I can gain a lot of good insight by what people have said about him on facebook, twitter and redditt. Your reputation is all you have these days. You must protect it by any means necessary.   Had social media been around when Dallas first came out, I believe there would have been “Who Shot JR?” poles everywhere. There might have even been youtube JR shooting re-enactments. The bottom line is this; Strong branding can last forever.   RIP Larry Hagman. We learned a lot of lessons from your characters over the years.