5 Top Reasons Salespeople Are Afraid To Ask for the Sale 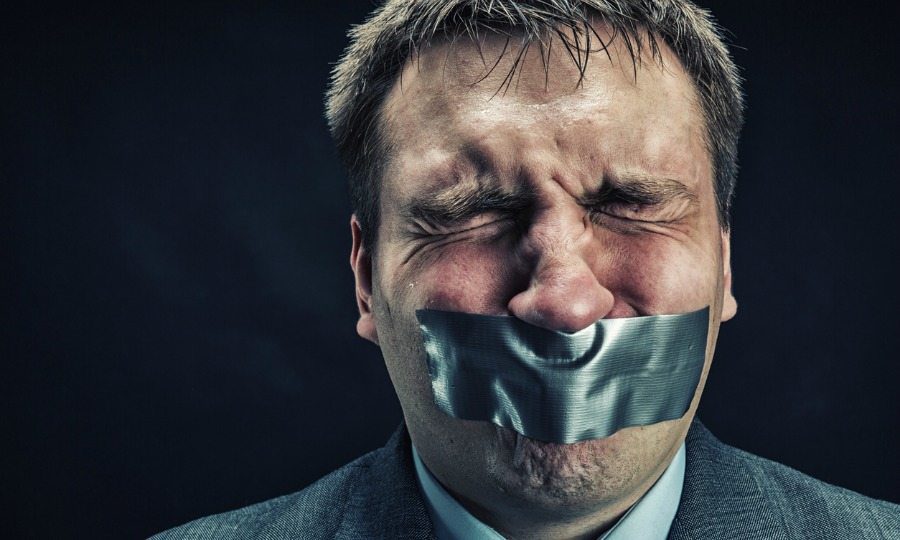 If there’s one thing that’s cost millions of salespeople billions in income, it’s the fear of asking for the sale. There are some key reasons folks who work in sales are afraid to seal the sell and close the deal.
When I worked in the mortgage business, I’d be headed down the hall from my corner office and I’d have to pass the guys working in the cubicles. Most of them were better off waiting tables than selling products. They would do anything to take an order and nothing to close a sale.

I’ve spent a lot of time thinking about why people refuse to ask for the business.

Just the other day I spoke with a guy who said all his leads were broke people and he was afraid to ask them for money. Their definition of broke might be different than his. I know when I say I’m broke, I’ve still got a lot of money left. Yet he was simply afraid to ask. And he simply wasn’t closing sales.
I’ve got the top five reasons salespeople are afraid to do their jobs and close the sale. I think you’ll be surprised at some of the things people let come between them and a big paycheck.
Haven’t Earned It – I think this is the #1 reason salespeople fail to close the sale. It’s no secret most people are lazy. It also no secret there are a lot of people who feel entitled these days. These are the same people who never ask for the business because they know they haven’t done anything to earn it. They feel like the client should ask to buy from them instead of them asking the client to buy.
Another example of this is when a sale is going really smooth and easy and the salesperson wants to work hard but isn’t given the chance. I’ve seen lay down sales right in front of a salesman, begging him to take their money and he was still talking about BS the prospect didn’t care about. Mentally, the sales guy felt like he hadn’t worked hard enough to ask yet. When the time is right, hard work or not, close the deal!
Fear of Rejection – I know we always say that if you have a fear of rejection you shouldn’t be in sales, but truth is, a lot of salespeople have this fear. They say they ain’t scared but the results of their paychecks say something completely different. People are scared to death of being told “no” and no matter how many times you’ve heard it, it still sucks.
Some salespeople are so scared of the word NO they will do damn near anything to avoid hearing it. This includes not asking for the sale. I know to some of you reading this, it sounds absurd, but it happens. If you’ve ever worked on any kind of sales floor and paid attention, you’ve seen it happen firsthand. If you’re scared, you’ll starve. That’s a given in this industry.
Mental Upper Limits – The gray matter between your ears can do some weird stuff. How we act as adults is in direct correlation to how we grew up and the choices and decisions we were forced to make. Those of us who grew up poor and as outcasts have some serious upper limits lodged in that gray matter.
Upper limits are not just about sales. They come from the money you make from sales. As crazy as it sounds, some people are legitimately scared of money. They will deny it to their death, though. Just like the teenage boy who acts cool to his friends but is really terrified to have sex with a girl, the same thing happens to salespeople. They act like they love money but truth be told, they are afraid of having too much.
Worried About Being Too Aggressive – People are afraid to be pushy but pressure makes diamonds. Humans have a hard time making decisions and they need a good salesman to help them decide. After all, if you have a good product, you owe it to your prospect to nudge them into making the decision that’s best for them.
There’s a difference between being a pushy asshole, and pushing the prospect into making the right decision. I’m actually a pretty pushy sales guy but I do it under the guise of humor and I’ve never once, not in 18 years, had a complaint filed against me for being too pushy. It’s time to get over it and go close sales.
Don’t Want To Lose the Prospect – If I had a dime for every time I’ve heard a salesman say, “I didn’t want to piss them off and have them not come back,” I’d have a lot of dimes. Look, if you let the prospect go, you already lost them. Don’t you think you should do everything you can to not lose them? That’s what I do, I do my best not to lose them.
If you’re afraid you’ll lose the prospect, you’ve already lost them. I’ve never understood why salespeople feel like they will run a prospect off by asking them to do the thing they are wanting to do—buy something. I’ve never asked a prospect to buy from me only to have them storm off. If they came to buy something, I want to sell it to them.
If you know someone who’s being a little bitch and needs to start asking for the business, send them this article or tag them in the comments below. If you’re struggling to close sales, just start asking for the business. You can’t close if you don’t ask for the sale. If you want more help with sales and lead gen, join my mastermind at www.breakfreeacademy.com/entourage
← THC Podcast 073: How To Build An Audience Of Raging Fans Greed Vs. Loyalty [Video] →