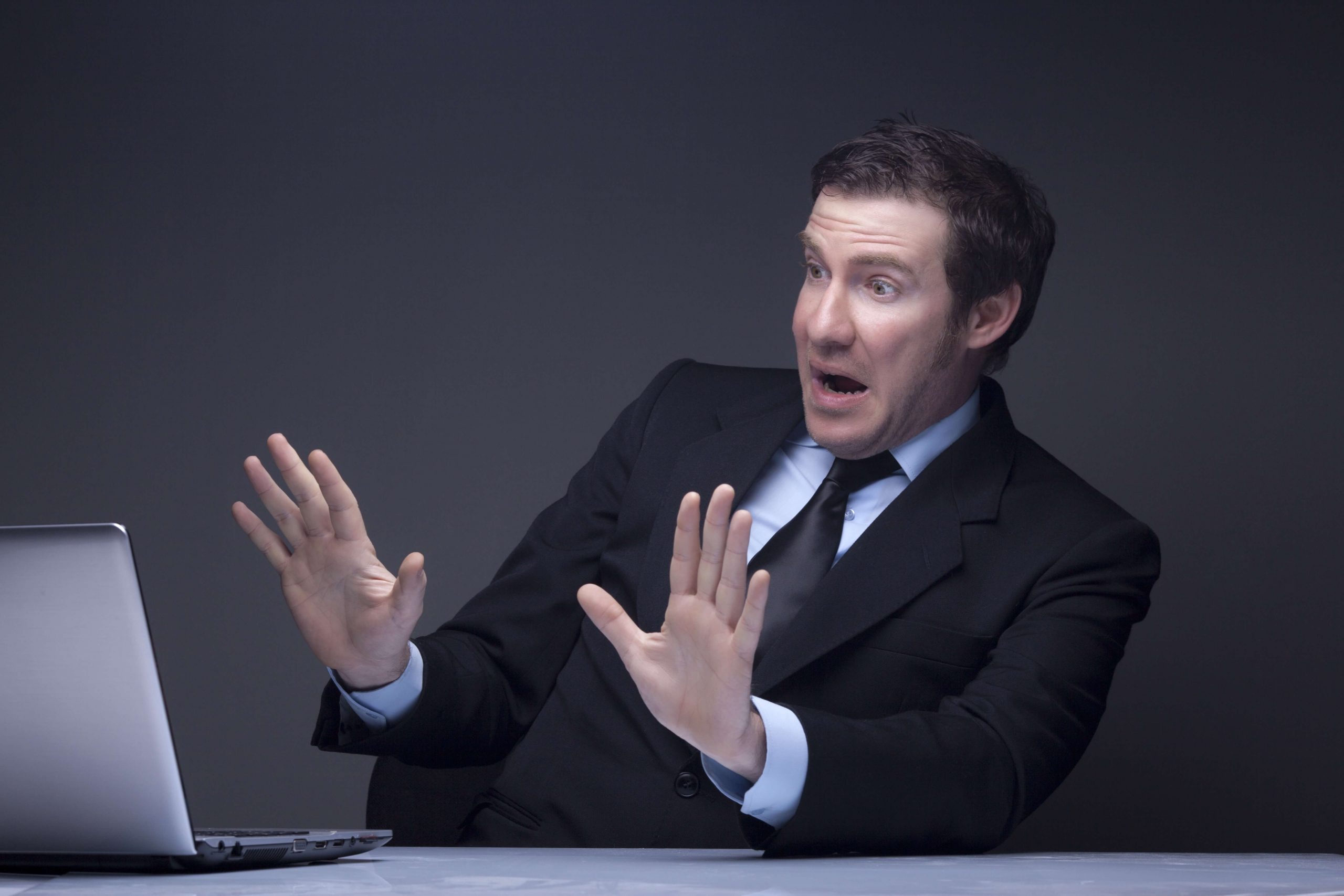 If you’ve been around the sales game for any amount of time, you’ve seen your fair share of both green peas and experts blow sales. It’s like watching a train wreck. You want to look away; you even want to help, but all you can do is watch. Watching a sale fall to hell is one of the most entertaining parts of our job, as long as it’s not our sale.

We always talk like it’s only the new guy who’s blowing sales, but we’ve all seen a lot of old heads screwing up deals, too. These are the guys who insist on still using 80’s sales tactics while trying to close in 2016. Even the customer sees through their BS from miles away. Losing a sale hurts everyone, though. When the new guy or OG blows a sale, it hurts the reputation of the company, which affects everyone…even the prospect…because they didn’t get their problem solved.

In all my years of selling and managing sales people, I’ve noticed some key common mistakes sales folks make, which cost them sales. I’m going to point out the seven most common things average salespeople do that cost them closes. After reading this, you’ll have to take self-inventory and make sure one or more of these habits is not costing you. Here are seven mistakes average salespeople make that cost sales:

This is the biggest and most common mistake you can make as a salesman. Yet, it happens all day, every day. Talking too much costs salesmen and businesses billions annually (accurate guess.) I know that the world says, You’re a good talker. You’d make a good salesman. But, that’s usually coming from the mouth of someone not in sales.

The truth is, great salesmen operate in silence, like the “G” in lasagna. A master salesman knows the prospect should say 7-10 words for every word he speaks. If they speak for thirty seconds, you speak for five. Asking questions is the key to getting the prospect to talk. Get them to talk and they’ll tell you what to sell them. If you’re busy talking too much, they can’t get a word in and that word could be “sold,” but you’d never know.

#2: Not Knowing the Product

If you’re not asking the prospect questions, they’re asking you. If you don’t know the ins and outs of what you sell, you’re done. Without proper product knowledge, the prospect will think, I like it, but this guy knows nothing about it. I need to make sure it solves my problem. They won’t buy due to lack of certainty.

You owe it to your prospects, your company and yourself to know every detail about what you sell as well as every angle in which to sell it. Only average people wing it when it comes to work. To be an exceptional and master salesperson, you have to know every feature of your product or service, inside and out. Prospects rely on you for answers. If you don’t have the answers, they won’t have the confidence to buy.

#3: Don’t Believe in What They Are Selling

When I sold cars, I drove what I sold. I knew if I was going to be a top producer, I had to be bought in. I wanted to experience what the client would experience. I wanted to look at them in the eye and tell them I made the same buying decision recently and that I was happy. Any service questions, equipment questions or otherwise, I had answers for them firsthand, because I’d sold myself first. I was my first sale.

Most people don’t, and won’t use what they sell. It’s sad. Salespeople wonder why they aren’t selling a lot of product, only to realize they’re selling something they don’t believe in and wouldn’t buy themselves. It’s hard to convince someone to do something you wouldn’t do without using the phrase: “I dare you!“

Ever heard the phrase “Keep It Simple Stupid” before? It’s probably the most well-known, yet ignored lesson in sales. Just because you know everything about the product and process doesn’t mean the prospect has to hear it. When the double helix was discovered, and the scientist was awarded the Nobel Peace Prize, it took him five minutes only to explain the entire presentation. If it takes more than five minutes to explain what you sell, you’re overcomplicating the process.

These days, people have short attention spans. When you overcomplicate the interaction (talking too much: see #1), you lose the prospect’s attention. When I sold mortgages, if I had tried to explain the bond market and how interest rates worked I would have never closed a single deal. Instead I always said, “Low rates? Got ’em!” I kid you not; I sold thousands of mortgages using that phrase.

#5: Selling the Product, Not the Results

No one wants a mortgage. What they want is a house. The mortgage is merely a hurdle in-between what they have and what they want. Sell the house. Not the mortgage. When I sold mortgages, I watched dudes struggle all day long trying to sell interest rates. Meanwhile, I crushed it selling houses. Ultimately, we both sold the same product, but I sold results: homeownership.

Think of it this way. No one wants a drill. What they want is a hole. Find the hole and fill it. That’s the way of a true salesman. Average salespeople pitch products. Master salespeople sell results.

When a salesperson says, “Thanks for your time,” or “I really appreciate you taking the time with me today,” you insinuate the prospect’s time is worth more than yours. You give them a dominance frame you will struggle to come back from. Thanking a customer for their time is like asking about the weather. It’s small talk that’s not needed and positions you in the wrong light. Avoid it.

Your time is just as, if not more important, than the prospect’s time. Make sure you let them know. My favorite is to push the rushed sale. In other words, I let them know up front that I’m busy and this process will be quick. I let them know I’m not here to waste my time or theirs. We’re getting this deal done. Now.

This is the most annoying, yet lucrative part of sales. Most salespeople simply refuse to follow up. Be it because they have a steady stream of new leads, or maybe they didn’t earn the right to follow up. Either way, most salespeople don’t follow up and are scared to death to do it.

Meanwhile, over here in Closerland, we call everyone until they tell us not to. Our secret is always calling with a gift. “Hey Ryan, I have a blog post I’d like you to read,“ or “Hey Ryan, I have a free book for you. Where do you want it sent?” My prospects enjoy the follow up. They know even after they buy, we follow up and make sure they are happy. When you take action, you show you care.

Want to know how to tell if you’re an average salesman or not? Look at your check. If you made less than $10,000 in the last month, you’re average. You may not want to hear it, but it is what it is. Don’t even come at me with the: “You can’t make $10,000 a month selling what I sell.” There’s someone out there doing it, which only reinforces how average you are. The truth will set you free, but it may piss you off first.

← Taking The COLD Out Of Cold Calling Hate Salespeople? Here's How The World Would Be Without Us →