7 Things Sales Managers Are Tired of You Complaining About 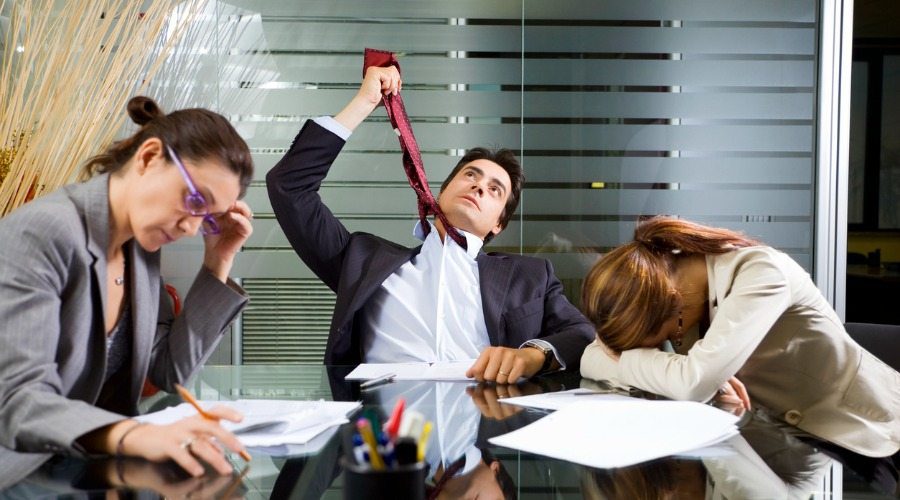 To. me, being a sales manager is like being a bull let out into the pasture. At one point, the bull was a raging, dangerous animal that got results. In the end, the bull winds up in the pasture, eating grass, with his balls cut off. Going from top salesperson to sales manager is a lot like that.
Being really good at sales isn’t the end game for a lot of companies. Companies take top salespeople, then promote them to into management. It’s like being a really good chef, then getting promoted to being a farmer. It makes no sense.

Sales and management are nothing alike, but the progression exists any way.

My first corporate job was as a loan officer for a mortgage company. After working there a year, I was top sales person across the board. The CEO of that company promoted me to management. I was so excited. You see, prior to working as a MLO, I was a car washer. When I got promoted to manager from car washer, not only did I get a raise, I didn’t have to physically wash cars any more. It was awesome. I thought the same thing would take place in mortgages. I was wrong.
After about six months taking an income loss and managing people who weren’t as motivated as me, I went back to sales. Left all the management BS behind and tripled my income by going from manager back to sales. I also realized that the role of the sales manager was not in the best interest of the sales force, but it is in the interest of the company. I’ve always been on team salespeople, so it didn’t work out.

Being a sales manager is a thankless job.

You get none of the credit for the sales, and all of the problems that come from the sales squad.
Some people are naturally good at this, most of us salespeople are horrible at it. The best managers are those who can play office politics and listen to the complaints of the salesforce without telling them to “shut the f*ck up.”
I’ve comprised a list of the top seven things sales managers are tired of hearing salespeople bitch about.
Lack of Leads: I never understood this. As a salesperson, if you don’t have enough leads, it’s your job to go out and create more leads. Hit up past clients for referrals. Go out and network with new people. Don’t bitch to your manager about needing more leads. That’s a bitch move. A real salesman goes out and gets what they need.
Lead quality: To me, there’s no such thing as bad leads. When I worked at a mortgage company in 2008, I would listen to the dudes in cubicles bitch about having shitty leads. Meanwhile, I got the EXACT same leads and made $300,000 for the year. It’s never the lead, it’s always the salesman.
CRM: There’s no such thing as the perfect CRM and you should just go ahead and accept that fact. Complaining to your sales manager won’t make it any better either. We all know CRMs are difficult, it is what it is. The faster you get good at your CRM, the faster you will make more money.
Other salespeople: Who gives a sloppy shit about what Bob from three cubes over is doing? I never understood why salespeople tell on and complain about other salespeople. For f*ck’s sake, focus on what you’re doing and stop worrying about what the other guy is doing. Stay in your own lane…
Working too much: Sales is a job that requires a lot of hours. Not all hours are worked in the office either. The moment you took a job in sales, was the moment you said “goodbye” to the possibility of working a nine to five. People in sales must work a lot. If you don’t like that, you can go get a normal nine to five that pays $40,000 per year instead of $40,000 per month.
Prices too high: Price is only an issue when there’s an absence of value. If you show the prospect the value, they will buy. Price doesn’t matter. You can buy a quality watch for $150, yet for a Rolex you can pay $50,000. Same watch, same result, different intrinsic value. If the price is too high, you’re simply not a good salesperson.
The competition: The competition is always gonna get away with shit you can’t. When I was a MLO, there were a lot of banks lying about low interest rates. A lot of the other MLOs would complain about it to management. I made sure to let my prospects know the other banks were some got damn liars. Instead of complaining, I got to selling. The competition is none of your concern.
If you’ve ever complained about any of the above to your sales manager, you get one pass. The time to knock it off is now. The above listed items are up to you to fix, not your sales manager. Salespeople who complain to the manager about shit they can fix themselves are pikers.
We’ve all worked somewhere with the one or two dudes who were always in the manager’s ear. Brown nosing, gossiping and complaining. These are the same people who always have low commissions and high frustrations. Management already has a hard job. Don’t add to it. On top of that, in most cases there ain’t shit management can do, so your complaints fall on deaf and useless ears.
For those of you who read this and laughed at some of the people you work with, you’re my kind of people and I want more like you in our billion-dollar mastermind. You can get all the details and join us at www.breakfreeacademy.com/entourage
← Book Review: Tribe of Mentors by Tim Ferriss The One Piece of Sales Advice That Changed My Life [Video] →