7 Truths You Need To Know About Haters 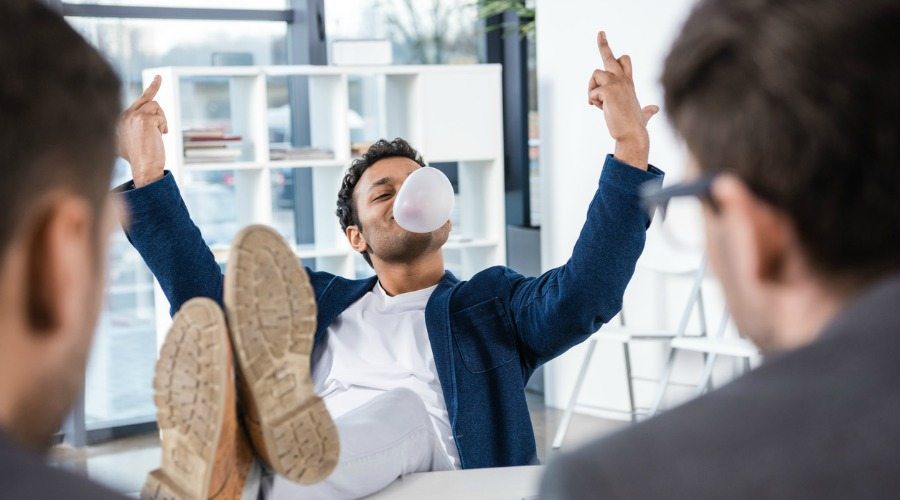 If you don’t have any haters, you’re not making enough noise in your marketplace. These days, pretty much everyone doing something great is hated on by someone doing nothing. That’s what people do these days. Instead of hustling hard, doing what’s right and being cool, they’d rather argue politics and hate on successful people. It’s a sad state of affairs.
A month ago, I was at a Tony Robbins’ event sitting front and center. Tony stood next to where I sat the entire three hours he spoke. Every time he moved, a bodyguard followed him around. The bodyguard crouched down and hung back, but he was always looking right at Tony. I thought to myself who TF would want to hurt Tony?

Then it dawned on me that everyone has haters.

I realized that if Tony Robbins, the closest living thing to Jesus the world has seen, has haters, I’m doomed to deal with them forever.
I’m gonna do what I do best here and get real with you. I used to be a hater, too. I wish it weren’t true, but it is. I didn’t even realize I was doing it; it just happened. I used to hate on people who did nothing to me. I’m really ashamed to admit it. When I was doing it, I felt justified and thought it was righteous to call people out. Now, I realize I was just being a fool.
This year was a big year for me. Not just financially either. I learned some things about myself and life that will stay with me forever. I took DMT this year twice and both times it opened my mind to see where I was falling short. I also hired the best mental coach in the entire world. He showed me what was really going on in my mind.
Looking back, I realize that the people I hated on, knew about me, the same things I know about those who now hate on me. It’s time to reveal what I learned about hating and haters over the last decade. I get hate mail every day. I get tagged in f’d up comments all the time. I see the same patterns, and I’m going to show you why having haters is actually a good thing.
Haters Speak in Projections: The things the haters say about you are actually just the things they hate about themselves. One of my favorite sayings is: “If you spot it, you got it,” and that’s exactly why it’s so easy for haters to point out what they don’t like about you. It’s also what makes it hard for people on the other side to understand why they are being hated on.
Haters Always Reveal the Truth: Haters always tell you the truth about themselves. I once had a hater tell me I was running a Ponzi scheme and embezzling money. I was like “Where is this person getting this info from?” It turned out, that person was the one doing both of those things. When you get blamed by someone for doing something you haven’t done, the person pointing the blame is always the guilty party.
Haters Are Obsessed with You: I’ve had one guy who has trolled me every day for over seven months. If you look up “obsessed” in the dictionary, there will be a picture of all your haters next to it. They want to be you, can’t stand your success and are mad at themselves. This is the formula to obsession.
Haters Are Mad at Themselves More Than You: When you’re living the good life and someone starts hating on you, it’s hard to understand what you might have done to set them off. It’s not about you though. You’re simply the target of their aggression, not the source. The source is that they hate themselves and where they are in life. You’re just the person they project it at.
Haters Are Eaten up with Jealousy: What if some dude stole your wife, moved in next door and raised your kids alongside you? You’d lose your mind with jealousy. That’s the same level of jealousy haters have. In their mind, everything you have, you took from them. In their mind you’re to blame for what they lack.
Haters Secretly Wish They Were You: This is the real root of the problem. The haters want to be you. Most people live life unhappy with who they are. They want to be rock stars, TV stars and billionaires. When one of us makes our dreams come true, those who didn’t level up and do it themselves hate you for being what they wish they could be.
They Don’t Know You Know Their Secret: The thing you need to know about haters is that they secretly do all the above-listed truths. The thing is, they don’t know you know. I now know that when I talked shit about Grant Cardone or Gary Vee, they knew it was for the above reasons. Now, that I realize what I did, I’ll never hate on anyone’s success again. I had to learn to think bigger.
Don’t sweat the haters. If I had $1 for every hater, I’d have about $500 and $500 ain’t worth my time. As you grow your following and build your network, haters will surface. Don’t let them and their dirty tricks steal your focus and keep you from doing what you know you need to do to make the most of your life.
If you acknowledge them, the haters win.
Stay hater free, don’t sweat the bullshit and keep doing what you’re doing. If you’re making people jealous then you’re doing it right and don’t let anyone else tell you otherwise. To join a hater-free network with a bunch of badasses focused on winning go to www.breakfreeacademy.com/entourage
← THC Podcast 094: How To Scale Your Business To $100,000 A Month (Regardless Of Your Industry) Holiday Hustle: Part 2 [Video] →