All Self-Made Millionaires Have This in Common 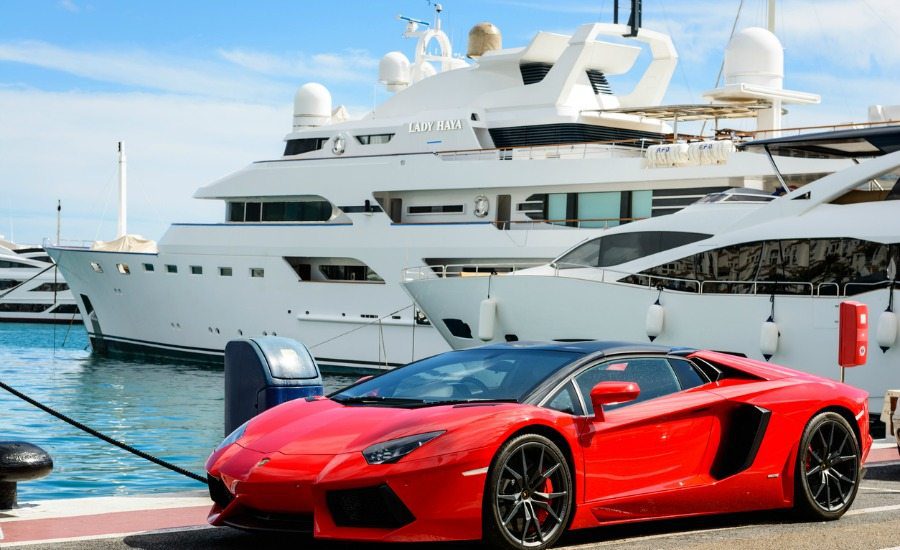 Before we get into it, let’s define what “self-made millionaire” means in the context of this article. For the purposes of the following editorial, “self-made millionaire” will describe any millionaire who did not inherit their fortune. Anyone who climbed up the ladder started their own business or just flat out hustled their way to the top is what I consider a self-made millionaire.
I can tell you from first-hand experience; the first million is the hardest. Once you jump over that hurdle, it gets easier to keep racing, but boy is that first million hard. At least that was the case for me. In 2008, I had $20 to my name. No home, no job, nothing. I was at what most call rock bottom.
Today I run a company called “Break Free Academy,” where we help salespeople and entrepreneurs build and grow their businesses. It didn’t happen overnight. In order for me to get where I am today, I had to sell everything I owned, move in with family and risk it all. Sure, that risk is paying off now, but you never know what’s around the corner when you’re a boss.

Before I joined the millionaire’s club, I became obsessed with those who were already members.

I’ve read thousands of books and watched countless hours of videos on how to make a million dollars. I’ve joined masterminds led by Frank Kern, Russell Brunson, Kevin Nations, Garrett J. White and David Goggins so I could learn how to make it, keep it, stay focused and keep growing.
It’s one thing to get that first million; it’s another to keep it. It’s even harder to keep growing it. While one million is awesome, 10 million takes some serious work and growth. It’s tricky, too. If you grow too fast, you can crash. If you don’t grow fast enough, you can die from debt. The same things that got you your first million won’t get you your 5th and 10th million.
While I studied and modeled dozens of millionaires, I started to realize there were several common traits that existed across the board. Things like: self-starter, motivated, having come from rough patches in life. All are almost always a part of each millionaire’s story. But there was one thing that no one mentioned, yet everyone had. It’s an unspoken trait that all self-made millionaires have in common.
In the last decade alone, I’ve read more books than I can count and attended more seminars than I care to go back and add up. I’ve heard so many successful people’s stories, a pattern formed. When I started looking for this one thing in my own business and life, I quickly joined the millionaire’s club, right alongside the same heroes I’d studied to get there.
The one thing all these self-made millionaires have in common is the belief they can do what they set their minds to. Their self-belief separates them from their peers. While most people doubt themselves, self-made millionaires believe in themselves even when no one else does.
You see, the line to success is not straight; in fact, it’s anything but. What happens is most people drop out when the line dips. They feel like they have failed and they accept defeat and return back to an average life. Self-made millionaires believe they can get through anything and work it out. While most people quit at the first sign of the struggle, self-made millionaires (SMMs) push through and learn important lessons along the way.

Making a million dollars is not easy.

That’s why only 15 percent of people in the United States ever achieve millionaire status. Most people drop out or get comfortable on the path to seven figures. SMMs push through and never stop growing no matter what. When you’re committed to winning over everything else, you HAVE to believe in yourself.
In business, you will be attacked. The IRS, the local agencies, past clients, unforeseen expenses, employees quitting, competition coming after you, the list goes on and on. If you don’t have 100 percent faith in your abilities, you can’t push through these types of barriers. You must adopt a never-quit mindset and believe you can do what you put your mind to. I personally feel that I can do anything I set my mind to. I have a hell of a track record of doing so.
If you want to know what separates those who come from sh!t beginnings and who go on to make millions versus those who decide to settle, it’s the belief that no matter what comes their way, they can get through it, over it or out of its way. It’s all about believing in yourself, pushing through the painful parts of business and going all in.
Maybe it’s time you decide to commit and believe in your ability to do whatever it is that you KNOW you need to be doing. We are all faced with the big decision: To go all in and win at any cost or to step back and settle for what you have. What you have now will most likely be there in the future if you need it again. I encourage you to bet on yourself. You can do whatever you 100 percent commit to.
Meanwhile, the other best thing you can do is surround yourself with millionaires and people who are doing what you want to do. I’ve created a networking group called “Entourage” where you’ll get weekly mentoring from me and a massive network of rainmakers and closers. Find out more at www.breakfreeacademy.com/entourage
← 5 Ways To Get FREE Mortgage Leads From Facebook THC Podcast 093: The Top 5 Reasons You Suck At Sales →