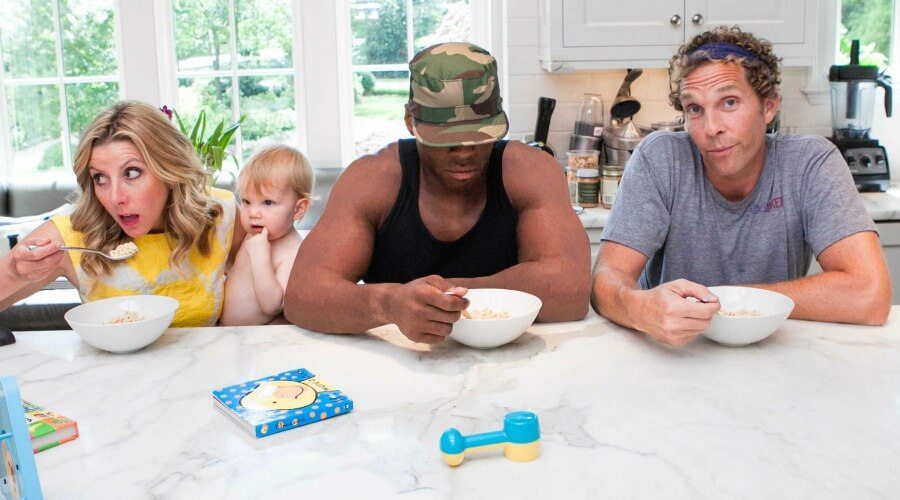 We were rolling down the tollway in North Dallas and our driver fell asleep. None of us were paying attention because we were all talking in the backseat. Up ahead, a car was parked in the middle of the tollway just sitting there. My buddy, Mike yelled out, “Wake up, man!!!” and the driver swerved just in time for us to miss the car.

My life flashed before my eyes sitting in the third row of the black Cadillac Escalade EXT.

Just two minutes before that, I’d gotten the news that the next person we were picking up was David Goggins aka SEAL from the book Living With a SEAL. We drove to Arlington, picked David up and took him on my dime to see Joe Rogan live at the Verizon Theater. We had a great time and I got to meet a true American hero.

About a year ago, I was featured inside the same magazine that had advertised Jesse Itzler on the cover. Because of that, I chose to read his book Living With a SEAL. It’s one of the coolest books I’ve ever read. It drew me in, kept me excited and armed me with all sorts of cool sayings.

I reached out to Jesse on Facebook right after I read the book. He responded and we chatted for a while. How cool is that? Dude is a billionaire and he talked to me on FB like we have been buddies forever. He won me over and turned me into a huge fan with that gesture alone.

Then, getting to meet David Goggins aka the SEAL from Jesse Itlzer’s book was a dream come true. David is a serious, no-kidding-around type of guy. No drinking, no smoking and not much laughing. It’s a cool feeling to stand next to a dude who you know could kill everyone in the building with his bare hands.

If you haven’t read it, go out and buy the book. Get it on Amazon by clicking the link and image below. 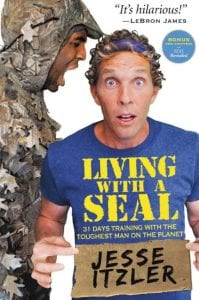 ← THC Podcast 063: How To Sell Value Not A Product 11 Impossible To Ignore Signs That You Belong In Sales →