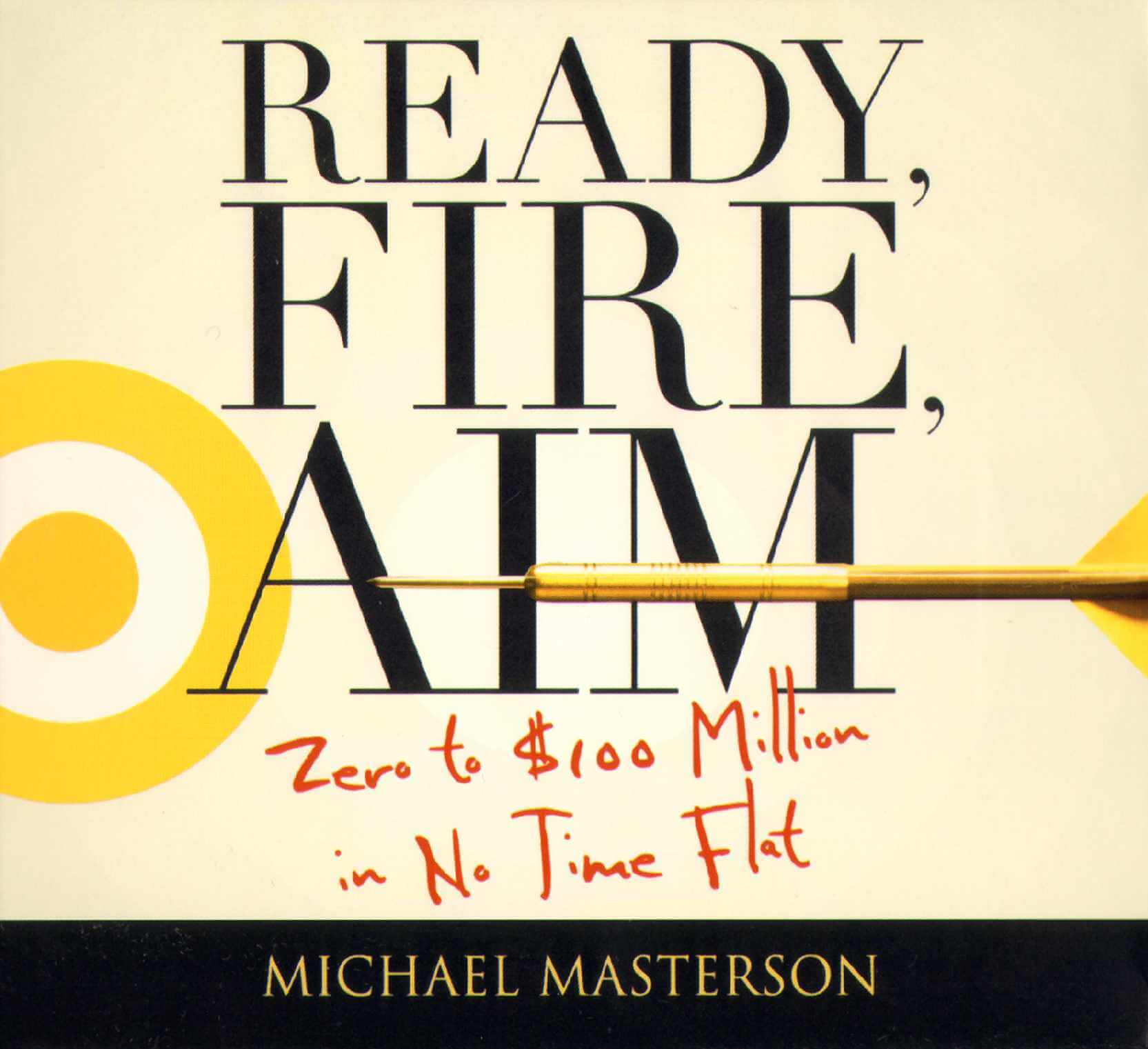 There are not a lot of business books that draw you in right from the beginning, but this isn’t your everyday business book. This book is all about hitting your first $100 million. That’s right, not one million, one hundred million.

In Ready, Fire, Aim by Michael Masterson, you’ll learn the real, behind the scenes, inner workings of what it takes to reach a nine-figure empire in business. The author breaks down the steps several of his companies have taken to hit their nine-digit targets.

The entire concept of Ready, Fire, Aim is that those who are able to take action first are the ones who will win in the long run. The key in business, according to the author, is to be fast, lean and nimble. Masterson insists on taking imperfect action and cleaning up anything that needs to be cleaned up—after the fact.

I love the concept because it explains how I’ve built Hardcore Closer (not nine-figures, yet) by taking massive action and not looking back. If I worried and mapped out every action I needed to take, I’d be frozen, still trying to figure out how to avoid sh*t that’s probably never gonna happen.

I’ve unknowingly followed the Ready, Fire Aim strategy all this time. It’s nice to be able to read a book that confirms I’m not 100 percent crazy in my methods. Masterson’s model, broken down into digestible words, was refreshing to me.

You’ll love the book. Click the image below to purchase it direct from Amazon. It costs a little more than most books, but if you want to know what it takes to hit nine figures, you need to get used to investing.

← Nine Ways To Close Sales Using Instagram Business Pages THC Podcast 026: 3 Tips To Pull Yourself Out Of A Sales Slump →

If you love a classic biography about a normal young man turned massive drug kingpin bigger than Pablo Escobar, this...

I spend almost every waking moment thinking about my businesses.  It’s fun for me. I like it. If you’re reading...

This is hands down the best book I've ever read. And I've read hundreds if not thousands of books. David Goggins is an...