Close More UPs and Eliminate “Be Backs” Using These 5 Strategies 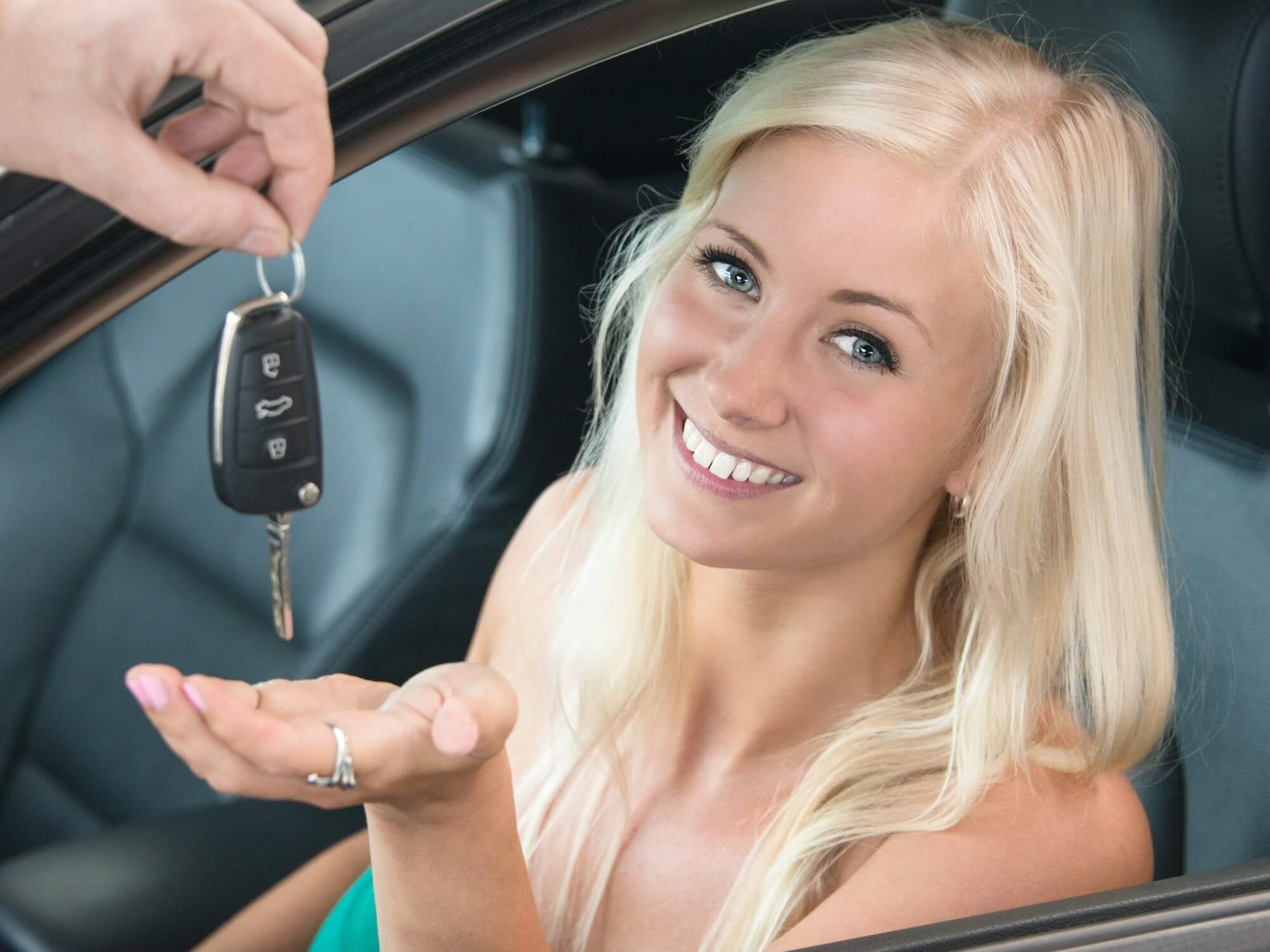 Car guys all know the feeling. A person walks though the front door of the dealership with that special look on their face. The look of a buyer. They don’t ask for service, they don’t ask for the desk. They just “came to look”.
PERFECT!!!
As a car guy, you show up and say hello. You take them to the table and get their information so you can call and harass them daily until they buy or die. They seem cool and ready to make a decision. You’re looking forward to closing the deal.
You take them out, land them on the ride they fit, and talk about all the features that come along with it. They’re in love. They like everything about the car. You get the feeling they are about to buy from you.
Then it happens. They say they want to look somewhere else or even worse, “think about it.” You sit there confused. You thought you had a buyer. You thought they came to purchase a new vehicle. Instead, they came to waste your time and bullshit.
How could this have happened? You did everything you’re supposed to do. The land was good, the deal was right, but somehow they still walked on you. sonofabitch! Nothing is worse than working for free. The average customer has no clue what all goes into showing a car.
Nobody likes to lose a customer. Even worse, no one wants to spend the next two weeks following up with someone who could stop prolonging the wait and buy today. The time you’ll spend trying to get them back to the dealership could be best spent trying to get new people in, not re-closing be-backs.

People hate car dealerships. They mostly have negative connotations attached to them. They don’t like the wait, the sales staff or the amount of money they are going to spend. Knowing this, the fact that they are there at the dealership is a HUGE sign that they need to buy. And NOW!

It’s been proven that if you can one time close a prospect, you’ll sell more cars in less time. UPs come in the dealership to buy. Often times they just meet a car shower not a salesman. The main difference between a car shower and salesman is finesse and know how.
Allow me to arm you with some ammo that will help you win more sales battles.
Make them feel like they’re the most important customer you’ve ever had:
When’s the last time you ran into a salesperson who gave you all of their attention? It’s probably been forever. In the world of ADHD, iPhones, emails and multitasking, it’s hard to focus and pay attention to any one thing. When you shift all of your focus to the UP they will feel the difference.
If you make them feel like they are your ONLY car deal and you’ll stop at nothing to make them happy, they will get comfortable enough to buy.
Example: I had an UP walk in one time that had been to another dealership. As soon as they told the salesman at the other place they were just there to look, he went through the motions of selling a car but didn’t think it was a sale so he didn’t put in the effort.
When they came to my dealership I left my phone in my desk, took them to every car they wanted to see and eventually, in less than 1.5 hours, they went from looking to sold. All because I showed them that I cared. Simple.
Assure them that you’re working hard to meet all of their demands:
All any prospect wants, is to avoid being ripped off. All any salesman wants is to close the deal. The fear of loss in these two situations is real. When the customers sees you working hard for them, it’s gonna be hard for them not to close.
The key to this is to repeatedly ask them for what numbers they are looking to hit, and keep bumping them up to reality.  Going back to the desk, showing them other car options with less features and an all out display of hard work will entice a lot of people to feel comfortable enough to buy from you.
Example: The desk will hate you but if you can position an US vs THEM battle that clearly demonstrates you’re fighting the desk to get the price down, people will want to reciprocate your effort by buying. One time I put on a big act with my desk manager that got loud. The deal was an 8 pounder and I made the customer feel like I was literally fighting for them. They bought because they felt like I worked hard for them.

If you can get them to laugh, you can get them to buy:
There’s no doubt that a lot of tension is involved in car deals. People are about to sign up for a massive amount of debt or pay a big chunk of their cash. The car buying stress combination can be enough to put any nice person on edge.

Easing up this tension by making the prospect laugh will not only increase your chances of closing the deal, it will make the process more enjoyable for both sides too. Side note, always keep it clean and avoid politics, religion or ‘good ol boy’ talk. That sh!t never goes down a funny path.
Example: One time I had a guy who fell in love with the truck I landed him on. It was perfect. The right price, the right color, the right features. He was sold, but his wife, who was with him, was not. She was in no way at all emotionally involved like he was.
When we got out of the truck from the test drive, I opened the door for his wife. As soon as she stepped out I jumped in and locked the door. With just him and I inside I asked “what do I need to do to make the boss happy?” From the outside she acted like she wanted in to listen to what we were saying but she already knew. We all had a good laugh, I made her happy and the dude got his truck.
Show the significant other the light:
Often times, the spouse is the one that Fs the deal up. Maybe it’s not even the spouse, but the person who has a say but doesn’t drive the vehicle. Disinterested third parties can really throw a wrench in your sales game.
If you don’t make some kind of connection with the third party purchaser you’ll never sell the metal. Most salesmen avoid the 3rd party and that only complicates things. They have a say therefore they want to be catered to as well.
Example: I had a husband and wife combo come in to look at a really nice crossover for the wife. The husband was the typical tough guy know it all type. I spotted it right away. The wife loved the car and def wanted it but it was the husband’s call.
After I showed the wife all the good stuff and got her hooked, I made the husband feel like he called the shots and already knew everything. This made him look cool to his wife (in his head) and like he was in total control. Sale closed, no big deal.
Get them emotionally involved:
Nobody ever said to anyone “man you look good in that house” but they sure say ‘man, you look good in that car.” There’s emotion and ego attached to certain cars. The biggest struggle in the auto industry is designing vehicles that are practical and appeal to our egos.
There’s a reason they want the car that they do. Whether it’s to look cool, haul kids around or do outdoorsy stuff, there’s always a reason. The sooner you can uncover that reason and start selling it, the easier the sale will be.
Example: I had a couple walk in one time. Dude was 25 or so and his GF was around that age too. He came in just to impress his girl by taking a test drive in the race car. Once I got him in the test drive he melted. It was everything he wanted.
When we got back to the dealership I had him imagine what banging his GF and even other chicks in the back seat would be like. I even told him he could probably score road head right off the lot. Within 15 mins he was signing my foursquare.
Not every UP will close. Not every deal is text book example material. The key is practice and being aware, not just going through the emotions. I know, it can be hard, especially with long hours and all. Trust me though, it pays to pay attention.
If you’re a finance guy, desk manager or GM and you want to talk about how my expertise can help your salesforce, simply fill out the form below and schedule a time to speak with me.
← Rockstar Closer Radio: Mac Daddy Moves with Ryan McKinney 7 Hardcore Closes That Save Sales and Seal Deals →