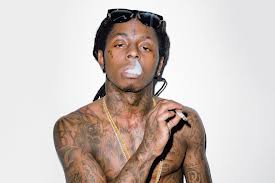 When you think of Lil Wayne badass Entrepreneur may not be the first thing you think about. But for me it is.  In 2009 alone Weezy was on over 100 different songs with dozens of artists. This made him the hottest rapper on the scene.

You couldn’t turn on the radio to a pop or hip hop station without hearing Wayne’s voice within 5 minutes.

It was pure genius on his part. He did songs with everybody. He didn’t care what kind of music you played. He wanted exposure to the other artists audience.

Wayne was on a hunt. A hunt for a massive amount of publicity and branding. He wanted everyone to know who he was. He didn’t give a fuck if they liked him or not. He just wanted them to know him.

Several recently popular artists have copied his moves as well. He literally opened the doors for rappers to markets they usually wouldn’t get exposure in.

Wayne knew that if he could get enough people talking about him, good or bad, he would become a household name. And he did.

What most people saw was a rapper who was popular. What I saw was a dude who not only was willing to work harder than anyone else, I saw a genius marketer.

Every time he did a song with someone that artists fans now knew Wayne. Each time he dropped a verse on someone’s track he picked up new fans. Repeat this process over 100 times and BOOM you’re the top producer.

When I realized what he was doing I decided to follow the exact same model.

I did webinars, radio shows, blog posts and testimonial videos for everyone I could. Why? Because I knew they would expose me to more people. I was willing to do any and everything I could to grow my fan base.

I saw what work Weezy put in and how it paid off. I knew it would work for me too. And it did. Just like I planned.

Here’s some lessons from Lil Tunechi that you can use in your marketing go plan and really turn it up a notch or 100.

Hustle your ass off for everyone you can: Wayne was on all those tracks and you may think all he did was spot lyrics. Getting the words and recording sounds down takes a lot of hard work.

Branding pays off when you have a product that sales itself: Weezy knew he could rap better than most. So we he showed up and murdered a track, he knew he would stick out in the mind of the listener.

All he had to do was get in front of the audience and demonstrate his skills. He knew they would buy his shit by default. And he was right.

I’ve always been intrigued by the business side of things. I always look at the why behind what’s working for successful people. I’m weird like that.   While you might think Wayne’s money comes from rapping it really comes from his uncanny ability to market himself.

If you’d like to learn uncanny ways to market yourself fill out the application below and let’s talk about how you can get down like Tunechi.

← Three Reasons Why Tommy Boy is The Best Sales Movie Ever Rockstar Closer Radio: There Are NO Victims Here →