Why Corporate Coaching Is a Complete Waste of Money 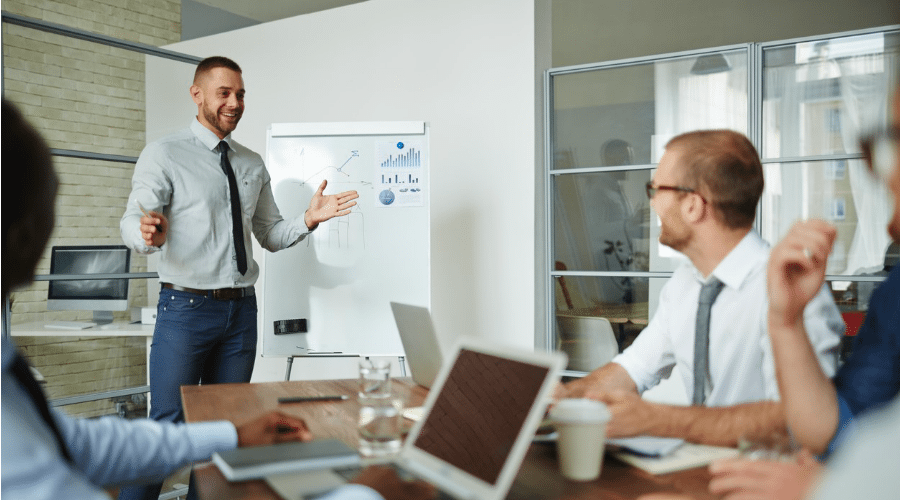 CORPORATE COACHING IS A WASTE OF MONEY!!!

I first realized this back in 2013 when a very large mortgage company paid me more money than I had ever been paid at the time, to coach their MLOs. (mortgage loan officers). Up until that point, I had only coached individuals. This was my first time to teach an entire salesforce on behalf of the corporation. I was more stoked than I had ever been in my life. I got a big-ass 5-figure check and I had 50 new people to turn into testimonials and examples.
My first goal was to have every one of the MLOs closing over $2 million in monthly fundings. Most of them were doing between $750K and a million per month. This goal was not even a stretch for me. I had helped dozens of MLOs break the $2 million mark. My second goal was to get the corporation to keep paying me big money. I planned on making the second goal happen by reaching the first one.
The curriculum was the same I had taught dozens of other clients who had ALL gone on to do $2 million a month or more in production. I knew this was gonna be one of the pivot points in my career that would get me tons of corporate gigs and the money that comes along with that kind of volume.
About halfway through the training, I reached out to the CEO and asked about numbers. He said things were the same as before we started, with the exception of three people, who were now fired up and killing it. The CEO was excited. I was pissed off. Out of 50 MLOs, only three were doing more business? WTF was going on here?
I spent the next training trying my best to convince the other 47 to get off of their lazy asses and do something for once in their lives. I was SURE this was the thing they needed to get to writing some got damn loans.
I was wrong….
Two weeks later, I’d follow up with the CEO again. He’d go on to tell me the same news, but he said the three MLOs who were killing it were on turbo drive and having record months. While I was happy for those three employees, I was baffled AF about the other 47 who had simply decided to not do the work. I’ve never understood people like that.

Sure, I’ve known people like that at every job I have worked at over the years, but it was killing me inside.

The CEO was super happy with the results of my coaching and he asked me to stay on. He said most of the trainers they had hired had done nothing for them. At least with me, three of their guys would double their income year over year. To the CEO, this was a win. To me, it was a complete failure.
Although I needed the money, I chose not to stick around. Working with 47 lazy-ass losers really brought me down a notch and I didn’t want to help people who didn’t want help. Instead, I took on the three MLOs and worked with them in my private coaching program. I focused on the ones who wanted to win and made them winners.
Over the last seven years, I’ve realized something along the way, too. The people who sign up to take my programs with company money do significantly less than those who pay out of their own pocket. When the company pays for it, the results just aren’t the same. The highest percentage of people who quit, stop or drop off in our programs are people who paid with company money.
Earlier this year, one of my best friends asked me to coach his salesforce for a few weeks. He knows I don’t work with corporations usually but I made the exception. He’s a real close friend, so I wanted his team to win in a big way. I put together a surefire training that would wake them up, charge them up and arm them with a seriously effective way to close sales. I put tons of time and effort into the program and I executed it flawlessly.
After it was all said and done, I called my friend up and asked him how things were after the four weeks of training. He said two people had stepped up and the rest were pretty much the same. My f*cking jaw dropped to the floor. I’d delivered a training that would have gotten Zig Ziglar and Steven Covey out of their coffins to give me a standing ovation. Yet the results were astonishing, and not in a good way.

I might as well have spent my time trying to circumcise a mosquito.

This drove me to a massive revelation. Corporate coaching is a complete waste of money. At least, to me. Although my friend and the mortgage CEO were happy with the results, I focus on 100 percent success rates and this was not the case with either of these groups. If I don’t get 100 percent success, I feel like I completely failed, whether the company liked it or not. So, while they may have called it a win, I took it as a total loss.

There’s a lesson in all of this I want to share with you.

In order to improve and grow you gotta want it. If you don’t have the desire to be better, nothing anyone says or does for you will improve you. If a person makes a choice to stay the way they are, there’s nothing you can do about it. Most people are motivated by pain. I know that sounds sadistic, but it’s true. If you don’t motivate someone by making it painful if they don’t take action, they won’t take action.
When the corporation pays for training there is no financial pain on behalf of the employee. Therefore, there is no motivation to avoid the pain of losing money and no action gets taken. In order to motivate an individual to take massive action and grow, there has to be pain linked to them NOT doing the work. This is why I charge $30K a year for my Tribe program. It has to cost someone enough money for them to do the work. Then when they do the work, many go on to be millionaires. If the program was $3K it would never work. It wouldn’t be a painful enough loss to not do the work.

Those who pay their own way, have a much better advantage and success rate.

When you personally pay for help, you are more likely to do the work to get your money back than those who have help handed to them. That’s why I propose that corporations reimburse employees for training instead of paying for it.
Simply make the employees pay for the training out of their own pocket, then set metrics that will allow them to get their investment back when specific improvements and goals are met. In other words, make them pay for the program and when they do the work they will be further incentivized when they get their money back. This model will lead corporations and employees to a much higher success rate.
If you manage or own a business, invite your employees to join my mastermind at breakfreeacademy.com/entourage and when they improve their income and production, offer to cover the cost and reimburse them. This not only allows me to teach them ways to make more money and improve, it also incentivizes them to take action.
← The Difference Between a Website and a Sales Funnel [Video] THC Podcast 086: 5 Ways Anyone Can Close Sales With Facebook Live →