Do Salespeople Have Bigger Egos Than Hollywood Celebrities? 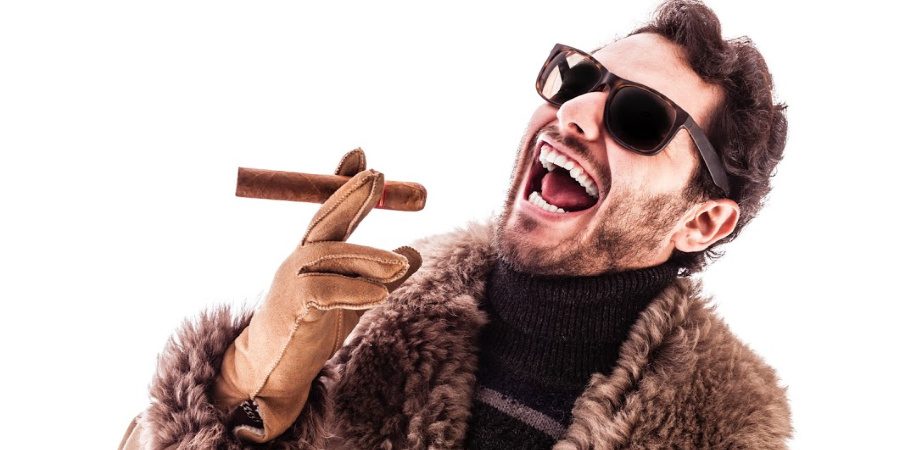 I’ve worked with salespeople exclusively since October of 2003. I’ve been on the floor, in the cube and at the desk for almost 16 years now. For the last 7 of those 16 years, I’ve coached salespeople. Over 15,000 salespeople, just to clarify. I’m one of the top 5 notable salespeople online. I say all that to say this; I know what I’m talking about and what I’m about to say is going to piss off a shitload of you, but it’s the truth and my personal experience. You may not like it, but you damn sure need to hear it.

Broke salespeople have the biggest egos out of anyone on the planet!!!

Yes, I said it. Not “salespeople” but broke-ass salespeople. Which immediately drives us to the conclusion that an ego costs a lot of money. I speak to salespeople daily. Via phone, DM, email, text and face to face. The more money they have, the more humble they generally are. There’s a reason for this. Sales is a personal development course with a pay plan attached to it. Those who don’t become personally developed, don’t get the good part of the pay plan. My biz partner, Mike Wolfe always says, “Sales is the hardest $50K per year job on the planet and the easiest $250K per year job on the planet.”
Why would a broke person have an ego? Well, it’s simple; they develop an ego to protect themselves from having to face the truth. The truth is that they are not working hard enough, not doing the right things, or not showing up like they are supposed to. Instead of facing the truth, and developing themselves for the better, they create an ego to protect their feelings from the reality of their situation.
Some of the brokest salespeople I know wear an Hermès belt. They pay $400 that they don’t have, on a belt they hope makes them look successful. Imagine if they dropped their ego and paid $400 on a seminar to learn sales from a pro? Or, if they paid $400 to hire a coach or buy a program on sales? Their ego keeps them doing things to appear successful, instead of doing what needs to be done to actually be successful.

One thing they all have in common is the lie. And all of them have the same lie, the lie that it’s not their fault. I’ve heard it time and time again: “Man, I’m a good salesman but the leads here are trash,” or “I’m a closer but my boss is a total dick,” or “I can close anyone but they give all the leads to Chris, the top producer.” The excuse list goes on and on. Being broke is always someone else’s fault. But if they were in the same exact situation with the same people and leads, and they were making money, they’d take all the credit. Egos are hilarious when you really think about it.
Having an ego is a choice. I know. I’m speaking from experience. I had an ego for a long time and that ego kept me from reaching my full potential. It wasn’t until I dropped my ego that I changed my thinking and became super successful in sales. No one likes a douche bag with an ego, including your prospects. If I can tell you have an ego, so can your prospects. People who let their ego run their life, have no idea the true cost of it. Lost deals, lost referrals, lost time, lost ways of thinking… all add up to a shitload of lost money.

If you’re struggling with your ego, how do you get rid of it?

First off, you gotta make the choice that you are not going to let your ego boss you around. To solve a problem, you must be aware that the problem exists. This means you need to acknowledge your ego problem and vow to solve it. Once you’re woke, you can be aware when the ego tries to trigger your thinking.
Second, you must rewire your thinking. My daily podcast Rewire with Ryan Stewman will help you with this. You’ll learn to be honest with yourself. Once you are honest with yourself, you have to face some realities that you were previously oblivious to. Then you will clearly be able to see some of the lies you’ve been living and covering up. These lies need to be taken out of the dark and brought into the light.
Third, you need a grateful state of mind. When you are grateful for what you have now, there is no need to pretend to have more. Sure, you can be hungry for more, but being grateful for the present will wire your mind to be even more grateful for what is to come. You can learn some awesome gratitude practices from our G-Code routine.
If you read this and found yourself both broke and with an ego, it’s time you realize the ego is the very thing that’s keeping you broke, not the thing that’s gonna help you get unbroke. Until you decide to drop the act, and get real with yourself and everyone else, your ego will continue to cost you millions.

It’s in your ego’s best interest to keep you broke.

Get away from that state of mind; it’s toxic.
Egos keep you from using new things. The ego tells you “Aw, it won’t work for me,” or “He just got a lucky break.” The ego wants you to judge, be unhappy and complain. These emotions pump the peptides in the brain that the ego feeds on—almost like a drug addiction. When you cut out these negative peptides, the ego can’t feed its addiction. Try new things. Make new friends. Learn something new. Try technology like PhoneSites.com that challenge you to step outside the norm. This is how you break an ego before it breaks you.
Share this with someone who needs to read it… You just might save their career or sales.
← Sales Efficiency: Don't Talk To Prospects Who Aren't Ready To Buy Right Now ReWire 241: You're Not Thinking Big Enough →