Escaping Your Evil Past 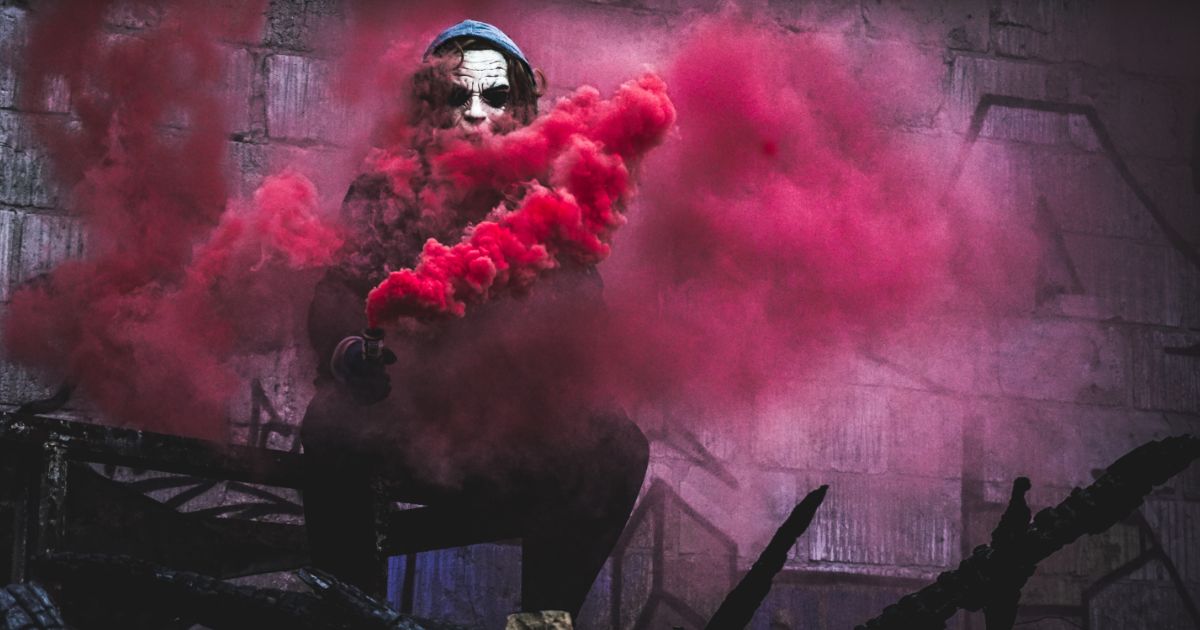 Everything evil going on in your life right now is a test.  It’s a test to see how badly you want to be at the next level in your life.

A lot of people talk about leveling up, growing, and getting through it, etc.

Here’s the truth, everything that you think is evil is just a choice. You either choose to play the victim or show that victory is all that you will accept.

When evil shows up in most people’s lives, they get in trouble at school, get lower grades, get fired from their job, get in trouble with their spouse, whatever their struggle is.  They ask themselves, “Why me?”

In 2009, I was one of the top producing loan officers in the entire country.  I did over 180 loans by myself in one year.

No team, no branch, and no help.

This was only a year after I was released from federal prison in 2008.  In 2010, Barack Obama signed the Dodd-Frank Act into law. It took away the state issued financial license and mortgage license leaving me out of a job.

I didn’t sit back and play the victim for months or years. Instead, I became a coach.

Escaping Your Evil Past

The only things that I knew how to do were write loans and wash cars. Did I sit back and say, “Why me?”

Did I go collect welfare checks and beg for money on the street. Fuck no, I didn’t.

I went and networked with every single motherfucker I knew until I got the answers that I wanted.  One of my friends, a gentleman named Michael Reese, gave me some DVDs that showed me how to do internet marketing. It changed my life.

Instead of succumbing to evil shit, I decided that I was going to become victorious by any means necessary, Malcolm X style, baby.

You weren’t going to put that evil in my life and think I was going to fold and collapse under its weight.  When that evil came my way, I viewed it as a blessing in disguise.

If I’d allowed it to become a curse, I wouldn’t be here today.  I never would have been able to impact so many people’s lives if I had remained a mortgage person. Sure, I was helping people get houses and that was great.

I was making good money, almost $300,000 in 2009. The truth is, the thing that set me free was the fact that I got an opportunity to step away from the mortgage business and find my true calling.

There was a voice in the back of my head, “Ryan, you were put on this planet to make a contribution.

You have the power that you are not utilizing.

You can help millions of people survive the bullshit that they’ve had to go through in their life.”  And that’s exactly what I did.

They’ve read my blogs, seen my Facebook posts, watched my videos, listened to my podcast, came to our events, or seen me on stage.  I’ve taken souls who felt unworthy and I’ve been able to give them salvation.

I’m not a demigod or some kind of religious person; I’ve just been able to change people’s lives by changing their minds.  That is something that I never could have done as a mortgage person.

If I had allowed myself to become a victim after the Dodd-Frank Act, the circumstance wouldn’t exist for me to help you now.

What obstacles slapped you in the face last year, last month, yesterday, today?

How are you going to show yourself and the world that you aren’t a victim?

What are you going to do to prove that you deserve victory?

I can’t give you specific answers. Those actions are on your end. All I can do is give you motivation.

“I remember being blind to it, ’Til the day I put my mind to it.” – Rick Ross

Get over your bullshit.  Get on with your life and find your calling.  If you want to join our mastermind, you can discover how motivated you can become by being around millionaires and billionaires who don’t wallow in the ‘what could have been.’

We level up no matter what the situation is. Surround yourself with victims or victors, the choice is up to you.