5 Fatal, Easy To Spot, Fake It ‘Til You Make It Failures 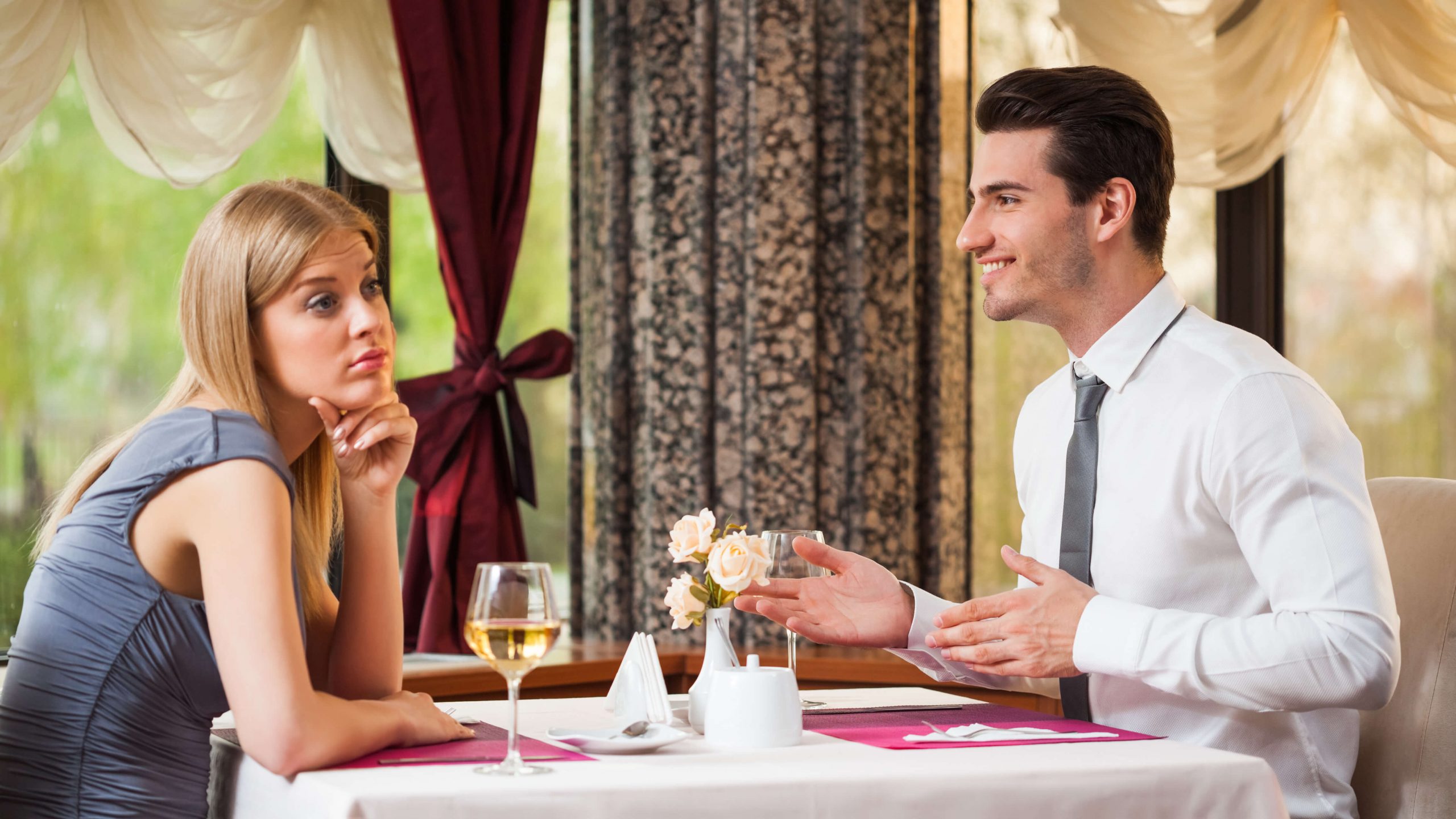 We’ve ALL heard the phrase fake it ’til you make it at this point in our lives. Some of you take it too damn far though. Some folks fake more than they will ever make. We know who you are. It doesn’t take a detective to spot the clues of someone who’s as full of sh!t as my fat uncle Rob, after his third round of helpings at thanksgiving dinner.

Too many people are confusing fake it ’til you make it, and flat out lying about your life.

It’s one thing to only share the positive side of you life. It’s cool to only talk about the good things in your life, or talk about your goals and what you’re doing to achieve them. It’s another to take pictures with cars that aren’t yours, in a sad attempt to appear more successful than you are.
Here’s the thing; The world is full of fake @ss people. You can’t thumb two scrolls through the Facebook newsfeed without seeing someone post something that you KNOW isn’t true. You know what I’m talking about. The guy who’s profile pic is posted up next to a Lamborghini, but for sure not touching it. We need less of that sh!t.

Fake it ’til you make it is a mindset not a con game.

It’s becoming painfully easy to spot the fake @ss folks posting online. It’s hard for someone like me to keep my mouth shut, or rather, my fingers crossed and off the keyboard. I want to comment “we know you aren’t real” on someone’s post at least once a day. I never do though. I don’t have time for them to try and argue me into believing their lies. I’m too busy writing snarky blog posts for all the smartasses that read my sh!t.
Let’s talk about the 5 fatal fake it ’til you make it failures that just too easy to spot. I’m talking about the type of BS you see from miles away. The kind of BS claims that sometimes make you even feel sorry for the person making them. The sad part about this is, as you read it, you’ll immediately think of that someone you know, who’s doing exactly what I’m writing about. 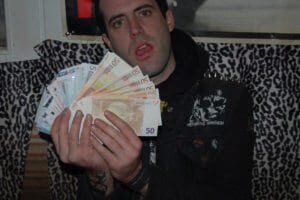 I don’t know about you, but between the groups I’m in, and my newsfeed, I see people post insane income claims all the time. You know, posts like “I just made $100,000 this week, while I was on the beach message me to learn how I did it” And to think, just last week we watched you pull into work at Costco in your 1998 Honda Accord.
I personally know what it takes, what it’s like, and what the lifestyle is, of someone who makes $100,000 per month. When I see someone make crazy income claims, yet their videos are shot in the extra bedroom of a public housing apartment, I know what’s really going on. When you make money you want to spend it, especially in the “make money business.” Damn near every REAL person I know, who’s had a 6 or 7 figure income week/day/month all went out and got nice cars, bought a home etc…

Car Selfies In A Hoopty: 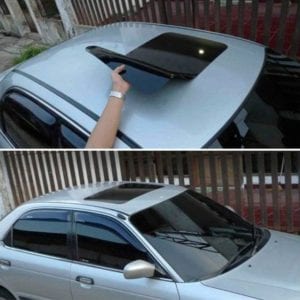 Oh yes, we loved watching your million dollar blueprint video, that was recorded in the Accord I mentioned earlier. We’re all intrigued with how you can tell us how easy it is to make a million dollars, while we clearly see you rolling with cloth seats. Also, the fast food bags on the floorboard don’t help your case.
It’s not that we want to call you out about the car, we ain’t hating on that. What I’m making fun of, is the folks who act like the got it all, but in reality, they ain’t got sh!t. “Quit telling me about how much money you make, from a vehicle only broke people own.” That’s all I’m saying.

We Know That’s Not Your Home: 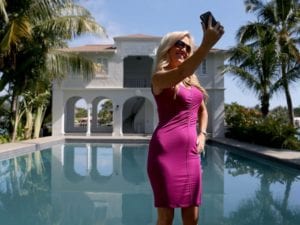 You remind me of a Lil Dicky rap video. All dancing around in someone else’s home, trying to act like it’s your place. Besides, the pictures hanging on the walls are of someone else’s family. Do the owners even know you’re in their home? Do they know you’re telling all your online friends it’s your place?
What’s worse is when we see you check in at a home often for a month, then never see you post a pic, or talk about it ever again. “Wow, you must have flipped that mansion really quick.” Said no smart person ever…

That’s Not Your Car Either: 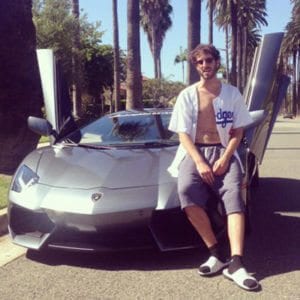 This kills me. I’ve got a neighbor with like 8, brand new, exotic cars. Every time they are in one of my pics, or videos I make sure to say they are not mine. I had an old acquaintance who would drop by my place from time to time. I’d see him post on social media like the cars were his. I called him out, we ain’t cool no more!
It’s every man’s dream, to own an exotic car. Rolls Royce, Lamborghini or whatever, it don’t matter, we ALL want one. If they were easy to buy and own, we’d all have one. Since we know how hard it is to obtain one, we know that one ain’t yours bro.

You’re Not Friends With That Celebrity: 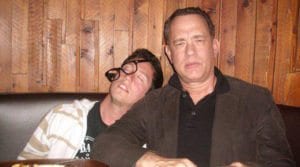 “Oh you’re friends with Dan Bilzerian? Really? Tell me more” These days, thanks to cameras on everyone’s phone, it’s pretty easy to snap a pic with a celebrity. All you have to do is hangout at the hot spot and wait for a celeb to show up. In most cases, the celebrity will gladly take a pic with you.
It’s when you turn around and post the pic in a way that makes it seem like you’re BFFs with the celeb, that kills us. We know you don’t hangout with them all the time, or you’d check in everywhere you go with them. Come on man, we are clearly on to your shenanigans.
In my opinion, you don’t have to fake it until you make it. Real people can spot other real people. Instead of spending your time being fake, spend your time proving you are who you tell yourself you are. More importantly, be who you tell others you are. The fake get exposed, the real stay real forever. Plus, we see you, we know you’re full of sh!t, and we laugh at you when you do this dumb sh!t.
Lastly, if you are ready to step up, invest in yourself and crush it in your marketplace, simply fill out the form below. From there, we’ll get on the phone and talk about your needs and what programs or products that I have, which will fill your needs.
← What To Do When Your Competition Starts To Publicly Bash You Why Working In Commission Only Sales Is The Best Job To Have →