Fake News: How To Ignore The Bullshit and Prosper 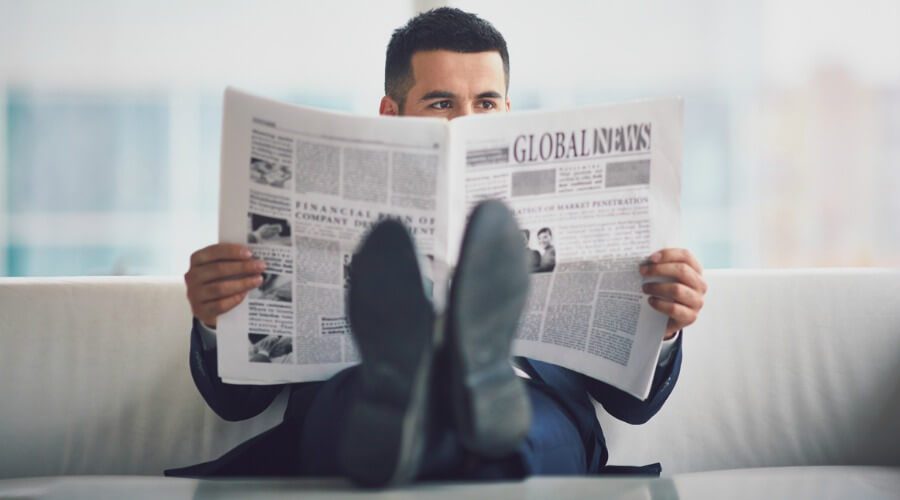 I think when 2017 ends and they do the year in review, fake news will be one of the biggest subjects. People’s theories and opinions seem to get passed on as facts without any vetting faster than ever these days. It takes less than $20/year to set up a blog and write any damn thing you want. No wonder fake news is everywhere; it’s easy to create.
I remember back in 2012 when sites like World News Daily and other rags weren’t considered fake news yet. People didn’t realize that the websites were nothing more than the tabloids of the Internet.

That’s when things got scary.

When you go to the grocery store and check out, you see Star, Sun and all the usual suspect magazines with the outrageous headlines. Immediately, even as a kid, you knew those were fake newspapers. Unfortunately, it’s not as easy to spot when they are in digital form. Sites like World New Daily and Info Wars are the Sun, Star and National Inquirer of the Internet. Yet most people don’t realize that.
Could you imagine being at a friend’s home and him rushing over to you to share an article from the Sun about how Britney Spears is an alien from Mars who’s operated by remote battery pack, and they believed it was true? You’d laugh right in their face. The only people who buy, read and share those types of papers live in trailer parks. Right? Wrong! The Sun, Star and National inquirer are the three top-selling newspapers in the country! They sell as many as 3Xs more than any other papers.

No wonder we have a fake news epidemic going on.

You and I, we can spot bullshit. We know what to ignore, what to not trust and when to be a skeptic. Most people don’t. They read shit in hopes that it is true or in fear that it is true and they panic and try to “warn” others. It’s the old “I got your amygdala” trick hard at work.
But you got shit to do, and if you’re like me, you get annoyed with fake news, fake outrage, bullshit media lies and all that. It’s not only mentally exhausting, it’s fucking boring and rooted in stupidity. We don’t have the time or desire to burn energy dealing with people who aren’t smart enough to know what’s real from what’s fake.

About a year ago, I stopped fucking with the fake news, the people who posted it and all that. I had all I could take and sought out to find ways to avoid the bullshit. What was tough for me, was that I work on Facebook for a living. There’s no telling how many times a day I see bullshit that makes me shake my head. I had to find an escape. I would catch friends who I thought were smart, sharing this dumb shit and I’d lose respect for them. Facebook, the site for friends, was costing me friends. I had to get away.
I couldn’t leave Facebook, though. That’s where all my online assets are. I have groups, fan pages, profiles and more with tons of followers that I’ve built up over the years. I couldn’t just bail on all my life’s hard work. There had to be a better way.

That’s when I discovered the Newsfeed Eradicator plugin for the Chrome browser.

Basically, this plugin gets rid of the newsfeed. Now, you might think what good is Facebook without the newsfeed? But the lack of newsfeed forces me to stay in my groups and only go to people’s pages I know aren’t complete idiots sharing fake news.
On top of avoiding fake news, the Newsfeed Eradicator also eliminates ads, spam and everything else you see in your newsfeed. Without a newsfeed or distractions, I get to focus on doing what I’m on Facebook to do: work.
So, while the rest of FB-land is sharing bullshit, I’m being super specific on whose posts I see and who I interact with. I’m operating with high intentions instead of aimlessly searching through the newsfeed for entertainment. I get on FB, post in my groups, share to my pages and I’m out.

I don’t have to look for them in the newsfeed. I just go to their wall, comment/like/share their shit and move on to the next one. Without the distractions, I can get 4 hours of FB work done in about an hour and a half. There’s no newsfeed with fake news distracting me.
If you’re tired of all the distractions on Facebook but you know you need to be on the site to catch sales, try the Newsfeed Eradicator and be more intentional with who you interact with and what you see. Distractions cost us money. The less of them the better.
← 3 Powerful Lessons From Jay Z On Following Your Dreams 5 Go-To Text Replies That Close Sales →