5 Ways To Use Suggestive Selling Techniques To Close Difficult Prospects 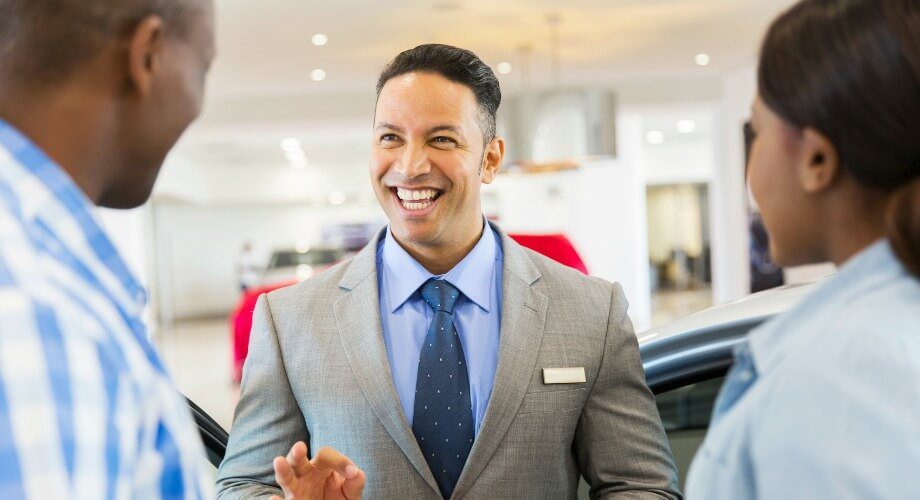 For years now, I’ve been saying, “The close is the grand finale in a series of smaller sales.” Closing is where shit gets real. When a salesperson goes in for the close, they are asking for the business, therefore, putting themselves in a position to face rejection. Most people are scared to death of rejection, therefore, most salespeople starve.

This is what separates Closers from order-takers.

It’s with this innate belief that we must decide to do whatever it takes in order to serve our prospect by closing the sale. When I say whatever it takes, I mean legally, ethically and the right way we need to act to close the sale. Sometimes, you have to expose your prospect to weird things to get them to make the right decision. So many people run from good decisions and flock to bad ones. People have a hard time believing they are worthy. But maybe that’s just the Closer in me talking…

The Head Nod – It may sound ridiculous, but the head nod even works over the phone. When you nod your head, especially, when you are on the stage or in person, the prospect’s subconscious wants to align with you and their head will nod, too.

When you are at the desk negotiating, get them to agree and nod with you.

Agreement paired with head nodding syncs them further with you. When two people sync up in agreement, it’s extremely hard for them to say “no” to each other. Prospects can feel this through the phone as well. By asking if they agree, and physically nodding as you speak on the phone, they will do the same. They don’t even have to know you are nodding or see you. Subconsciously we ALL do it.

Asking For Agreement – Agreements are small trial closes along the way to the grand finale. The human mind’s natural tendency is to want to get along with other humans. This comes from tribal thinking and the caveman days from sex. When two people link up in agreement it creates a bond. When two people sync up in a bond, it’s almost impossible for a prospect to say “no.”

When I’m in the selling process I ask often. After each little part that I explain, I ask, “Do you agree?” or “Does this sound right to you?” I’m constantly asking them for agreement for several reasons. One, I want to make sure they are on track with me. Another reason is that I want to know if we are in agreement. I also want them to get used to me being right and sharing the same belief. If they agree with me and I’m right, they will trust their decision, which they will have made based on my suggestion.

Sleight of Hand – I use my hands a lot when I talk. Whether I’m on the phone, on the stage or hosting a podcast, I use my hands. I believe we all speak two languages. Our main language is the one that comes from our mouths. But the hidden, less talked about language, comes from our body. How your head, hands and mouth move in alignment is important. Subconsciously, we all know it, but there are only a few of us who are aware enough to notice it.

Hence subliminal, suggestive techniques with your hands. Every time I say something positive about my product, I point to the prospect. When I talk about the benefits of the product, I point off in the distance to show them the future. You may not think much about using your hands to close and that’s exactly why it works so damn well. Just think, if you don’t expect it, your prospects will for sure, never see it coming.

Set The Scene With Them In It – When I’m in the sale, from the start to the finish, I’m talking to the prospect as if they already own the product. I’m saying things like, “You’re gonna have more leads than you can handle.” When I sold cars I’d say, “This is your car, it looks perfect on you.” I’d put the prospect in the product without them even knowing I’d done it. Pair this with agreement and sleight of hand and they can’t resist the buy.

When you talk about your product, talk about it in the sense of how it’s already helped your client. Put them in your stories. Give real life examples of how it’s helped other people like it’s helping them in the moment. Make them feel like the mere fact they are being advised by you, means they have bought the product and are already experiencing results from it.

Future Pace – Once you get them in the zone, feeling as if they are in a position of ownership to whatever it is you sell, you need to lock in the close by setting the future pace. Future pacing means talking to the prospect as if they have already bought, gotten results, as if the best thing that could have happened to them, has already happened.

In order to know what the best case scenario is, you need to ask questions up front. After you’ve gathered your intelligence, you can deliver your sentences with their future expectations already met, problems resolved and referrals on the way. Talk about the results and their benefits, then lock in and close it up.

I guess I should go ahead and say, “Don’t use this shit for evil,” because you know there’s always that one asshole. Truth is, this is some hokey shit master salespeople rely on at all times. Yet, the components are so simple, many “smart” salespeople knock them and never give it a try.

I’ve personally earned millions through using all five of these suggestive selling techniques on a daily basis.

If you’d like to learn more about modern selling and what the future holds for those of us in sales, sign up for my next online learning experience at www.hcwebinar.com Get your spot now because these things fill up fast as shit. See you there and don’t forget to share this article while you’re at it.

← The Power of Great Podcast: Guest Spot with Matt Crane THC Podcast 038: How To Turn Controversy Into Sales →