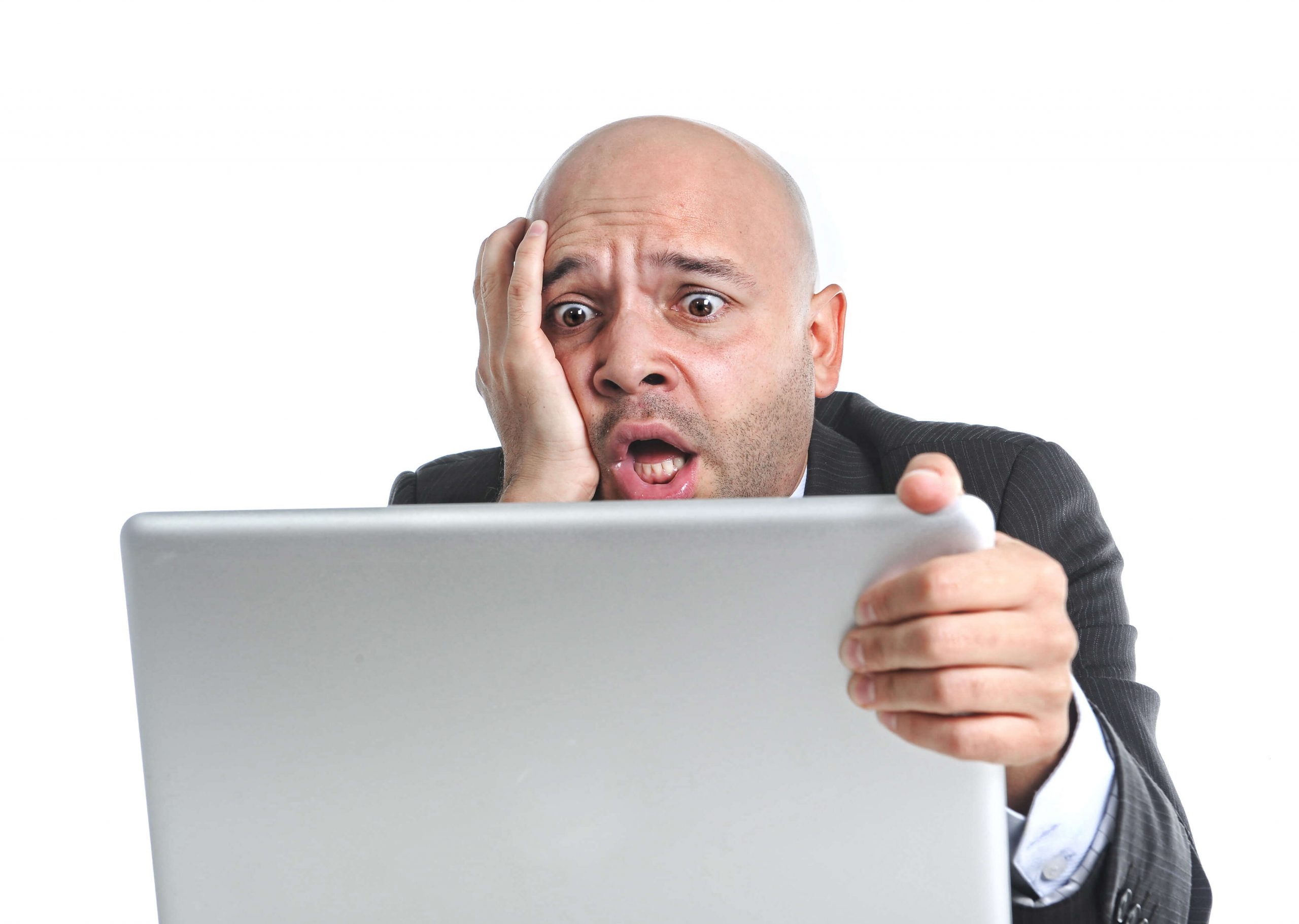 According to the late, great Chet Holmes, in order to make a sale, you’ll need to follow up with a prospect twelve times, eight of whom will tell you, “No.” “No” is the natural enemy of the salesman. Most humans fear their enemy. Therefore, most salespeople are scared to follow up. How’s that for lineage?

Most salespeople are scared of the word “No.”

The word “No” to most, means the sale is dead. There’s no money to be made and it’s a loss. By nature, salesmen are competitive and hate to lose. Losing is painful to most of us. Humans will do damn near anything to avoid pain. Knowing there’s a possibility of that pain becoming real, salespeople will work harder to avoid “No” than they will to hear “Yes.”

If you know up front it’s going to take twelve contacts with eight of them a resounding “No,” then it allows you to get your head right. Most salespeople have a firm belief they will have a one-call close or nothing. Then they always seem shocked when the prospect buys from someone with strong follow up skills.

What’s worse are the salespeople who don’t even bother to call leads at all. I’ve been running an event called Break Free Academy for around two years now. BFA is a two-day event where I help salesmen create funnels to capture leads. Some of the BFA attendees generate leads for their referral partners. The number one complaint these attendees have is that their referral partners don’t even bother to contact their leads.

It amazes me, all the money salespeople leave on the table by not calling and doing any follow up with leads.

When you start thinking of leads as money, and not just sales, your perspective will shift. Each lead a salesperson receives costs money to obtain. Each lead also has the potential to generate a positive ROI for the cost spent to get it. When you start looking at your leads as wins and losses in regards to money, you’ll see the real value in follow up.

Over 100 attendees have graduated from Break Free Academy. Recently, we held a reunion event at my office in Dallas. While at the event, we discussed leads from contact to close. Turns out there are some pretty common reasons why salespeople don’t contact or follow up with leads. Yes, to most of us it’s baffling, but apparently, it’s a real problem.

Not following up with leads is a serious industry issue.

Not closing or even following up with leads hurts everyone. It hurts the lead, because they obviously became a lead to get help, and if you don’t help them you hurt them. It hurts the company because they paid for a lost lead. It also hurts the salesperson because they haven’t earned the money they should have.

#1: They Don’t Have a System to Follow up with Leads.

When you give your people leads, do you show them how the lead came into your ecosystem? Do you walk your salespeople/referral partners through the process you’ve gone through to get those leads? Most salespeople are afraid to call or follow up with leads because they don’t want to look dumb. So, instead of seeking wisdom they just avoid the lead altogether.

If you generate leads for a team, employees or partners, you need to design a clear selling and follow up process for them. Take the time to educate them on how leads are generated and what steps they need to take next. Once YOU take the lead with the leads, set expectations with your selling systems you have put into place and get your team to agree to it. When they receive clarity, they will become less fearful of appearing dumb to the prospect, and they will be more likely to do what you deem needs to be done.

#2: They Have New Leads to Distract Them.

“But if I have new leads coming in every day, why do I need to follow up with the ones I didn’t close?” Believe it or not, I used to say this all the time. I used to be a “one and done” lead churn and burn guy. I had so many new leads coming in, I wasn’t worried about backtracking with follow up. That was until I saw the actual dollar amount I was missing out on by not following up.

Humans will do damn near anything to avoid pain. The word “No” is such a serious word. By definition, it’s absolutely negative. No one likes to hear it, see it, or even know it’s coming. If it takes eight times hearing the word “No” to get one “YES!” and most salespeople stop at the first “No,” what does that say about fear? In reality, “No” is just a word. It’s not permanent and in most cases “No” means “I’m not 100 percent clear on what you are proposing, so I’ll protect myself with ‘NO.'”

Most prospects will say “No,” just to avoid making a decision. Most salespeople take that “No” as a permanent answer. You’ve got to be a professional mind changer. Prospects say “No” for many reasons and most of them are complete bullshit. It’s your job to clear out the BS and get the prospect clear on your offer, so they can say “YES!” Don’t fear the “No,” work your ass off for the “YES!”

#4: They Haven’t Earned the Right to Follow-Up.

Salespeople blow it on first impressions every day. Many don’t even know how shitty their 10-second elevator pitch really is. I’ve seen guys talk their way right out of a lay down sale. I’ve also seen guys blow sales that even I couldn’t come back and save. When this happens you can guarantee the salesperson won’t follow up. Even worse, this flub is now in their head and it affects them on how they contact the next lead.

Worse yet, when a salesman offers no value whatsoever to the prospect and they know it, they fear the follow up. The pain of hearing the word “no” is real. When a sales rep hears it once, they will do damn near anything to not hear it again. That includes not contacting or following up their leads. You have to earn the right to hear “YES” and that comes by being an expert, showing value through demonstration and solving the prospect’s problem. If these steps aren’t ALL taken, you’ve blown the sale.

#5: They Don’t Want to Seem Desperate or Pushy.

The salesperson’s ego is delicate. We rely so much on our ego and confidence that most of us will avoid damaging it. Salespeople hate to look desperate or needy. No one ever closed an earned deal by begging. Beggars want free stuff. You gotta pay the cost to close a sale. The ego can cost a salesman a fortune. We also want to appear successful in our own right. The ego won’t let you be successful and desperate at the same time.

The average salesman’s ego can be crushed pretty easily. If they seem needy and come off as pushy, they fear the prospect won’t talk to them or ever buy from them. So, instead of taking the shot and doing follow up, they just avoid the prospect altogether in hopes the prospect might reach back out to them. Just a heads up: it never works like that.

This one pisses me off the most. I’ve worked for companies that supplied leads for us. In exchange for supplying leads, you take a smaller commission split. I looked at this as if I were paying for the leads and every deal counted. Yet, I watched lots of sales guys not give AF because they didn’t have a monetary investment in obtaining the lead (in their mind.)

If you’re lucky enough to get leads handed to you, you work the hell out of each one and thank the person who gave them to you! There are so many salespeople out there who are spending their time, their money and putting in major effort to get leads every day. If you have them handed to you and you don’t contact or follow up, you’re an entitled asshat. Yeah, I said it. Let that sink in for a few…

I may have just listed six reasons salespeople don’t contact or follow up with leads, but there’s really no excuse for not doing so. Leads are the lifeblood of sales. Without contacts and prospects, we are nothing. You can’t close what you don’t have. If you don’t have leads, you’re not closing. It’s that simple. Leads pay your bills. Each one represents a dollar amount. It should be in your blood to go get those dollars or you should go get an engineering job with HR.

Registration is always open for Break Free Academy. Come spend two days in Dallas, Texas with me. We will work hand in hand to create a lead-generating sales funnel and set up killer follow up systems to maximize every one of the leads the funnels will get you. Apply at www.bfadigital.com.

If you’re ready to invest in your personal success and you’d like to find out about the programs we have developed especially for you, simply head over to www.breakfreeacademy.com/entourage and we’ll have a sales conversation about your future.