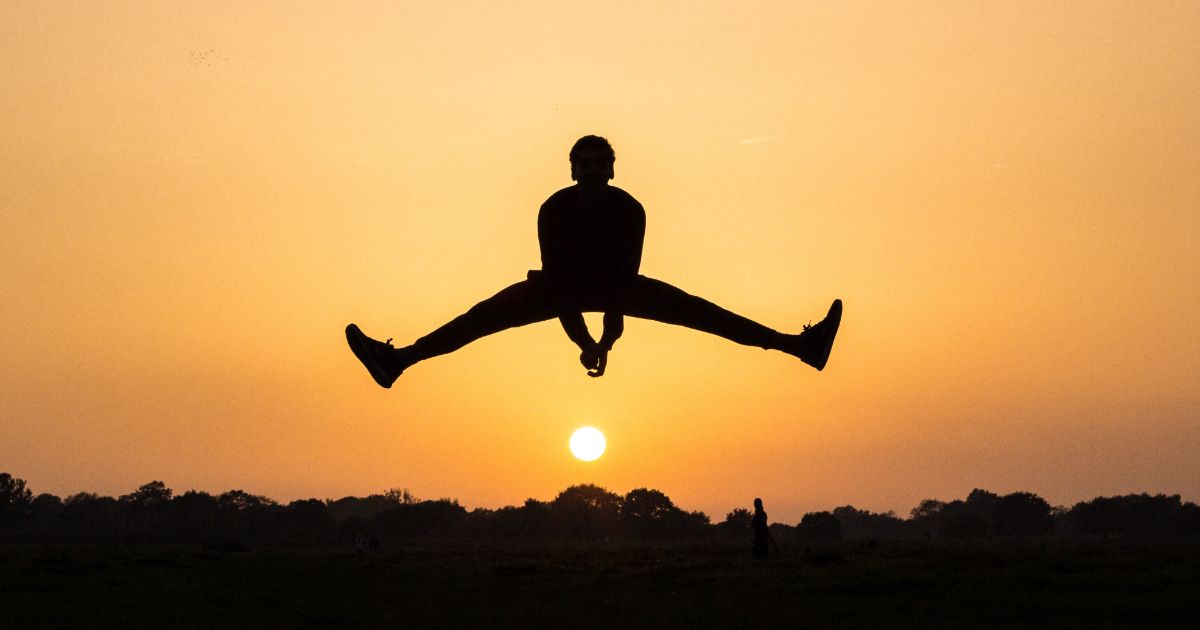 No matter what your beginnings, or your current state, you have power over your own happiness.  You cannot leave it to chance, or let it be determined by anyone but you.  You are the author of your own life.
Nobody else can live yours for you.  Nobody else can make choices for you.  You cannot allow external forces to determine where you go in life.
Every little choice you decide to make each and every day of your life can either take you closer to or further from who and what you want to become.
If you are in a place you don’t want to be, then evaluate what it will take to get yourself out of there.  Until you are able to remove yourself permanently from a bad situation, you need to protect yourself from taking on the negativity around you and letting the Force of Average define you, or destroy you.
You are not a sponge.  You do not need to not absorb whatever is imposed upon you. You have the power within you to rise above outside forces, external influences and other individuals who may not have your best interests in mind.  You are a strong human being, with seeds of greatness given by God.

4 Things That Can Help Us Take Ownership Of Our Lives

You are not a product of what happens to you

Ryan Stewman is an incredible example of this.  I was attracted to Ryan’s story because he has been through more crap than probably any one of us will ever endure.  3 divorces, hard time in prison that wasn’t merited, a federal investigation, tax audit, abuse and neglect as a child, and I’m sure much more.
Ryan could have taken what he went through and used all of that as excuses as to why he could never be successful.  It could have been a huge stumbling block for him.  He could have hidden all of his truth from the world, out of embarrassment and fear, and none of us would have ever known him.
He would never have been able to take on his calling in life because he was allowing his circumstances to determine his destiny.
Instead, he took his heartbreaking story and he owned it with pure vulnerability, honesty, and integrity.  He pushed past “Hardships” and became “Hardcore” as we all know and love him today.  He is living at the top of his game and teaching us how the heck he got there.
If someone like him, coming from such pain, anguish and unfairness throughout his life, has the ability to harness the power within him to dispel fear, uncertainty, and insecurity and transform it into incredible success, then those of us with much fewer trials certainly can do the same.
Even if you are wrongly accused, bitterly abused, or physically bruised by someone else, you have the choice to let it own you into defeat, or let it hone you into the elite.

You are more than what you become

One of the most common themes in classical and modern philosophy is that people are always in the process of becoming.  You become a young adult, you become a father, you become an old man and then you become dust. You’re always in the state of becoming something else.
This, of course, is solid evidence of the general thinking that we are what happens to us…that our lives are merely reflections of external factors. But what we BECOME is only a part of who we are.  Everything that we become, is not always a choice.
If I could choose, I would have stayed young forever.  I don’t want to become old.  But, that’s out of my hands.
However, despite those things we can’t control, we have a choice to BE what we want to be.  Being is different than becoming. Being is more solid. Being is more permanent.  In fact, when you read the Bible, when Moses asked God what His name was, God responded with the name “I Am.”
Compare this with I am becoming or I became something. Completely different. When the focus is on the essence, the discussion naturally turns to permanence.  The truth is that while your body may age and your mindset might change from time to time and your income levels go up and down, all sorts of external things change with you.
However, there are certain things about you that are unchangeable. In other words, they’re part of your essence. Never lose sight of this because when you measure yourself and happiness based on the things that change it’s easy to lose sight of the things that truly matter.

Make the Law Of Cause And Effect work for you

Also known as Karma, sowing and reaping, The Law Of Cause And Effect is always in effect.  Whatever you are experiencing in your life right now is the effect of the causes you put into play in the past.  If you’re not making much money today, guess what, you made decisions in the past that produced this effect.
If you’re in an unhappy relationship right now, guess what, that is caused by past decisions.  Everything in your life is an effect and there’s always a cause.
Conventional wisdom says that this is wrong because there are certain things that are just purely out of your control and you’re just a victim of these external circumstances.  You just became a victim and you’re in the process of becoming an even bigger victim.
The G-code teaches us how to take control of cause and effect. Just by living in gratitude and implementing daily habits into our routines, we can gradually begin to have more and more control over the outcome of our lives.
The fact that you are able to change the effect on your life by the simple decisions you make means that you are in control at some level or another.  You can use this level of control to become a victor instead of a victim. It really is a simple choice. You can continue to make excuses or you can choose to make progress.
It really all boils down to that and that is the key to being an effective author of your life’s story. If you feel that your life is just basically a set of random accidents that are really put into play by actors beyond your control, then life will be meaningless, life will be pointless and it will be very frustrating and unhappy indeed.
But, if you look at your life as the result of your choices, then you would be in a better position to be happier because you can start to put the right causes into motion that would produce better effects.

The best life is a life of no regrets

What is the definition of the best life?  The definitions can vary from person to person.  But if you’re looking at it from the perspective of fulfillment and contentment right before you die, I would suggest that the best life is the life of no regret.
When you don’t feel that you don’t have to forgive somebody. When you don’t feel bitter about something or you wish that you can undo something in the past that is the best life – a life with no regret.
The best part of this all is that you are still writing the story of your life.  Just because there are bad things that happened in the past that cause you problems now, doesn’t necessarily mean that the novel of your life has ended.
You can still write the new outline, the new script, the new plot for a better life to come because the law of cause and effect is always in effect. If you start planting good seeds now, you will reap a beautiful harvest in the future.
If someone in your life is imposing their plans, their wishes, their expectations on you and you don’t like it, then stand up for yourself.  Take that key into your own hands and create the life, the destiny, and the happiness you deserve.
Don’t wait. Live the APEX life now.
← State of the Sales Union Address 2020 [Video] The Lazy Salesmen 's Way To Getting Rich →