Hate Salespeople? Here’s How The World Would Be Without Us 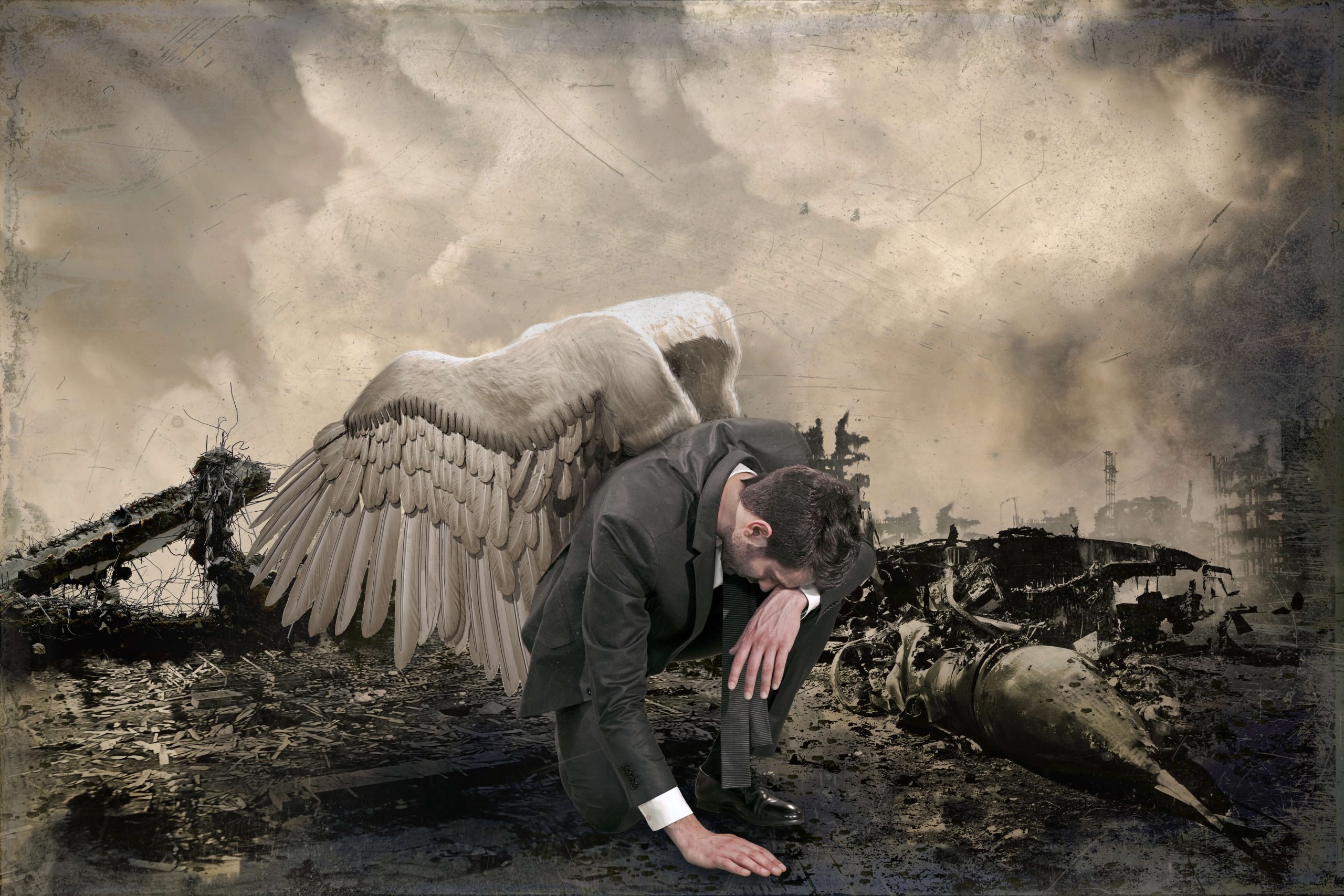 If salespeople didn’t exist, we’d have a bunch of smart people and cool sh!t that nobody knew about. Think about it. Who’s gonna spread the word about awesome products? Bill Gates hires salesmen to push his products. So does pretty much every other inventor out there.
Yet, every day, whether I’m on a podcast or an interview, the host always says, “But when I think of the word ‘salesman’ I think of a slimy used car salesman.” It makes the blood in my body boil. Why do people hate salespeople? The world relies on us. Matter of fact, we are all salespeople in one way or another, every day.

The world as we know it wouldn’t exist without salespeople.

Hollywood doesn’t help our case much. They always make big blockbuster movies about villainous salespeople like Gordon Gecko or Jordan Belfort. There’s like one movie Pursuit of Happyness” that is a rags to riches, no corners cut, story about a successful salesman.

If you’re paying attention, most companies and industries have even moved away from using the word “sales” in the titles of their salespeople. They call them “consultants”, “customer care representatives” or something else avoiding the word “sales” like the plague. No one says “real estate salesman.” They say “realtor.” You don’t call the loan salesman; you call the mortgage broker. It’s as if the world has censored the word “sales” like it was a four-letter word.
Meanwhile, with Hollywood hating on us, and public opinion low, we are at an all-time high of the amount of products being sold globally. Seriously, never before in history has there been so many sales transactions happening on a daily basis. The only difference is the sellers are not selling what they used to. Door-to-door salesmen can now reach a global audience by uploading their products on Amazon. But there’s still a salesman behind the scenes, whether the public likes it or not.
We all know that one customer who will tell 10 people if you screw up, but won’t send you a single referral when you do the best job ever. That’s the same person who says “I hate salespeople.” When in reality, they hate themselves. The world loves us! It’s evident everywhere. You can’t walk a city block anywhere without running into a salesperson.

It’s almost like it’s taboo to say you like salespeople. When I say, “I’m proud to be a salesman” on a radio show or something, the host acts like I just dropped the F-bomb or something. It’s like they expect me to be ashamed, or have some sort of fancy, alternative, nicer name for it. “No b!tch, I’m a salesman!”
The greatest inventions of our time are used on a widespread basis thanks to salesmen. When an inventor creates an awesome invention, the first thing they do is find a salesperson to sell their product. Products don’t sell themselves. Matter of fact, when someone says, “The product sells itself,” ask them, “Then why are you pitching me on it?” Lol.
If the sales field didn’t exist, we wouldn’t all have mobile phones, computers, the Internet and even toilet paper. Each of these inventions started with a salesman spreading the word. So, no matter if Hollywood hates on us or not, we’re saving the planet one closing at a time!
Speaking of sales, you owe it to your marketplace to be the best salesman you can be. It’s your job to make sure your prospects buy from you (the best) and not the competition. If you want to sell your way to the top, then copy the sales model of someone already at the top.
Also, if you’re looking to invest in yourself, your sales and your advertising, take a few minutes to fill out the form below in detail. We have some spots open on a few of our consulting and coaching programs. We’ve made a lot of people a lot of money…are you next? Lastly, share this article with a salesperson. They’ll thank you for it.
← Seven Common Mistakes Average Salespeople Make Five Dead Giveaways That Tell Prospects You're Desperate For Business →