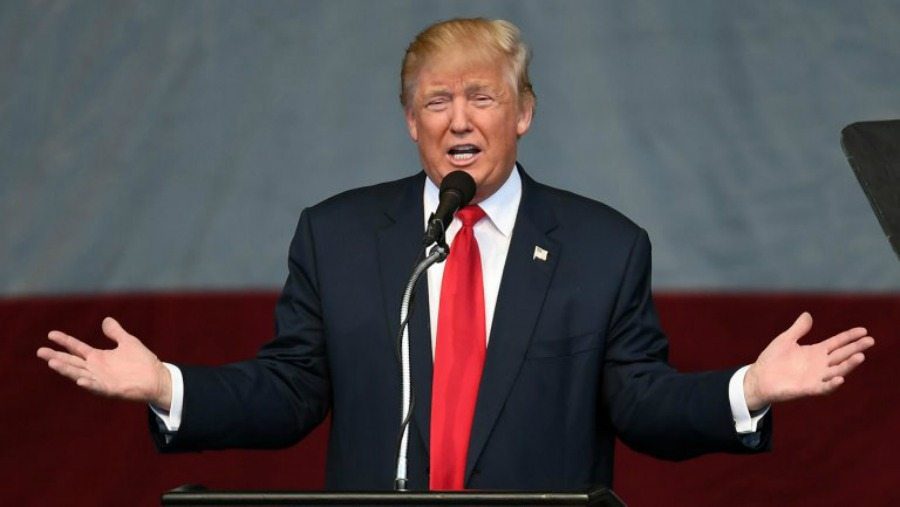 I know that writing this article will piss some people off. I’m totally okay with that, or I wouldn’t have written it in the first place.

Before you go getting all snowflake and mad at me, let’s take emotion away from this equation. For once, this is an article about Trump’s ability to sell and close, not whether he is a good president. Again, put your partisan politics to the side and remove your anti-Trump hat.

Let me teach you a deep-rooted psychological sales strategy I just watched Trump pull off.

First, let me share the story, in case you’ve been under a rock.

The anti-Trump camp has been saying he’s an idiot, not mentally stable and too dumb to be in the office of the president. This all came from a section of a new book out about him that he addressed in a tweet. His tweet noted two crucial anchors that actually will help Trump immensely in the future, and that sent the anti-Trump crowd into a tailspin.

Twitter and the rest of social media lost their mind. Here’s where they messed up though, and really helped Trump. They started calling Trump a stable genius. They started tweeting about him being “like, really smart.” Now, to the simple mind, it’s simply sarcasm. However, words repeated, especially without tone and context, become ingrained in our minds. We hear the message and not the sarcasm.

This time next year, people will have actually shifted their thinking and will just call him a genius.

I know it sounds crazy, but words said over and over again, eventually take form in another way than intended. Just like lies. If you tell a lie often enough, it will eventually be taken as the truth. We see the American government use this psychological principle all the time. We see the media doing it, too. Still, one year later, no Russian evidence but it’s been repeated enough that people believe it.

Meanwhile, every day, millions of times a day, people on social media, the news and in magazines are associating the Trump name with genius. Even though they say it to make fun of him, when they do it, it still anchors it in their brains. It’s simple psychology. Furthermore, every time someone on the pro-Trump camp sees “stable genius,” they feel reinforced that they voted for the right guy.

It totally backfired and I don’t think the masses understand what they are doing.

The one trick Trump did best, is he used “like, really smart” in his tweet. His team knows the people who don’t like him look for any typo, saying or anything to call him out and say he’s stupid. Adding the word “like” gave them something to go after and they 100 percent took the bait. All of it.

Meanwhile, Trump is the most talked about (and written about) president in the history of presidents, and he’s only been in office one year. Every single news channel blabs about him 24/7. There’s never been anything like it. Trump’s team knows this and they set up the media and the social media haters every time. This time they got them to associate “Trump” with “genius.”

He set loose strong anchor words on Twitter, and now the entire world is calling Trump a stable genius. He sold them! They think it’s negative and insulting but calling someone who thinks they are a genius, a genius, only reinforces it. Those who already think he’s a genius are being told this over and over again. Not the best move out of the anti-Trump camp.

Here’s how you can use this technique in your sales game.

When you start your selling process, use words that the contrarian prospect might discredit up front, but continue to use those words anyway. After about 5-8 times they will start to view the words as the truth. Let me give you an example:

Even if you seem like a scatterbrained salesman, calling yourself an expert on what you sell goes a long way. The first time you say it, the prospect might discredit you. The second time they might do the same thing. After you say it a few more times, it anchors the word in their mind and changes their perspective.

For example, use phrases like:
“That’s why you would want to work with me, an expert on the matter.”
“According to my experience and expertise…”
“Any expert, myself included, can tell you…”
“Other experts out there don’t have half the experience I do.”
“This is a job only a true expert can handle and you’re lucky you found me.”

Reinforcing the anchor word “expert” is the key here. Every chance you get, in a nonchalant way, casually mention “expert” and anchor it back to you. Don’t overdo it, but make sure you drive the point home strong and reinforce it every chance you get. At the end, simply ask, “Wouldn’t you prefer to work directly with a certified expert?” Then close them on you, because everyone wants an expert to help them.

For more sales and psychology strategies like this, join my mastermind program where we focus on the latest selling systems, advertising methods and everything else involved in modern-day marketing and selling. You can get all the details at www.breakfreeacademy.com/entourage

← THC Podcast 097: 5 Things You Need To Know About Starting Your Own Business Tai Lopez, Grant Cardone and Gary Vee All Have This in Common →