How I Quadrupled My Income This Year By Working Less 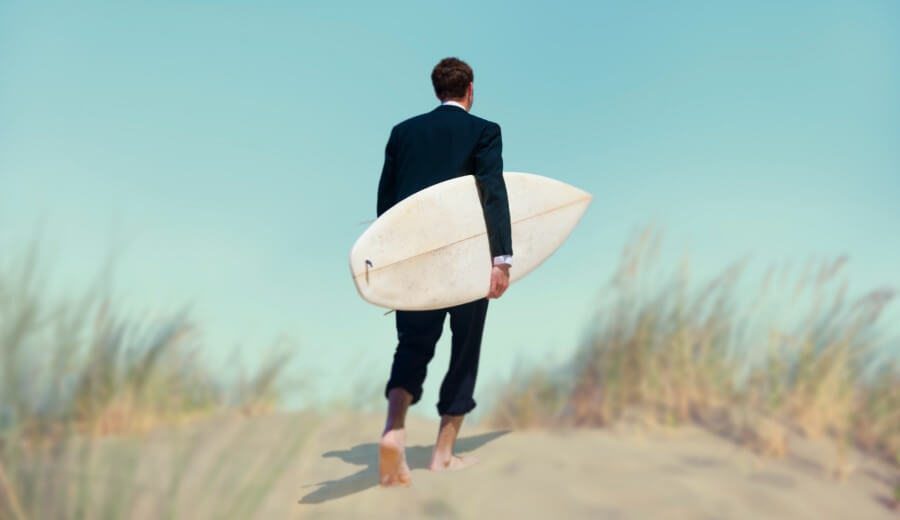 I was on the phone with Mr. Stoner, my CPA yesterday and he was congratulating me. He watches my numbers closer than I do, he was going on about how I quadrupled my income in the last 12 months. He also went on to tell me I had to pay myself a $27,000 bonus that needed to go directly to the IRS (BASTARDS.)
After we got off the phone, I started reflecting on how far I’ve come in just one year. 2016 really was my breakthrough year. Many of my dreams and goals came true this year. I know the headline mentions working less, but it’s not what you think. I make no apologies because you know how it is these days, the clickbait is real. I’m going to breakdown how I was able to quadruple my income in less than 12 months.
I’m writing this blog post on December, 29th of 2016. When I mention “this year” I mean 2016. I just want to clear that up, for those of you reading this later on down the road. It’s literally the end of 2016 and I’m going to give you the details on how I made this year my bitch.

I’m known as a guy who is always working.

While I did work my ass off, this year, I made a shift from what I worked on. In 2015, the majority of my time was spent closing sales. This year, the majority of my time was spent creating content.
Making the shift away from sales was hard. I’ve been telling myself that I’m a salesman all my life. I love picking up the phone, calling a lead, and closing the deal. It’s the biggest rush I’ve ever had (still) and I’ve done a lot of drugs. I never imagined that I would end up playing the CEO role more than the salesman role. It happened, though. I shifted to high-level sales and not being the closer.
In my mind, closing sales was how I made all my money. Turns out, it was how I earned my money, but not the best use of my time. I can sell a lot more via videos, blog posts, advertisements, sales letters and all that. In the time I picked up the phone, called a lead, heard them out, and closed the sale, I could have put my video sales pitch in front of thousands of people. That’s exactly what I did.
In the past, I used my videos and blog posts to generate leads. This year, I started using them to close sales. This changed the game for me. Now, instead of having to call every single prospect that became a lead, I only had to call the ones who didn’t close after watching/reading my stuff.

This cut my workload down dramatically.

This also made it easier to sell my stuff, which is why I hired salespeople. I hired and trained salespeople who could close the prospects who didn’t buy after seeing/reading my stuff. It wasn’t easy to train them, I had to hire and fire a lot of people, but right now, I have four people making sales for me and that’s all I need. Strangely enough, when I cut their lead flow down, they started selling more. Meaning the less they worked, the more they closed, too.
With salespeople now on the front lines, handling sales for me, I was able to step into my creative zone and start producing better funnels with better advertisements. Over the course of the year, we created what’s called “dynamic response marketing systems” and put them in place. Dynamic response is basically automation as much as possible. From auto-emails to mass texts, our system keeps following up until the prospect is ready to buy, it’s at that point the sales person gets involved.

The salesperson ONLY steps in to close. Other than that, the system does its job.

With my system in place, it’s given me, my team and the sales staff more free time to do what matters most, helping people improve their lives. Everyone is happy, too. The prospect gets followed up with and receives a lot of value up front. While the sales team is only fed leads who are ready to buy. Win-Win.
As my robots and sales team started making sales, I invested back in the company heavier and heavier. I hired people to do more and more tasks, so I could work less and less. I’ve learned, that as a CEO, most of my time should be spent creating content and focusing on ways to grow the company. So, I hired people to coach for me, do tech work for me, run my robots for me and even run the employees for me.
I removed myself from doing damn near everything. By nature, I’m an efficient worker. So, I’ve used my old school work habits, paired with my newfound open schedule, to my advantage. I still wake up early and get shit done. This usually puts the end of my workday at 2pm. This is also about the time my sons get home from school, so I get to hang with them.

I’m free to spend more time with my family and relax my mind. Which were both much ignored in 2015.

Another thing I’ve done is instead of doing one-on-one sales calls, I’m doing webinars and speaking from the stage to hundreds of people at a time. I can now speak to 100+ people for an hour and close 30 of them. In the past, I had to make 100 hours’ worth of calls to close what I close now in one hour. This obviously frees up a lot of my time as well.
So, what do I do with my newfound extra free time? I find shit to do that can grow my company or my portfolio. I’m not tied to a schedule or any of that. I control my days and do what I want. I sound like a toddler lol. The direct result of this has been quadrupled sales and production. In 2017, I fully expect to quadruple again.
Growing and scaling a business is hard at first, but once you find your groove, it gets easier and easier. Especially as you make more sales and earn more cash. You start out spending all your time getting more money, and you end up spending all your money to get more time.
← THC Podcast 043: How To Use Suggestive Selling To Close More Sales The CATAPULT Method for Getting Back on Your Feet When Life Knocks You Down [VIDEO] →