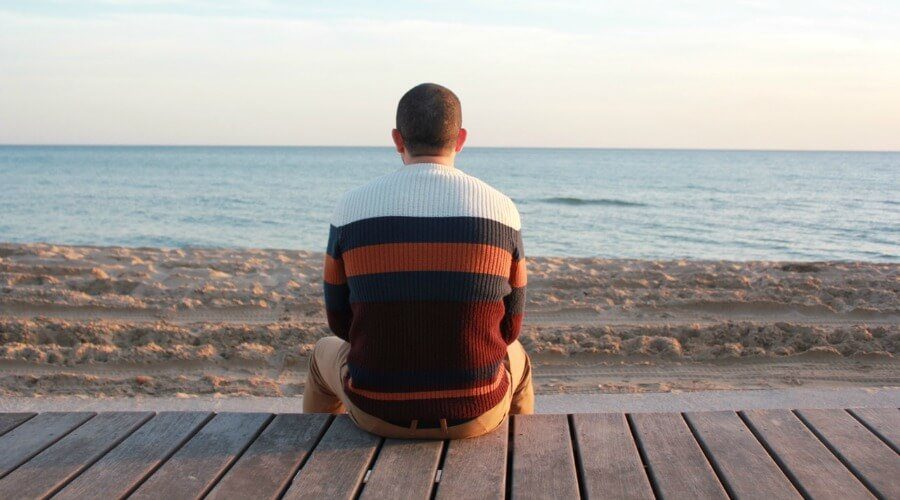 I know what you’re thinking upon reading this headline. What a real accomplishment. Most people would look at this and yell, “gadzooks,” then immediately question why they’d hollered the phrase “gadzooks” as we all know it stopped being popular in the 90’s.

Back to my point. How in the hell did someone actually waste $100K in 6 months?!

Try asking instead: what did I gain from this? Let’s dig deep to find the kernel of growth that can come from some of the lowest points in our lives. I wasted this money on none other than the fact I was in…college! Dun. Dun… Duuuunnnnnnnnn. (What a big shocker that a 19-year-old did something stupid when he was given access to an account with more money than he had ever had and an additional shocker that he decided to waste it. Call Ripley because I don’t believe it…) I’m secretly thankful for this foolish act and time in my life because I learned and grew from the most important lesson I’d ever experienced.

I was just like any other kid. Pressured by the expectation to go to college. Who had no idea how the real world works. Well, the real world kinda sucks sometimes.

After the last “summer” of living my “old life,” it was soon time to ship off to Penn State Mont Alto, a minuscule campus college in the middle of Pennsylvania. Lovely little area, great view…but, not much to do if you don’t have a car… Luckily for me, I had something better than a car. I had a college fund that had been crafted to fully pay for my education thanks to careful investment choices on my behalf… Of course, I knew nothing about how any of those things worked; I did not even know how they made money. All I understood was that I had access to an account with a bunch of money and no parents around to tell me what I could or could not spend it on.
As a smart 19-year old I thought, I should go buy a car! Never owned a car. Don’t know what to look for in a car. I’m sure I’ll be fine. I just need to go to a local lot and buy one, right?
“Yeah, sure 19-year-old me… Do that. I’m sure you’ll LOVE the outcome.”

Genius decisions are made every day. Elon Musk invented Tesla and I bought a 2002 Sparkling Gold Chrysler PT “Dream Cruiser” because I thought that’ll be really cool looking to drive around in… As I type this, I fear someone out there will try to defend my decision and I applaud you honestly. It’s true. This was a new car with low miles, and this thing could have become a collector’s item one day. Though that collector would have replaced the water pipe, a head gasket, lost all his power steerings, popped a wheel and neglected oil changes. (I had no idea cars need oil changes).

So…that car broke. It was time to get a new one. Fortunately, the PT Cruiser only set me back $7K or whatever. Then I got an even better idea! I still knew next to nothing about cars so it made sense that I would go out and get a loan for a 2007 BMW 3-Series with a messed up oil pan on a ride notorious for catastrophic failure. One BMW with a busted engine later, I was yet again without a vehicle, but now I had a $20K debt that I couldn’t pay back because I’d blown the rest of my money on televisions, game systems, a reckless abandon of decking out the “party house,” computers, alcohol, rent, tuition for classes I never attended, textbooks for classes I never attended — you get the gist.

Flat Broke and Stuck In Pennsylvania.

No car. No more college. No idea what the fuck I was going to do. So, I did what any sane person would do at that age with only a waiter job at Denny’s to complement one-off web design work he’d done for his father…I went out and got another job! (Reminder also, I was 17 minutes to the nearest town).
Long story short, I sold my soul to the electronics’ retail game after a short and horrid stint as a pizza delivery driver ( a story for a different day). The good news? I was making barely enough to physically survive just above the poverty line. The bad news…I was a miserable wreck spending every day hating myself for not having touched my computer in months!
I had to fix that situation…get back into my passion.

Having Nothing and Still Giving It All Up.

The misery of my lifestyle dug deep. I was stuck working as a drone at a franchise of a franchise of a cell phone store living paycheck to paycheck with no free time for anything fun in my life.
So, I quit.
Mind you, I had a plan before I quit. My friend and I had been working on a business on the side; the concept was related to technology and digital services that we had been tinkering on since we were both sixteen. With me needing a change before my life became a waste, it was time to go deeper for real. We were both confident it was what we wanted to do—change the digital game forever. (I still strive for it daily).

Suddenly, and simply through working for myself and pursuing my passion, I became happier than I had ever been.

I turned my life around just from doing what I love and you should, too!

Skip forward a few years and I’m working with my nose to the grindstone, which brings us up to present day. My life is finally changing, becoming how it needs to be. I have begun working with amazing people who daily drive me to try new things and to explore all that the world we live in truly has to offer.

Don’t let yourself be torn apart by indecision. Be willing to let everything that you have go, so you can find what you have left in yourself. Be comfortable wasting every cent you have before saying it doesn’t work.

Fuck Your Excuses and Start Already.