How Is It Possible To Be In Sales and Be Broke At The Same Time? 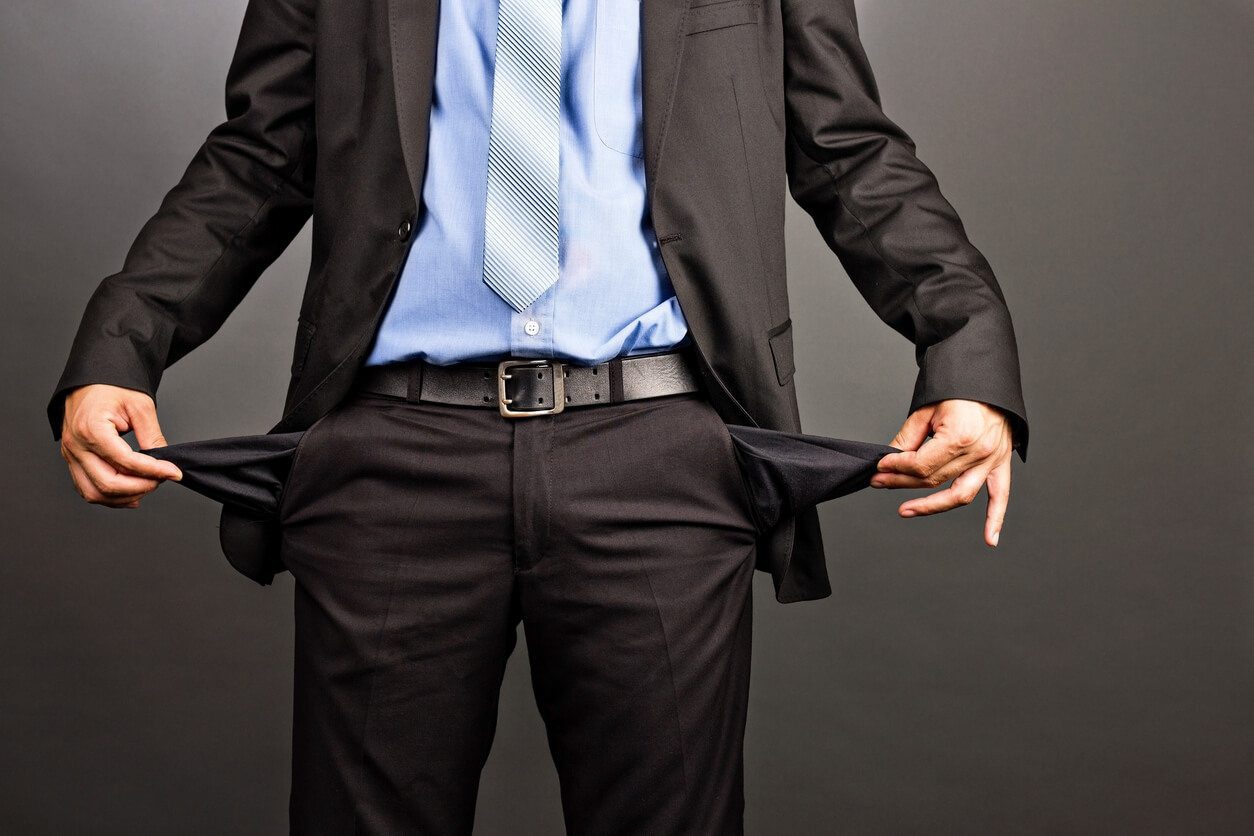 One thing I’ve never understood is broke salespeople. It’s truly a strange phenomenon to me. Think about it. They get into a business with no income ceiling, unlimited prospects, unlimited potential and they decide to stay broke. Wouldn’t it be easier just to take a steady paying job in another industry?
Sales is stressful. If you’re not in it to make money, you need to get out. No one yells at the HR department or the engineers, yet salespeople take brutal tongue lashings daily. Why would someone want that stress and not get paid big numbers over it?
You see, I got this theory. My theory is that 90 percent of the people in sales, shouldn’t be there. The ones who are broke, unwilling to invest in themselves and struggling, are the ones who blow sales that you and I could have closed. This costs us money, the companies we represent money and the prospect doesn’t have a solution to the problem they have.

Just talking about this sh*t gets me heated.

Ever been at work, seen a fellow salesman lose a sale and think to yourself damn man, I could have closed that?” It’s a shitty feeling to watch money walk right out the door. If you’re like me, you want to close every single sale you can. For the money and for the clients.

So, why take a job where the sky is the limit and then put limitations on yourself? It just makes no sense to me. Yet I see it happen all the damn time. Daily, I get applications, leads and calls from broke salespeople. I always ask them “If you’re broke, why are you still in sales? It must not be for you.”
It’s one thing to be brand new to a sales job and just getting started, but if you’re a 41-year career sales vet and you are broke, you should be ashamed of yourself. What kind of grown-ass person, with 40+ years on the planet still hasn’t mastered money or the art of getting it? I just don’t get it.
I first noticed this in 2009. I worked for a company where there were two types of broke salesmen. Those who couldn’t close shit, and those who blew all their money as soon as they got it. Both of these personality types blew my mind.
At that same company, I’d watch salespeople come in, get the same leads as me and blow through all of them, only to complain that the leads they got were bad. These were people with college educations, great upbringings and even in some cases nepotism, too.
Meanwhile, I’d come from federal prison. My family hated me. I’d grown up with drug dealers and convicts and dropped out of school before completing the 9th grade. I had every excuse you can list to fail. Yet, I was number one in that bitch before the first 90 days I’d worked there.
The thing was, I care about clients and I care about making money. I wasn’t there to hangout for 8-10 hours each day.

I was there to work, help people and get paid. I had no choice.

You see, while the other folks may have had family to fall back on, I didn’t. While the other employees may have had a working spouse, I didn’t. While the other salespeople might have saved a little money from the bubble, I hadn’t done that. I had to get good or get ghost.
Tony Robbins says when you go after something you must “burn the ships.” The reference refers to storming an island and burning the ships behind you, so you have no chance of retreat. You win or die. This is how I live my life. My ships were burned years ago. There is no retreat. I got NOTHING and NO ONE to fall back or rely on.

Since my ships were burned a long long time ago, I’ve been focused on winning the battle and not getting killed.

Most salespeople I see, are constantly running back to their ship and once they set it on fire, they’d either die in battle or burn with the ship. I’ve been forced to perform or die. No exceptions.
I’ve never been broke while working in sales. Matter of fact, there have been only two times in my adult life that I’ve been broke. Both times were after coming home from serving time. I don’t understand how a person can work in sales and not have cash.
When I got out of the joint, sales was the only option for me. It was also the one thing I knew that would get me money quickly. Matter of fact, sales is the one thing I have always been able to rely on to keep me afloat. Which is why I get so frustrated and mad at broke salespeople.

If you’re broke in sales, consider dropping your ego and getting a “real job.”

This shit ain’t for everyone and if you’re not making money, you’re simply in the way of those of us who are. Seriously, if you earn a commission and you’re broke, it’s your fault. You should have invested in books, programs, practice and everything else. Instead, you’re broke.
How does it feel knowing my no-education-having ass can leverage sales to make millions and here you are with a degree and good parents failing to prosper? Yeah I know, that last sentence may have infuriated you, but ask why. It infuriated you because you know it’s true and you know you have only one person to blame. YOU.
If you’re a broke-ass salesman, maybe it’s time you go get a job with stability. I know, it’s hard to come to grips with the reality that sales ain’t for you and you can’t sit with the cool kids, but it will serve your life better in the long run. Broke salespeople are an embarrassment to the industry.
It’s the broke salesman’s desperate shit they do to prospects that comes back to bite him in the ass. It’s the broke salesman who’ll say anything to close the deal. It’s the broke salesman who overpromises and underdelivers. It’s the broke salesman who causes the company to get charged back then complains to the boss they can’t afford not to get paid. Fuck broke salespeople. Lazy fucks.
← THC Podcast 056: The 5 Best Ways To Take The Cold Out Of Cold Calling You've Got Crabs →