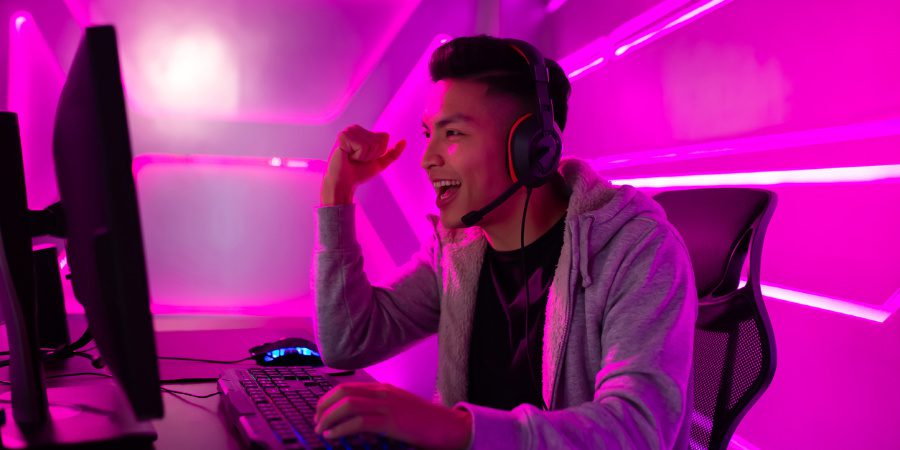 Everquest, Diablo, World Of Warcraft, Runescape, whatever your MMORPG (Massively Multiplayer Online Role-Playing Games) of choice was, you remember the feeling of logging in accessing an entire world of opportunity.

According to Wikipedia, “(MMORPGs) are a combination of role-playing video games and massively multiplayer online games in which a very large number of players interact with one another within a virtual world.”

As in all role-playing games or RPGs, the player assumes the role of a character (often in a fantasy or science-fiction world) and takes control over many of that character’s actions. MMORPGs are distinguished from single-player or small multi-player online RPGs by the number of players able to interact together, and by the game’s persistent world (usually hosted by the game’s publisher), that continues to exist and evolve while the player is offline and away from the game. Some of these games have generated over a billion dollars in revenue from their massive subscriber base.

Many of us who grew up in the late 90s and early 2000s felt online video games were the greatest gift we could ever receive. As a young man, I was blessed to be one of the first of my friends to get a cable internet connection. This meant as an unruly 12-13 year old I instantly had permanent access to the wild wild west of the internet. I mostly used it to play video games with my friends. Diablo 2 Lord of Destruction was my game of choice in those days.

This game led me to understand the bartering system and how to be a better negotiator.

The premise of Diablo 2 LOD was to create a hero and level them up by killing monsters, demons, and all sorts of hellspawn while battling to save the archangel Tyrael. All the while collecting high powered magical items which gave your hero more health or damage to augment their special abilities. As you played the game and killed more of the NPCs, or non-player characters, you would continue to find special armor and weapons which you could stash away back in the home camp. Not all of these items were valuable to certain character types or players.

This paved the way for trading channels to be created.

At 12-13 years old, with nothing better to do outside of school and homework most days, I found myself diving deeper and deeper into this new online community. I would play for a while, collect these legendary items, and spend hours watching the trade channels scroll by while absorbing the different values and who would want each of these items and for what purpose. I would then spend hours chatting with other players, attempting to trade items and negotiating the best deal for both parties. I poured through blog post after blog post on how to build the most powerful characters with the most Magic Find ability, which caused the monsters to drop more valuable loot. I learned how to kill the monsters with the most chance to drop specific items in the most efficient way possible. Essentially, I maximized the RoI on my time invested in each part of the process. The more things I could kill, the more items I could collect, the more I could trade out for more of the items needed to kill faster and with a better chance to find what I needed.

I would repeat this process for hours and hours throughout the summer between freshman and sophomore year until the birth of eBay.

Once my group of friends and I found out we could sell these digital items on eBay for cold hard cash everything changed. We no longer played the game for fun; we treated it like a job.

We would go through the hundreds of mule accounts we had generated and list specific items for sale on eBay based on the current inventory and our fellow competition—mostly Asian bot farmers. These folks ran computer-automated robots 24/7 that killed monsters. Then they collected items to resell alongside us.

Some weeks we could generate a few hundred bucks selling the goods from our digital armory to kids who didn’t have time to play, the patience to hunt for the items, or access to Mommy or Daddy’s credit card information. We mostly spent it on weed, junk food, and whatever other digital items we needed at the time.

As I continued on my quest to conquer the many new games that came out in my early and late teens I would always find a way to monetize the extra items and goods I found while playing MMORPGs.  In the early World of Warcraft days, there was an entire Auction House system designed to promote trading between players. Those of us who played 12-14 hours a day always had extra goods to be traded off to those who had less time to play but more expendable real-world income to use on in-game goods.  We even got to a point where we would buy, sell, and trade high-end accounts for anywhere from a couple hundred, to a few thousand dollars. The money was all reinvested into more powerful accounts that we could play or trade away.

Online communities can be as vicious as any sales floor.

Your reputation as a trustworthy and honest player/trader is serious business. It is just as easy to be exiled from the online community as it is to be thrown out of a village for developing leprosy. This means, to get the items and stature you are seeking, you have to know how to build rapport and communicate accordingly. These are the same skills you need to build a business and be successful in sales.

The only way to create accounts of such high value is to spend time playing the game, joining high-end raiding guilds, and navigating the social constructs of these special communities.

The more I look back at those times, the more I realize that while most people saw the days, weeks, and months, of my life spent at the computer screen wasted on some silly video games… I was actually getting a REAL WORLD education on how to network, negotiate, and navigate the world of life, business, and politics in my own way.

Using the same skills learned playing video games such as, researching powerful strategies and creating effective tools to gather information, I started my home business selling websites aka sales funnels to business owners and companies wanting to attract new clients. I navigated social media to find the best prospects to do business with and learned how to maximize my speed and efficiency when doing so.

Not only was I able to leverage those skills but I am still connected to a massive network of individuals who’ve grown to know, like, and trust me. As we all got older, many of us started our own businesses which means we now have a network of individuals we can send referrals to that we can use to create additional streams of income.

If you’d like to know more about creating your own business using the skills you learned playing video games, and understand the value of working with your vast network of potential clients to help them generate more business, head on over to www.funnelcloser.com. Check out the program that helped me generate over 6 figures in income for 2019.