How The Latest Major Marketing Shift Affects You Directly 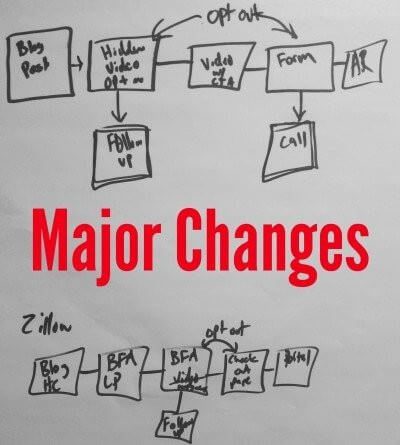 Have you noticed a difference in the posts you’ve seen lately in your newsfeed?  If you haven’t, you’re not paying close enough attention.  Facebook’s algorithm is more intuitive than ever. With every post, like and comment from you, me and the other billion plus users, facebook’s software gets smarter.
The reason facebook’s software continues to gain intelligence about us at an alarming rate has nothing to do with big brother.  It does however, have everything to do with spying on us.  But in a good way.
Facebook is nothing more than a website.  The most profitable way to monetize a website is by advertising on it.  The more time users spend on the website, the more ads the website can show them, which means the more money they can charge advertisers.
On facebook today, the most common type of advertisement is CPM. CPM stands for cost per thousand, M represents the Roman Numeral 1000.  For every 1000 times an ad is shown online, which happens in seconds in some cases, the advertiser is charged an amount determined by the average media by on facebook at the time.
In short, the more time  you spend on facebook, the more ads they can push through your news feed, the more ad money they can charge, the happier Wall St is. You and I both know that Wall St is never happy though. 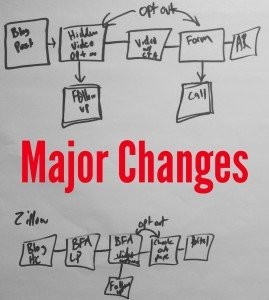 When facebook came to be a mainstream site in 2008 or so, it was one of only a few social media sites.  Twitter was just catching steam and snapchat didn’t even exist yet.  When instagram popped up, facebook quickly overpaid for it at the time.  They saw the trend coming.
Before we knew it, Pinterest, snapchat, whatsapp, kix and a million other sites seemed to pop up overnight.  All going head to head (so they think) with facebook for eyes and advertisers. Even google got in the game at one point with G+.
While facebook has a lot of competition now days, they still remain the undisputed champion of social media.  People just  use it differently than before and it serves different purposesdepending on the demographic.
Young people 30 and under, use facebook less than most.  When they log onto facebook they are usually just checking messages or searching for someone.  Teens and 20 somethings mainly use facebook as a sort of yellow pages of the internet.
The 31-50 age range uses facebook almost daily.  Well, not all of them, but a large majority of them.  Most of us in this age range started facebook when we were college age.  We got on right in the beginning and have seen all the changes happen first hand.  FB is our go-to social media preference.  All of our friends and family are on there with us.
The 51+ is the fastest growing segment of facebook.  This generation was too busy working to pay close attention to facebook when it launched.  Now most of the people in this age range see facebook as a place to reconnect and catch up with old friends.
With age ranges from 16 to 75, facebook has a wide variety of people to sift through in order to keep them entertained.  Also, if you think about it, with damn near two billion users it has a lot of content to sift through too.  It never ends.  I wouldn’t be surprised if facebook’s servers weren’t hidden in the frozen tundra to keep cool.
All these people posting on facebook and you want your posts to be the ones to show up in their newsfeeds?  Don’t we all! Good luck with that.  If you don’t get intentional, you will never be seen.
One sad thing about facebook is that if people don’t see you, they forget about you.  How many times have you seen a post from someone you’ve been connected to that you used to engage with a lot, and you realized you’d completely forgot about them?  Guess what? They’d forgot about you too.
With so many people on facebook, it doesn’t take much to get your attention and keep it. That’s exactly what facebook’s algorithm is set to do, keep your attention.  And let me tell you, they are the best at it.  You don’t own a website worth two hundred billion dollars that doesn’t employ the best in the world at doing what it needs to do – hold your attention.
Facebook’s algorithm used to be based on three parts: Time decay, weight and affinity.  As recent as November of 2014, Facebook said their algorithm takes to account over 100,000 different aspects of each post and the people who would like to see it.
In other words; it’s really complicated.
If you haven’t been paying close attention you may not notice every little detail that facebook changes.  If you’ve been using facebook for your business and you’ve noticed less people liking your posts, there’s a reason.  You’re smart enough to figure out that if not enough people are liking it, then not enough people are seeing it.  Facebook is hiding you from your friends!
I could keep writing this for hours trying to explain it to you, but instead what I’ve done is I’ve created a training on exactly how facebook’s new algorithm works and how you can use this knowledge to your benefit.  The days of just posting random stuff on facebook and getting business and connections from it, are gone.
If you rely on facebook, organic or paid, traffic it’s time to adapt or die.  The rate at which we process information is getting quicker.  This means facebook will only get smarter and if you don’t stay up to date with how it works and the changes, you will be left behind.
← Strategic Selling With Social Reconnaissance [Video] 7 Signs That Sales Is NOT For You →