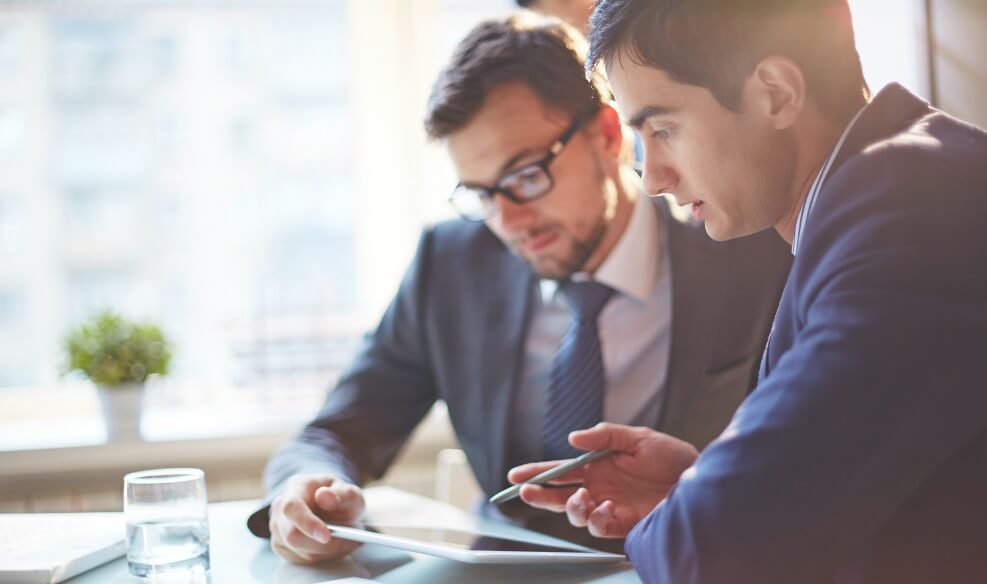 Counter offers. Pffffttt. You can have ’em. Unfortunately, they are a part of sales. Negotiating is one of the most important parts of sales, yet most salespeople have no idea how it’s done. The average salesperson turns into a laydown when he’s forced into a negotiation situation. There’s no reason for this and today after you read this post, you’ll be armed with information, which will help you to become a better negotiator.
There’s nothing like thinking you’re done with the sale and then being hit with a low-ball offer. Even if it isn’t low-ball, counter offers suck. They suck because they force you to go back to work selling again. This is the point of the sale where a weak person starts to make moves to just do whatever they can in order to simply close.

Closing does you no good if you don’t earn money.

You didn’t get into sales to give all your commissions away. The average customer doesn’t know how much you make nor do they want you to go broke. You must understand that if you’ve done your job as a decent salesperson, you’ve created a bond and trust with the prospect, that must be established BEFORE you ask for the sale.
After you ask for the sale and they hit you with a counter offer, don’t panic. This is normal. Especially in some cultures and in older generations. People who come from tight money don’t give it away freely. This doesn’t mean you can’t get paid for your time, though. I’ve had plenty of prospects give me firm, tough, low-ball offers and still end up buying from me.
There’s a science to negotiations. Most salespeople never study the process of negotiating. I have studied it from great salespeople, government officials and even terrorist negotiators. There are books and videos all over the web filled with gold about this stuff. Imagine that….
In all my years of sales, negotiation has always played a big part. I’ve always been good at holding gross. Holding gross is the process of earning the most money you can for the company you represent. Holding gross means you can hold firm on price. It’s possible to negotiate and appear as if you are not negotiating. I’ve sold mortgages, real estate, cars and coaching. These are some of the top consumer negotiated sales industries in America.
I’ve earned my stripes in negotiation. I’ve learned from the best and negotiated with some of the best. I’d like to share some moves you can use that will help you get better at countering counters.

Instill doubt. Two words that start it all off. The reason they are giving you a counter offer is because they believe there is a way for you to lessen the price. They’ve read about it on the Internet or gone through the process before. Always the same two reasons occur in each counter. Your job is to instill doubt in the information they have, which they think to be true.
You do this by asking questions. A good negotiator doesn’t make demands. Leave demands to terrorists. As the negotiator, you hear out the demands or counters and bring them back to reality. If the terms of the demands are good, both parties win and it’s off to the closing phase.

After you have asked the questions that allow you to instill doubt in their sources, direct them right back to the original deal. Look, I believe full price is a fair price or no one would pay it. It’s hard to get ripped off these days. Even when you’re dealing in cars; it’s impossible to pay sticker price. There are too many rebates, etc. on every car.

So, look at them, full of confidence and make the original offer again.

Lots of people try to meet in the middle. While that may be where you wind up, don’t jump right to it. Lazy salespeople jump right to the middle; successful negotiators do their best to hold onto the highest rate of gross commissions they can. In the car business and in the housing business, this is easy because hardly any two vehicles or homes are exactly alike.
The consumer truly has no clue what the cost of your product is, how much you make and what they should expect to pay. Ninety-nine percent of the time they are just saying some phrase their dad or uncle told them to say. Most people are too lazy to do research and they will do their best to convince you they have, but they haven’t. Just like people arguing over BS facts on Facebook posts.
It’s all a confidence game. You need to be confident of this: there is no way the consumer knows what you know. You sell your product all day every day and see all sorts of scenarios. The consumer most likely rarely buys your sh*t. Even if they do, they don’t know what you know. Don’t let their confidence fool you.

I’m not writing this so a bunch of folks can rip off people. As I’ve said earlier, I think full price is fair price or no one will pay it. I support the salesman more than I support the prospect. So, for those of you NOT in sales, don’t get on my ass. I teach people these strategies, so they can use it for good and serve their market while also earning a dollar in the process.
After you’ve instilled doubt about their information source, you must be confident in your price. The moment you let them know there is room for negotiating, is the moment they will try and badger you. It never fails.

You give an inch and a fierce negotiator will try and take a damn foot and a half.

Here’s the other thing to remember. If you sell the product well and handle all the objections up front in your presentation, the negotiation process will be almost non-existent because of the perceived value. When people buy my high-end products they don’t negotiate. For one, there are no discounts. but they also see the value in it. They don’t want to negotiate; they want to buy.
It’s your job, as a representative for the client, company or whatever it is you have for a “plug” to make them the most money possible. It’s not about your commission. It’s about the company you work for being profitable. If you know how to be profitable, you don’t have to make as many sales and you become invaluable to your plug.
The next time you get a counter or low-ball offer on your product, don’t just lay down. If you’re struggling with your negotiations check out some of Joe Navarro’s stuff like this book. It helped me when I was just getting started out. I recently bought a program on negotiation that was created in the 1950’s. It’s still full of gold all these years later.
← 7 Phrases Every Millionaire Hates to Hear THC Podcast 035: How To Generate Leads And Close Sales With Instagram →