How To Completely Remove Toxic People from Your Life 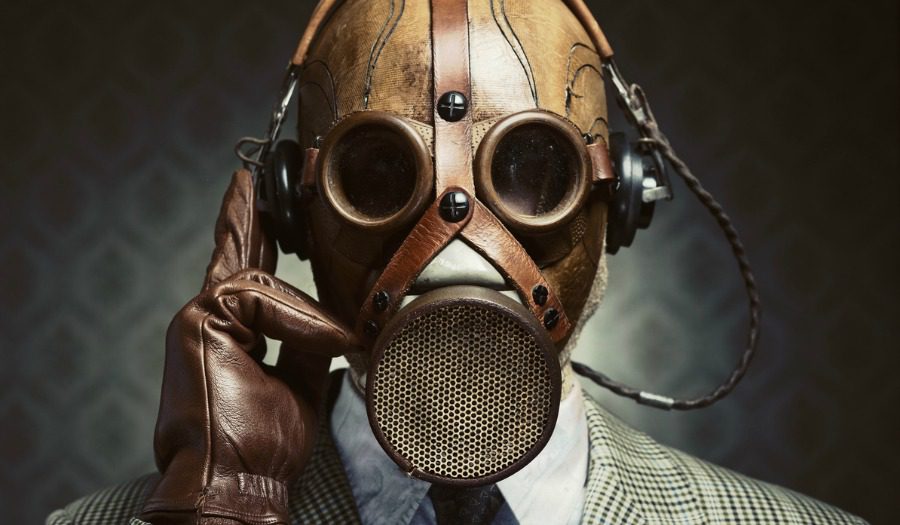 First off, before we dig into this, I want you to know something. You don’t owe anyone shit. This includes your mom, your dad, your brother or anyone else in life. If they chose to bless you with something and they want you to act a certain way in exchange, then that’s indentured servitude. You’re not a slave.

What you’re about to read may seem callous and harsh, but someone has to say it.

As humans, we grow up with attachments and a lack of boundaries. We live and die with the desire to connect and be accepted. These desires are natural but also detrimental. Most of us have been wired to fail by society. Our teachers, our parents and our “friends” from the old neighborhood wire us to fail by accident. Most of the time, they don’t mean to do this, but it still happens. When you become WOKE and you fix yourself, then try to fix them, these people often become bitter and toxic toward you.
I first learned this at the age of 24 when I got my first real job in the mortgage business. While my other friends were taking jobs making $15/hour and finishing up college, I was making multiple six figures doing honest work. My friends hated being around me. Not because I bragged. Not because I was stingy. But because I represented what they wanted but chose not to have.
Hell, I’d even take them out, pay for the booze, drugs and good times and they still talked shit about me behind my back. No matter how hard I tried, they simply hated out of pure jealousy. When I was busted for firearms, they spread rumors I had committed financial crimes. They told this rumor aka lie to make themselves feel better. It was their way of explaining how I’d cheated to get ahead instead of working hard. At the time, the shit broke my heart.
After I left prison, my heart hardened. You realize who your real family and friends are when they don’t write, visit or put money on your books.

My philosophy is if you haven’t helped me during hard times, you won’t celebrate with me in good times.

When I was released from prison, some of those same old friends came around again after I’d worked my way back up. But that time, it was different; I had proven I could be at the top twice, and they wanted a piece. The difference was I didn’t give them a chance. I simply moved on and didn’t make time for them. Fuck me once and that’s all I need.
After I lost my ability to originate loans in 2010, my family started in on me with their toxic bullshit. My mom accused me of taking money under the table and all sorts of shit. My family has been accusing me of doing shit I’ve never done since I was a kid. When they didn’t understand how I was making money from social media they assumed I was breaking the law. I cut them off like a hot rod in traffic. I had to. They left me no choice.
In 2014, when I wrote my book Hardcore Closer, my birth father and his side of the family (I’m adopted) said they would cut me off if I published it. I cut them off. After all, they didn’t pay my bills. They’d abandoned me as a kid. I didn’t owe them shit. I wasn’t going to let their pride and ego get in the way of helping millions of people who needed to hear my story.
Over the years as I’ve hired and fired employees, I’ve learned a lot, too. People act like they are your best friend when you pay them, but as soon as you fire them, they do the exact opposite of what you taught them. They lash out against you like a teenager at their parents.
In my 38 years here on this planet, I’ve learned many lessons the hard way. I’ve chosen a life that was not cushy or fun. Sure, there are a lot of highlight reels in my life, but there are also a helluva lot more rock bottoms than mountain peaks. Like most people, I come from humble beginnings, which is a polite way of saying I grew up in shit surroundings.

I wasn’t properly educated on who to hang out with.

As a matter of fact, my entire life has been spent trying to help underdogs. This is hard because some people just want to be average. The Force of Average takes lots of victims every day. Most of the time, an underdog doesn’t want to be top dog. They are more comfortable being the bottom bitch.
Here’s what happens to us at an early age. We learn to fit in with people who are like us. If you are poor, you hang out with the other kids in the poor schools and poor neighborhoods. As you get older, you realize you’re poor and that you belong with poor kids. This keeps you from crossing the lines and trying to friend the rich kids. Even when you do befriend the rich kids you feel inadequate because you can’t give as much to the relationship as they can. This is the FOA’s way of keeping you down and making you comfortable hanging with losers because you feel like you’re a loser.
When you grow up, this mentality sticks with you and makes it hard to accept you are capable of winning. You might move up the corporate ladder but the same, old poor friends and struggling family members will give you hell. They will call you a “brown nose” and stupid shit that further makes you feel weird for being successful.

YOU GOTTA CUT THOSE MOTHERFUCKERS OUT OF YOUR LIFE.

What I’m about to tell you won’t be easy to read, but it will liberate you and give you an unlimited life. The life you dreamed of is one simple step away, but it’s a big step.
You have to set boundaries. You must let people know you do not tolerate their bullshit. You must decide what you want in life and only accept that and nothing less. For example, if you only want big thinkers and successful people in your life, you must get rid of those who are not big thinkers and successful. There’s a reason Bill Gates doesn’t hang around loser friends. His friends are guys like Warren Buffett. It’s not because he’s an elitist, it’s because he’s made his mind up not to accept less.
When you watch a movie where the lead actor has a loser brother do you wonder why the lead character tolerates the loser family member? Does that loser brother bother you? Maybe you even feel good when his character dies off? Yes, of course, we all feel this way. Yet, we have loser “brothers” in our lives that we make up reasons to tolerate. I’m here to tell you, that character in the movie is no different than the characters in the life you live.
As I said in the first paragraph, you don’t owe anyone shit. The life you are living is your own and no one else’s. You need to take care of yourself first. You are only responsible for your kids. The only people you chose to bring into this world are your kids; everyone else is not your problem.

Is it crass? Yes. Is it hard to live this way? No.

When you cut out the toxic people from your life, guess what happens? Your quality of life goes through the roof. Your stress goes away; your success increases and you win at damn near everything you do. Imagine a life with no one telling you that you can’t do something. Imagine a life where everyone in your circle encourages you. That’s the life you want and we both know it’s the life you deserve.
When you set standards and boundaries, you become limitless. You become empowered and your life is unstoppable. I cried when I cut my family off, but I can tell you my life is 1000X better without them. As I have become more successful they have attempted to come back. I won’t let them even though I forgive them because I know I’m way better off without them than I ever was with them. With every employee I have fired and every friend I have let go, my life has improved.

Here’s the process. Make a list of everyone close to you. Next to their name, write either a “+” or a “-.” If they are bringing value to your life and helping you, give them a “+.” If they are draining you and negative, give them a “-.” Then, as hard as it might be, cut those people off. If they aren’t helping you; they are hurting you. It really is that black and white.
You don’t have to hate them. You don’t have to be mean to them. You just simply have to move on. I’m not mad at my family. I don’t hate them, I’m simply not attached to them. It’s a mindset that I adopted. Time fixes everything and you’ll see in time that you made the right decisions.
After all that, I want you to know that I support you. I want to be the guy who brings positive vibes your way and encourages you. Give me 30 days of your life, first thing in the morning, and I will change your life. I will rewire your brain for success. For the next 30 days, before your feet hit the floor, listen to my Get Your Mind Right Podcast. In 30 days you’ll be a new person. Just 5 minutes a day for 30 days, that’s all I’m asking. Start with episode #1 here: www.hardcorecloser.com/category/get-your-mind-right/
← ReWire 037: NEVER Be Ashamed Of Your Success The Hardcore Closer Mentality (Why We Close More Sales ) [Video] →