How To Easily Earn 6 Figures Annually in Sales 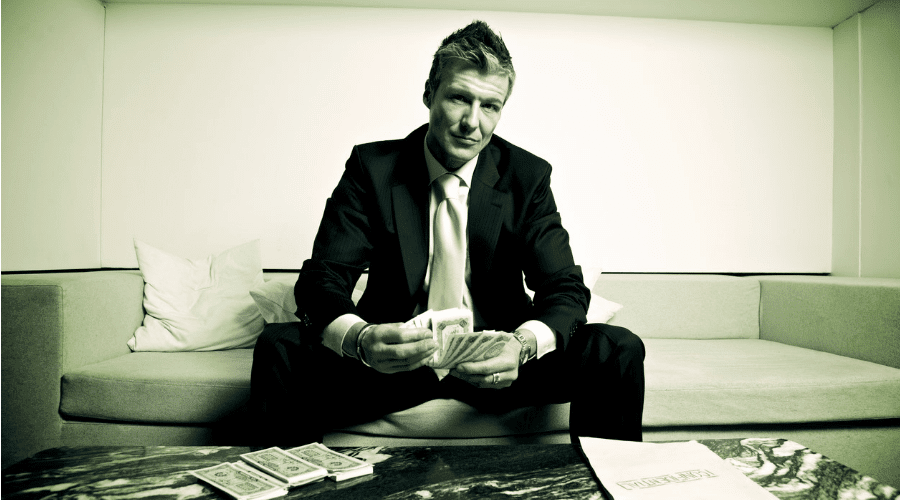 Saying you earn six figures in sales isn’t that big of a deal anymore. Matter of fact, saying you earn six figures at anything these days simply means you’re average. Now look, I get that making $100K in a year is a big deal. It was to me, when I had my first $100K year at the age of 24. I was 24, 14 years ago, though. A lot has changed since then.

A quick Google search will reveal that 20 percent of Americans earn over $100K/year. This is your 80/20 rule in full display.

However, a lot of people tap out at $100K. Instead of pushing through to the next level, they get comfortable with their vacations to Cabo and Lexus lease payments and they just sort of stay there.
Another quick Google search reveals that only five percent of Americans earn over $250K/year. That means there’s another 80/20 rule in full effect here. Only 20 percent of the six-figure-per-year earners make multiple six figures per year or more. The folks who earn $250K or more annually are the ones who kept pushing when others got comfortable.

This is the 20 percent club that you want to be a part of.

If you go back to Google one more time, you’ll find that only one percent of Americans earn more than $1M per year. This is another 20 percent of the people who make over $250K/year that go on to earn seven figures annually. Which, honestly, until I started writing this article, I had no idea just how true the 80/20 rule really was.
In order to make six figures in sales on an annual basis, you need to outwork 80 percent of the people in the workforce. This doesn’t mean you have to put in extra hours or work physically harder either. It simply means you must do more than the 80 percent are able. Moreover, I think it’s important that I point out, we are talking consistently earning six figures annually. Anyone can do pretty much anything once. In this article, I’m speaking of consistency.
Let’s do some common sense thinking here. If earning $100,000 per year means $274 per day, 365 days per year—and most people won’t work every single day of the year, so let’s take out 52 weekends which is 104 days. That leaves us with the need to earn $383 per day, Monday through Friday. FYI, on a side note, if you want to make $1,000,000 all you gotta do is $3,830 per day in sales.
We have a baseline of how much we need to earn daily, now let’s work backward with some math.
When you’re in a business like real estate or mortgages, you tend to close deals that pay a lot more than $383 but you are not closing sales daily in most cases. So, if you close one sale per week, you need to make sure it is at least $1,915 in commissions or you’re off target to hit your $100K goal.
For the rest of you, who close deals every day, like those who work in insurance and car sales, you need to make sure you’re on track to hit numbers daily. The good news is you might have only Sunday off so your daily average can go down, but I’d prefer you keep the number the same to put pressure on yourself.
If you’re already making six figures annually and you’re looking to double or triple that six-figure income so you can hit the next 20 percent level, I’d suggest you take my math and scale accordingly.

Without clear and present goals on your mind, you will never reach personal satisfaction.
Also, you need to ask yourself the following question: “What value do I add to the marketplace that is worthy of paying me $100,000 each year?”
If you can’t clearly answer this question, you will have a hard time crossing out your goal. You see, most people don’t get it, but money is the direct reflection of the value you bring to the marketplace. If you don’t think you’re worth $100K neither will your prospects, clients or managers.
You need to be clear on the massive amount of value you bring to the marketplace that puts you in the top 20 percent not the lower 80 percent of income earners in the country. Once you are clear on your value, your next move is to simply bring it! Prospects know when you know your worth and they want to pay you accordingly. It’s the insecure guy who always gets’s f*cked over on deals.

Let’s say you sell cars and earn $200/sale minimum. You need to set your sights on closing two car deals every single day you work. If you only sold one yesterday, you’d better sell three today. The game never ends, but there’s no rest for the top 20 percent. Rest, sleep and daydreams are for the bottom 80 percent.
If you’re looking for a way to quickly scale your sales business to six figures per year, I suggest you check out my newest training on this lucrative sales business that’s a dream come true for modern salespeople who get social media. It’s called “Funnel Closers” and you can sign up for the free training at www.hcwebinar.com/funnel-closer
← Here's a Daily Workout Routine for Sales Pros on the Road…Ensure YOU Remain at Your Highest Capacity To Produce 3 Go-To Power Questions That Lead To Closed Sales [Video] →