Setbacks Are Not Stopping Points [Video] 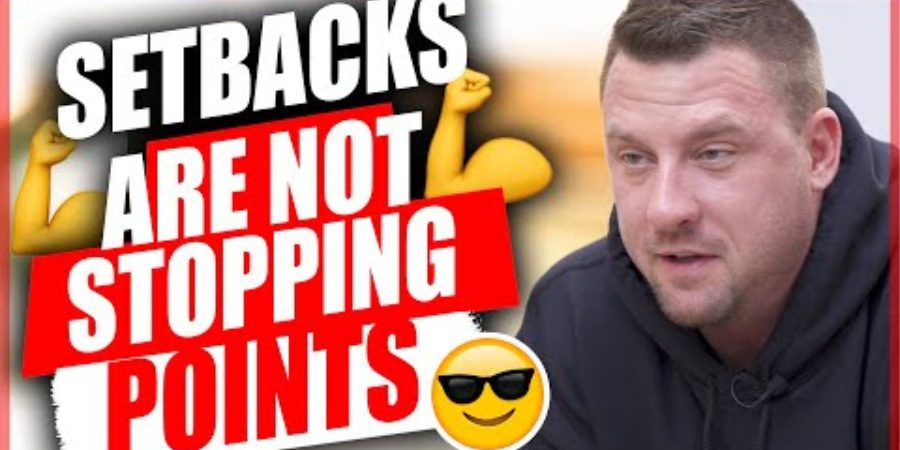 Here’s the deal, we’re all gonna face hardships. It’s just a way of life. But some of y’all are out here acting like small setbacks are permanent stopping points. Obstacles are just that, obstacles. They are items in the way of your destination that are designed to be navigated around.

Yet so many people act like victims from shit that happened a decade ago.

In 2013- 2015 when I sold coaching to loan officers, many of the MLOs who were struggling in their business, used the excuse of “Things ain’t been the same since the crash.” Bitch! The crash was in 2009, it was 4-6 years later. Still, most of these good folks were married to an idea that somehow a crash changed their entire financial situation.

Meanwhile, when I was doing loans during the crash, I thrived doing 30+ transactions per month. I didn’t look at the market crash as a stopping point. I saw it as an obstacle I could find a way around. And I did!

In this video, I tell the story about my friend Andy Frisella. He’s the CEO of a multi-nine-figure per year company in the health space called “1st Phorm” He faced setback after setback in his career for almost 10 years, and never got a break. He never stopped, though. He kept going. Now, he’s sure glad he did. Dude literally lives on land that was owned by an ex-United States President.

Watch this video, rewire your thinking and remember; setbacks are not stopping points.

← Why Showing Up Puts You Ahead Of The Game ReWire 457: Stop Wasting So Much →