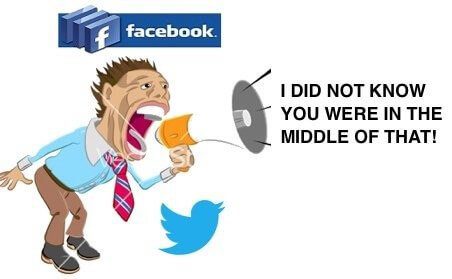 Sometimes being overly friendly can come back to bite you in the ass. In person as well as on social media. When I’m out in public, I’m no different from I am on facebook. I talk to people in line at stores, shoot the shit with random strangers and pretty much talk to anybody. To a point that people even tease me about it.

I can’t help the fact that I have no fear and have never me a stranger (except when I was 6, one time at Wal-Mart but that guy quickly returned me to my parents and said “my bad, good luck with this” whatever that meant) and I like to talk to people. It’s kind of my thing. After all, I am a salesman and I do believe “the more hands you shake, the more money you make”.

I’m the same way on facebook. When I see something I like or even don’t like, I will comment and put my $.02 in. I’m no troll, so most of the time I’m putting in positive input or reinforcing what the poster said. All in all I’m social on social media, just like I am in real life. 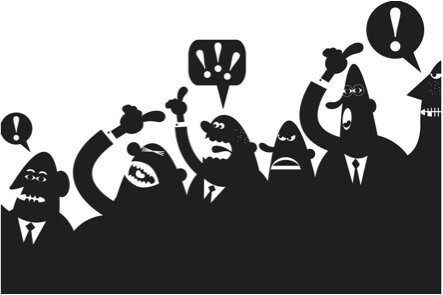 Sometimes that can get me in trouble. Like walking up to random strangers and not realizing they are going through a tough time and getting verbally vomited on without warning. Yea, it happens at least once a week to me, but you win some you lose some. You can’t hit if you don’t swing right? I’ve developed a really thick skin and a few “closes” that allow me to escape certain situations but I don’t always come out smelling like a rose…

I’m not a controversial person by nature and I’m extremely easy going despite the nickname “Hardcore” that has to do with my work ethic not my personality. I’m intense but not controversial. I don’t like to argue or fight, plain and simple.   I’m not always successful at avoiding bullshit. Hell, who am I kidding? Most of the time I bring it on myself! I get caught in the middle of dumbsh!t all the time. With people you know, it can be quite entertaining but with strangers or “new friends” there can be accidental traps I step in to occasionally.

I made a rant this week just for this instance. Tune in, laugh at my goofy ass expressions and think before you comment!

I didn’t know you were in the middle of that