Get Motivated | Mindset | Selling and Closes

How To Leave Your Current Sales Job Without Losing Your Commissions 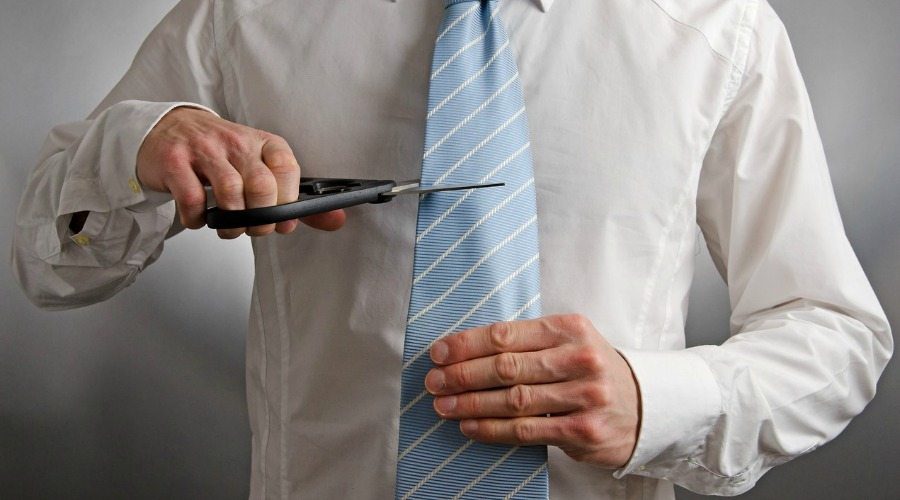 It sucks! As if leaving a job for a new job wasn’t hard enough.

Now, on top of going through the transition period, you also have to fight for money that you worked for and that is rightfully owed to you. It’s not only uncool, it’s a major hassle that none of us ever enjoy or want to go through again.
One of my loan officer clients asked his broker for a better comp plan and the broker refused to entertain the notion. Meanwhile, my LO client is a badass so there’s no shortage of brokers who want him to come to work for them. When he found the right broker who would pay him what he is worth, he took the job. Meanwhile, his current employer owed him over $50,000 in commissions. Some of this was to go to his team as well. The current broker refused to pay and ended up keeping his money.
Sure, my client is fighting for his cash, but once you start paying attorneys, you can see that $50,000 start dwindling down rapidly.

Leaving an employer can be like breaking up with someone.

Some breakups go easy. Other breakups go really badly. In the commissioned sales world, especially if you’re a good salesman, most breakups tend to get pretty bad.
My goal in writing this is to share with you a cool, amicable way you can split from your current employer and not lose all the money you had coming to you for the hard work you have done. Starting at a new sales job is hard, starting at a new sales job broke AF is even harder.
Before I get into it, I also want to remind you of another pitfall of switching your employer. If you take your book of business with you, you could find yourself in a shitstorm, too. Most employer’s contracts specify the data and clients you bring to them are theirs and not yours. So, if you plan on just taking your pipeline and database, be careful because that can come back to bite you in the ass.

Most non-compete agreements are as useless as trying to circumcise a mosquito.

But hiring an attorney to fight them can be financially draining.

Another client, spent $200,000 in legal fees to prove he could keep a pipeline worth about $70,000. Don’t get caught up in a battle of egos with an egomaniac.
Here’s what happens to most salespeople. They take a new job and then put in their two-weeks notice, in order to be respectful. The employer will usually let them go immediately and then they have no chance to move their pipeline, call customers or any of that.

You may think your manager is cool, but when you stop making them money, most get uncool real quick!

Other salespeople might work it like this: they have a job lined up and then walk into the boss’s office, knowing they would be let go immediately. So, they resign effective immediately. This is one of the fastest ways to piss off a boss. If you blindside them with: “I’m leaving you,” they just might flip out.
You gotta remember, the corporations we sell for usually have a lot more money than we do. This means they can afford to throw money away in order to make your life miserable. I’ve seen it happen more times than I care to count. The last thing you want is your old employer distracting you from moving forward with your new employer.

If you’re gonna move, you can’t move on a whim. You must be methodical and plan ahead.

Despite pressure from the new job, you must do things right and in accordance to what’s best for your pocketbook, not what’s best for the companies you make money for.
First off, before we go any further, I want to tell you that I’m a CEO now. If someone did to me, what I’m about to tell you to do, I’d be upset. Not livid, but upset. Yet when I was a salesman, I did shit like what I’m about to share with you all the time. I may be a CEO now, but I’ll always be on team salespeople.
I also want you to know and be clear that I am NOT an attorney, I have no clue if this shit is legal, illegal or binding in court. I’m just telling you what I do and how I have done it in the past, not advising you to do it. Keep in mind I’m an ex-con.
Let’s say you tell your new employer to give you two weeks before you start. Once you do that, keep everything quiet until you arrive there, and do not tell your current employer where you are relocating.
In the meantime, don’t give your current employer two-weeks notice either. Instead, make contact with someone at the new job who you can funnel your leads and deals to. Go ahead and start sending your shit to the new place. Keep finishing out what you can get done before you leave your current employer.

Don’t throw red flags up, but start moving things to the new place.

Make sure you take all the data you have as well. If you have a spreadsheet or CRM with thousands of contacts, you’re gonna need that at the new place, too. Make sure you not only funnel new deals to the new employer, but you also get access to your leads and info. The first thing employers do is shut off access to your pipeline. Beat them by getting ahead of the game. Now, if you work for an inbound lead place, don’t steal data. Only take information that you worked for and created. Don’t be a thief.
You should be able to establish a person to send deals to, get access to your data and start the hard transition in the first five days of what would be your 2-week notice. After you have done all the legwork, you can put in a one-week notice with your employer. Expect them to let you go on the spot. You’ll be prepared and not shocked.

When you go in to give them your notice, be real with them, professional and polite. The nicer and more polite you are, the better. Offer to still connect, send referrals, work with them, etc. Offer to go above and beyond to help them. Expect them to take your commissions and act like turds, but either way, you win.
Even if they cut you off immediately, you already have your stuff packed so you’re good. You’re not surprised, but aware and prepared. Most salespeople have irrational exuberance when it comes to the money an ex-employer is gonna pay them. I’m here to tell you, I’ve had to sue two companies for not paying me. Both ended up being more of a pain in the ass than they were worth.
Leaving one sales job for another is never easy. It takes a while to learn the new system, the new processes and products. Stacking a beef with your ex-employer on top of that only makes matters worse. If you’re looking for a side hustle that can be a full-time hustle without a boss or a transition, check out this webinar I made on an in-demand product my clients are making a killing selling: www.funnelcloser.com
← THC Podcast 084: 5 Ways To Turn Your Weaknesses Into Strengths  How To Easily Handle ALL Sales Objections in 3 Simple Steps [Video] →