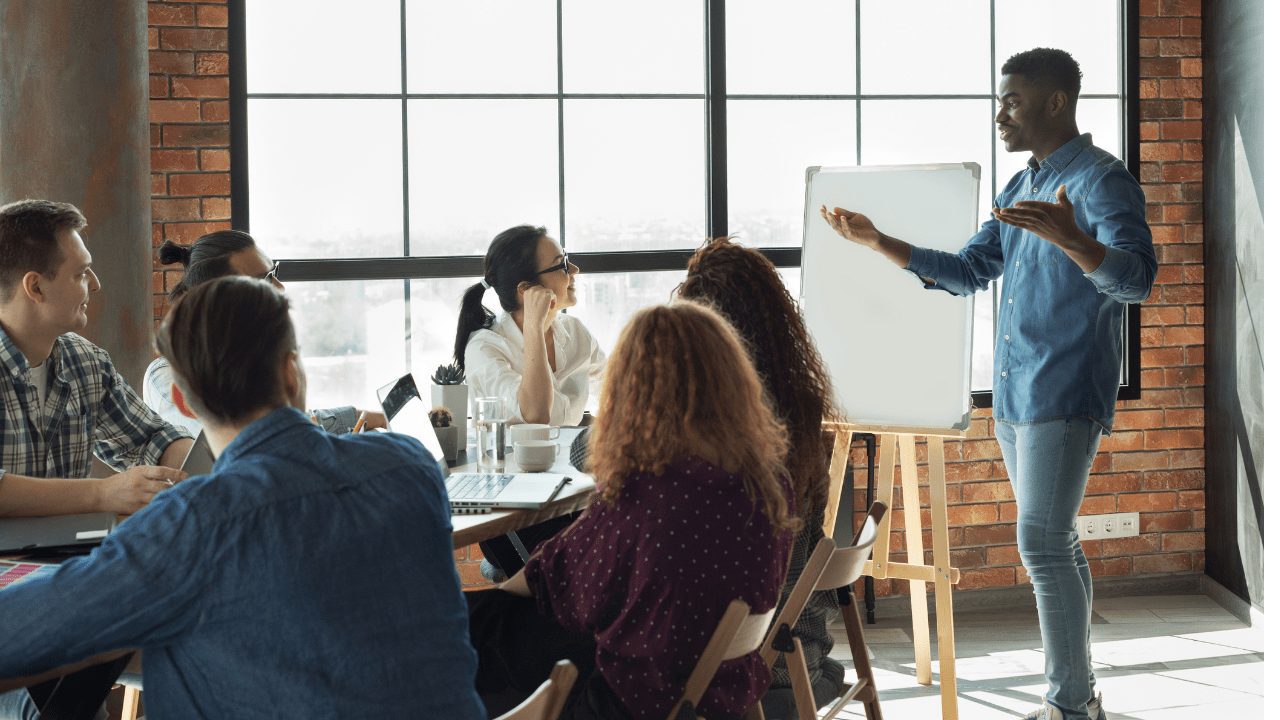 Over the last 20 years, I’ve learned A LOT about how I was failing my teams, as well as working with leaders who FAIL miserably and continue to because they’ve finally found the golden ticket and will keep it at all costs.

Here are three things I have learned to identify leaders who won’t inspire their teams to succeed for the long haul:

1.) Poor leaders talk a lot more than they listen:

One of our core values inside our company is “Information.” It became one of the foundational principles because we identified that interpersonal communication is vital in resolving internal and external issues before becoming a fire that’s difficult to put out.
I once hired a manager whose job it was to communicate with our sales staff.
He was able to tell me story after story of how he told our sales staff what they needed to do and how they needed to respond to our clients.

You could have heard a pin drop when I asked him, “and how did they feel about what you said?”
He had no idea how they received his information. He never asked them anything. Therefore there was no way for him to know if he had “buy-in” or had created an effective solution.

As the leader, I truly believe that we have two ears and one mouth for a reason. It’s more important to understand than to be understood if we’re to provide effective solutions. The idea is to transfer leadership skills to the front lines, and teaching our staff how to listen and hear what’s often not said, can we navigate the uncharted waters of real client and staff satisfaction.

Real leaders can be vulnerable. They see how all of us can easily justify holding those who work for us to a standard they’d never keep themselves.
Immature leaders will often show their lack of integrity by making them aware that they are in charge.
Subtle threats, raising their voice, unrealistic deadlines, and a general focus on their own need to have their ego stroked are all red flags that an immature leader is present. Naïve leaders seem to think that their employees are here to serve them instead of the reverse.
This makes them seem like a tyrant, not a leader. Creative solutions get lost due to the need to please or not get bashed for inevitable mistakes.

Great leaders understand there is no reason to lead if there is no one to lead. As a cumulative effect from the 2 points above, when a “leader” won’t operate in integrity or actively listen to their team, they begin to use the word “I” a lot.

Instead of “we” are working on it, or we have identified the issues, they will overuse the word “I” when telling their version of a story. Somehow, by not accepting that the leader’s speed ultimately determines the group’s pace, poor leaders will throw anyone under the bus to displace responsibility.
They will also claim victory as their own. Although this is subtle, it becomes easier to spot when you take a weekly or monthly snapshot of this leader’s communication patterns.

Instead of being patient and allowing their subordinate’s work to speak about their leadership skills, immature leaders must make it known that they are the ones doing the REAL work. They’ll invest more time telling their version of a situation rather than those they lead.

A real leader understands that the collective victory constitutes each individual’s structured success.

That a rising tide raises all ships, including their own, and they don’t need to boast because the team’s success speaks volumes about their leadership.

Immature leaders who don’t understand that their role is to guide their team down the path seem very determined not to allow others to shine because they compete with their subordinates instead of elevating them to leadership positions.

← Why You Must Become The Expert If You Want To Crush It In Sales ReWire 729: Get Woke Go Broke →