The Lost Art of Selling with Integrity 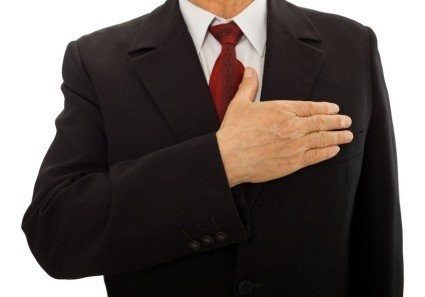 Men lie, women lie, but numbers don’t. These days us salesmen have gained a bad rap from the liars in the industry. And unfortunately the industry is full of liars. Motherfuckers will say anything to make a check.

Because motherfuckers will say anything for a check, prospects are more guarded than ever. They know shady marketers are out there, lurking, waiting, just to take their hard earned cash. No one likes to be taken.

There’s a bright side to this, if you will allow me to elaborate, I’ll show you how true, good, honest, salesmen like you and I can use this to our advantage. Warren Buffett once said “be fearful when others are greedy and greedy when others are fearful” While this may pertain to the stock market in his context, I’m just going to take it as do the opposite of the masses.

So, if the rest of the sales world is tied up trying to tell lies to get paid, imagine how refreshing you can be if you step in and close with ONLY the 100% truth.

See, when others are using shady, useless, mental hacks, you can use truth, service and integrity to stand out and ultimately save your clients from the shady sales sharks of the world. You get to use these villainous assholes as leverage to become a hero.   In a world of deceit and lies, how can you use integrity and truth to cut through the BS and gain the trust and business of your prospects? It’s not easy and you have to commit, but it is possible and is hands down, the best way to approach sales in this day and age.

Let me break it down into three steps that will allow you to stand out among the snakes, and victoriously save your clients from the wrath of bullshit products and services.

First, you need to get in agreement with yourself that you won’t lie for a sale. In 2008 I hired a 63 year old dude as my assistant. On day one, the very first thing he said to me was “I’ll do anything you want me to do, but I won’t lie. Other than that, I’m down for whatever.”

Just him being mentally strong enough to have that conversation with me gave me respect for him. It also opened my eyes to a world where we could speak only the 100% truth and still dominate. Matter of fact, we dominated even more than before.

Bob probably doesn’t even know how much that one little conversation shaped my entire sales career. If you’re reading this; “Get back to work you old fuck”

Second, you have to be willing to say hard shit to har
d heads. The only reason lies exist, is to avoid the hard parts of the truth. If the truth was easy, we wouldn’t need lies. Most of the time it’s easier to fabricate a lie, than live the truth.

The sad part about our current society is that most would rather hear a lie and deny it, than hear the truth and accept it. Knowing this, how can you use the truth to win? There’s only one way, commit.

You have to be willing to step up, have the balls, and say what needs to be said in the face of prospect adversity. They will not only buy from you because of it, they will fucking respect you too.

Third, you have to instill doubt in your lying ass competitors. If you know the competition is full of shit, call them out on it. You don’t have to be a dick about it, but if they are full of shit it’s like I said in the first line “men lie, women lie, numbers don’t”

Show your prospects how you can actually bring benefit to them and the competition will actually take benefits from them. Talk about real, personal experiences and always, always use numbers to prove your point.

Show them the truth and they can’t deny it.   In my years as a loan officer, I fought Lending Tree, Lower My Bills and all the other sites that allow liars to give ridiculously low rate quotes to bait and switch. I always won. I always used numbers to tell the truth and I would stop at nothing to get those numbers. You should do the same.

You don’t have to lie to close deals. Matter of fact, your life will be better if you don’t. If you want to learn how you can attract only those who seek the truth and your services along side it, fill out the form below and I’ll show you the way, the truth, the light.

← The Cocaine Like Rush of Closing A Sale Bondage, Whips, Social Media Psychopaths and How To Sell Your Shit →