Most Salespeople Blow Sales Because of These 2 Reasons [Video] 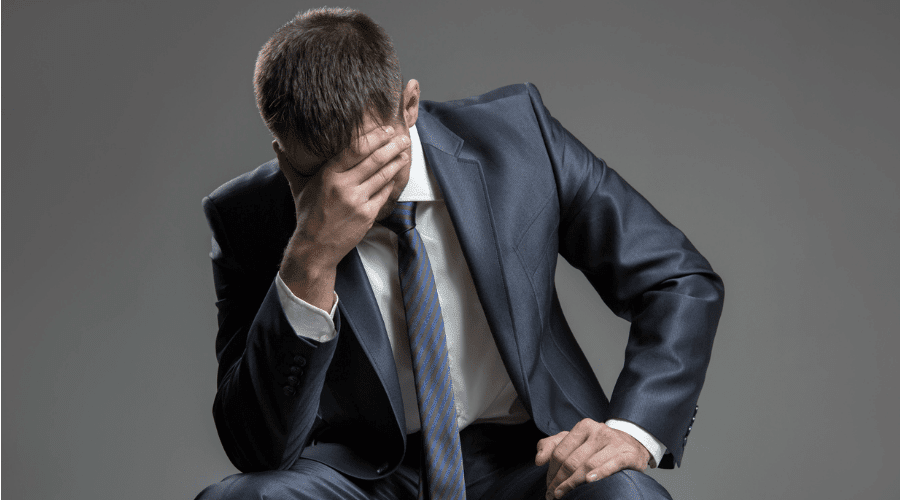 No one, and I repeat, no one likes losing a sale. We work so hard to find a lead, get the lead on the phone, follow up with the lead and work the deal until it finally closes. When you lose a prospect in the process it’s damn painful. With every lost sale comes a lesson. Over the years, I’ve lost my fair share of sales and learned my fair share of lessons.

Most of those lost sales stemmed from only two reasons.

I’m always looking for common occurrences and patterns that keep popping up. I’ve noticed these two problems keep countless talented salespeople from reaching their true earning potential.
I’ve finally put my finger on the two things that are the most destructive actions a salesperson can take causing sales to be lost. After being on over 10,000 sales calls, closing over 5,000 sales per year and training thousands of salespeople, I’ve broken down the two main reasons for blown sales.
Now I’ll warn you. Before you read the answers and immediately discredit them due to their simplicity, I’m here to tell you I’m sharing this information from decades of hardcore sales experience. These two reasons are really simple, though and most smart people, like you, tend to discredit simplicity. Remember, you may be smart, but the majority of the marketplace has average intelligence and almost no intelligence about what you sell.
First off, many salespeople blow sales and future referrals over lack of follow up. To most people in sales, follow up is boring, tedious and they flat out refuse to do it.  With how distracted our prospects are these days, follow up is the key to closing sales. The problem is, most salespeople don’t work the sale properly and they are either afraid or embarrassed to follow up.

The average prospect needs to be followed up with 18 times. That means you need to go into the sales conversation expecting not to close and expecting to have to follow up. Set yourself up for follow up. Be surprised when the prospect does one-call-close, and don’t expect it to happen often. The key is to keep pushing the prospect closer to the finish line with each follow up.
Second, most salespeople talk too damn much. Have you ever heard or watched a salesperson talk themselves into and right back out of a sale in a single conversation? It’s like watching a train wreck. You wanna try and help but you’ll only end up getting run over so you just stand by and do nothing. We’ve all been there. Hell, we’ve all been the sales guy talking too much.

When you get into sales, people tell you that you need to be a fast talker.

A smooth vocalist. A master linguist. Thing is, the best salespeople are the best listeners. No one gives a rat’s ass about a salesperson. They are not there to hear you talk. They are there to get their questions answered and make a decision. The fewer words you throw between them and that decision, the easier it is for them to make a decision.
I’ve always said that you can take any sales conversation and record it. If the prospect talked the most, they bought the product. If the salesman said the most words, they blew the sale. Most of the time this is spot on.
The key is to let the customer talk. Let them talk themselves right into buying from you. Even if you don’t have much product knowledge. If you don’t talk much, no one will know. It’s better to be silent and have them think you’re a fool than to open your mouth too much and remove all doubt.
It really doesn’t take much to make six figures in sales. Whether selling cars, houses or securities, six figures in sales is a totally achievable goal. Truth be told, with hard work, so is seven figures. All you have to do is arm yourself with information and let the prospect do the majority of the communicating. There are an awful lot of salespeople who ignore these two issues and suffer the perils of living as a mid or low-level producer.
You most likely got into sales to drive nice cars, live in a nice home and provide an exceptional life for your family. I know that’s why I did. If you really want those things you’re gonna have to go above and beyond what the normal person is willing to do for a sale. The normal person will halfway learn and give up after the first objection. You need to become the expert and ask powerful closing questions.
For more info on sales training and joining one of the top masterminds on the planet join our billion-dollar network by going to www.breakfreeacademy.com/entourage
← This Emerging Industry Is Going To Turn a Lot of Salespeople into Millionaires Should You Leave Your Job in Sales for a Promotion in Management? →