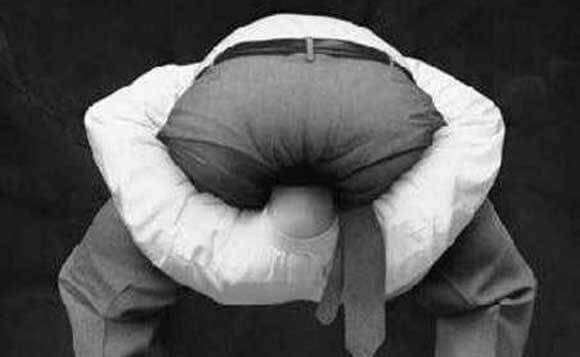 These days it’s as if most people just walk around with their head up their a$$. Seems as if all the hemorrhoids in the world couldn’t force their head back on their shoulders. From people driving in traffic, to people texting and walking. Head up a$$ syndrome is running rampant.

Not having your head inserted directly into your rectum is good for your health. People tend to like and follow people who are not confused and know what they are doing. On the other hand, dumb motherfu*kers get laughed at and run over. Getting run over is bad for your health.   Plus, for all of us that DON’T have our heads up our a$$es, it’s really easy to take advantage of those that do.

I know it sounds like we are ripping people off but if they are going to rip their a$$ and stick their heads up it, we reserve the right to get over on them a bit. It’s a nice edge to have.   We live in a land full of snakes and a sea full of sharks. Everywhere you go some mean ol’ advertiser is trying to make a dollar off of your ignorance. The more ignorant you are, the more you pay for wisdom.

The problem with having your head up your a$$ is that you don’t know you’re ignorant. And that just burdens the sh!t out of all of us.   Humans are exhausting, and humans with their head up a$$es exhaust you beyond all recovery. You don’t have to stay in this perpetual state of anal cranial submersion. You can shake it off and act with a purpose but it takes effort.   I think a lot of people’s reason for this rectal insertion is lack of effort. It takes effort to make decisions and take action on those decisions. Everyone chooses to remain ignorant.

It’s 2014 if you don’t know something, the internet will teach it to you and for free in most cases. Ignorance is a disease like cancer eating away at those who suffer from it.

Here’s how to pull your head out if it’s stuck in there:

Step One: Wake up with a purpose. When you rise in the morning have your day mapped out. It’s really quite simple. Each evening pull your head out of your a$$ long enough to look just 24 hours in the future to see what you’ve got going on. This will help you avoid being late to meetings and making it apparent to those around you the depth of your shoulders crammed up your a$$.

Step Two: Do some research. You don’t have to show up everywhere you go lost these days. It’s 2014 and pretty much everything you can think of, even if it’s brand new, is mapped out on the internet. You can have ALL of your questions answered ahead of time so you seem competent when you arrive there. This also saves those around you time as well. They will thank you for not having your head in your ass with little gestures like holding your door open. Like a boss…

Step Three: If you don’t know ask. Nothing is worse than an ignorant know it all. Those fu*kers deserve their head smashed in. They are truly a burden to society. Don’t be one of those guys. If you don’t know something ask a person, phone or google. It will give you the right answer so you don’t fu*k something up for everybody else.

Step Four: Pay fu*king attention damnit! I swear, every time I see someone cut over in traffic last minute across four lanes to their exit, I want to run them over AFTER slapping the shit out of them. I’m baffled at the amount of people who don’t pay attention. We have gps literally everywhere. Looking both ways before crossing the street is a good idea too. Not to mention just overall being aware of what goes on around you is good for your health. [email protected]

I can’t do everything for you and if you are shoulder deep in your own intestines I can’t pull you out in four steps. You’re gonna need to find help. Good luck with that. For the rest of you laughing your a$$ off at this, I know you enjoyed it. Allow me to rant with my colorful language for you. Share my sh!t for me. I got ya dawg…

← Sex, Lies and the TRUTH About Sales Just Make a Friggin Video About It → 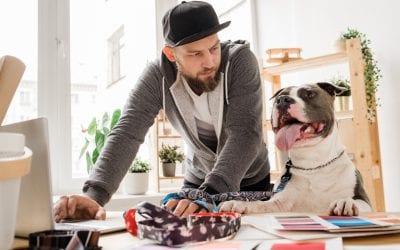 When most people think about starting a business, they think they need things like a MBA, a banker, an attorney and... 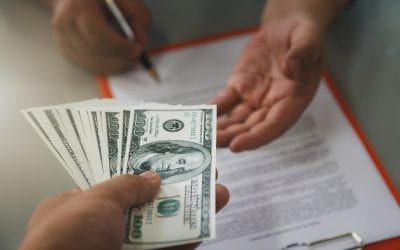 You Get Paid To Close Not To Sell

Selling is telling. If you're selling you're not closing. Sadly, most folks in our industry don't know the difference....