No Is A Complete Sentence 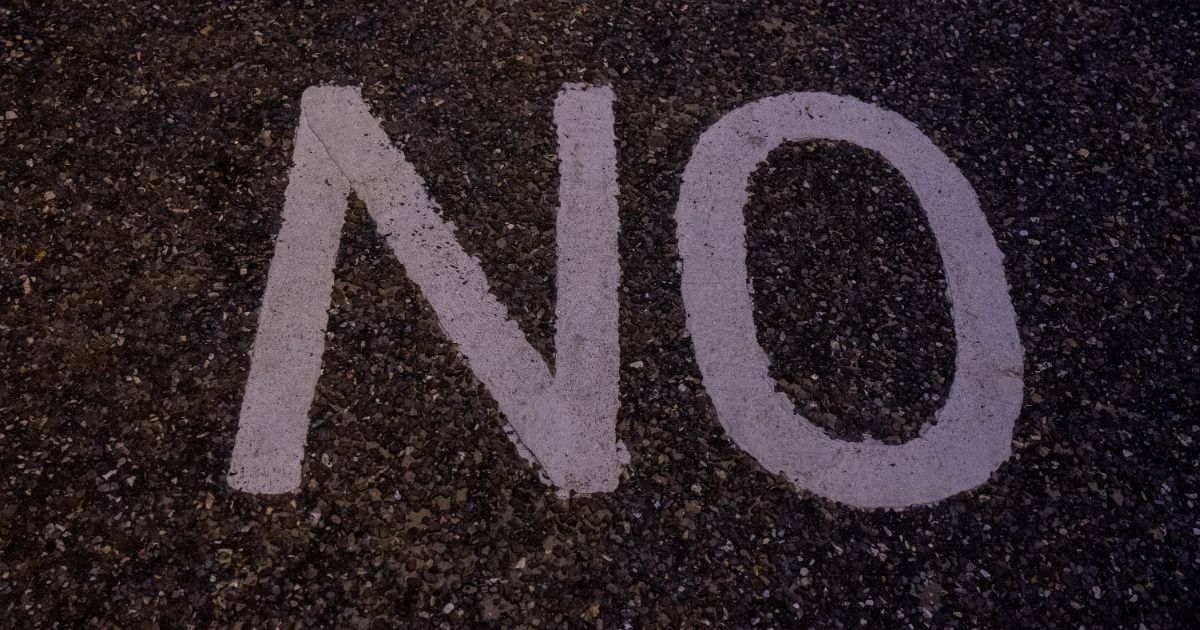 Over the years, and after a metric shit-ton of personal development, I began to identify a pattern.

It’s a pattern I see in many salespeople and entrepreneurs as well. It’s so subtle that most people dismiss it under the guise of being “nice” or “reasonable.”

It’s one of the most disempowering habits that lead to failed dreams, playing small, and living a life of frustration.

It diverts a would-be champion into a lame duck and neutralizes any chance of living a truly unique life filled with purpose.

I was sitting at the dinner table with my daughter last week, and she was conflicted about going to visit her grandmother for the weekend.

She’s about 2 weeks away from her freshman year at college and is sensing the transition point of full adulthood coming at her like a freight train.

No Is A Complete Sentence

As I sat and listened to her tell her Mom that she didn’t really want to go, I began to get lost in all the emotions of EVERYONE else she was trying to untangle.

As I sat there listening to my daughter go through all her feelings, it became apparent that she really didn’t want to visit her grandmother.

She eventually came up with the idea that she could tell her a little white lie and excuse herself from the visit.

Until then, I chose to just observe, but now was the time to speak up:

It made me think of growing up and all the years in business where I did the same thing. I spent more time worrying about whether I was offending, upsetting, or disturbing others than I did about my own well-being.

It leads to often taking business deals and even friendships that weren’t really in my favor.

Usually, I would find myself on the short end of the relationship or not making enough money for the time I’d invested in jobs.

Like my daughter, I’d eventually choose to follow the path of least resistance and lie or fold and do things that weren’t in my best interest.

You know, investing mental energy into people who aren’t nearly as worried about a balanced relationship says a lot more about you than it does anyone else.

If you take the time to follow that rabbit down the hole, you might come to find that you don’t have as much respect for yourself as you could.

How can we expect others to respect us at a higher level than we do ourselves?

How can we expect to attract any relationship worthy of our ideals when we don’t truly live by those ideals?

The problem for most of us is that we judge others by their actions and ourselves by our intentions.

We resort to lying to others because we first lied to ourselves. It reminds me of when I had poison ivy all over my arms when I was 9, and I was at a sleepover.

I told my buddy it itched, and he said, “don’t scratch it…just rub it.” Sounded like good advice at the time, so I did…all damn night.

My arm looked like a cooked hotdog the next morning, and looking back now, I took his advice because I wanted to scratch it one way or another.

I chose to believe the lie because it served my real intention.

See, the truth is you ARE getting everything in life you want right now. Hard as it may be to swallow, your thoughts create your actions, and those lead you to your results.

Learning to live in your truth comes with a cost, but it’s cheaper than what you pay to believe your own lies.

Seriously, take the time to see how often people around you begin to negotiate their integrity away, and you’ll start to see the pattern too.

Just remember, “no” is a complete sentence, and although it may be uncomfortable at first, you’ll begin to see who really respects you for you.

See ya’ in the trenches.