It’s Not the Market It’s the Man 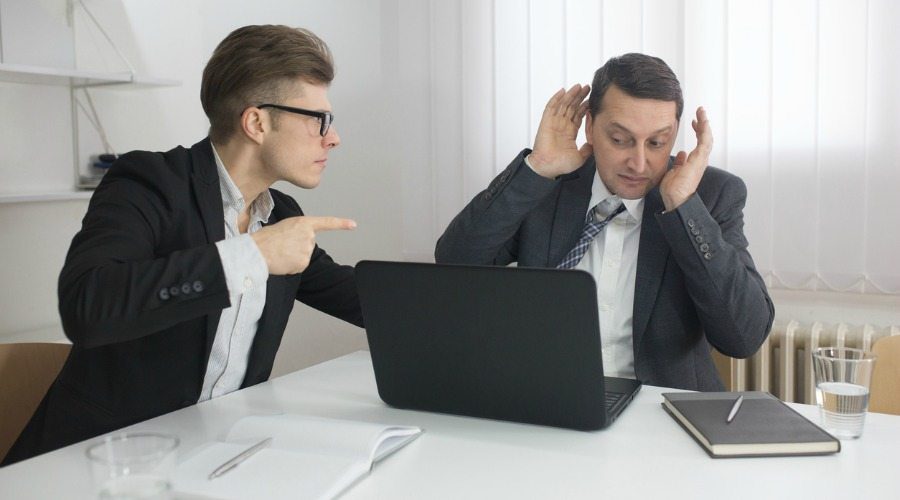 Salespeople will blame anyone but themselves. They say things like “the leads are weak,” and “my market is tough,” to take personal responsibility away from themselves and place it elsewhere. In my personal experience, you can’t get anywhere in life until you accept personal responsibility for your wins and losses.
Last month, I had a client who had committed to one of our programs for a year, beg to get out in less than six months. He had a slew of excuses as to why our program didn’t work for him. He blamed his market. He blamed everything on something other than where the blame needed to be placed: on him.
This guy had family to support him. He had grown up in the market he lives in, and he had a team to help him with his business. Yet he came to me and said it wasn’t working. What he should have said is that HE isn’t working. In the same marketplace, in the same industry, and with the same marketing system another one of my clients who has zero family support, limited support staff and follows instructions to a T has more than doubled her multiple six-figure income, while he dropped out because it didn’t work.

This instance made me realize it’s not the marketplace, it’s the man.

I hear salespeople complain about their industry and marketplace all the time. They say their market is small, oversaturated, and anything else they can use as an excuse to place blame on anything but themselves. These are ALWAYS the same people who are failing to hit goals, failing to create wins and they refuse to put in the effort.
In every market in the world, there is one person thriving and one person suffering. Sure, you can come up with excuses, blame others, and say things like, “He is in the good ol’ boy network,” but the truth is responsibility lies on you and no one else. The minute you buck up and take personal responsibilities for your failures, the sooner you will start to win more.
I was released from federal prison in 2008. In case you are unaware, 2008 was the worst year to do mortgages and that’s exactly what I went to work doing. While my co-workers dropped off like flies, quit, blamed the market, blamed the economy and tapped out, I was thriving. I made the most of the situation. As each one of them quit, I would ask for their referral contacts so I could help their people.

While they quit, I thrived.

The market was the same; the attitude is what varied. I was willing to do whatever it took to get business and thrive. Even in a time when credit guidelines got stricter, cash flows dried up and people were losing equity in their homes, I still managed to do 183 loans in 2009—when the majority of the mortgage industry was quitting.
It’s always the man, not the market. I had a JV with some folks and sent them over 600 leads. They closed 6 deals out of 600. They chewed my ass because I was giving them “bad leads” yet after I fired them, I sent 7 leads to another, hungrier, JV partner and they closed 2 of them. Same leads, same market, different attitude toward them.
If you’re reading this, and you’ve been playing the marketplace victim, it’s time you take self-inventory and ask yourself why YOU are to blame for the situation you’re in. Until YOU take personal responsibility and seek improvement, the marketplace will always treat you badly, because you are not acting accordingly.
In my tenure as a coach, I’ve seen countless pairs of salespeople, and always one wins big while the other taps out. Same resources, same products, same marketplace, yet one wins big and the other quits. Those are internal circumstances, not external. The sooner a person takes personal responsibility and seeks a solution, the sooner the marketplace doesn’t matter because they become THE MAN!
If you’re tired of blaming others and you’re ready to take personal responsibility and invest in yourself and your future, join our mastermind community that does billions in annual sales at www.breakfreeacademy.com/entourage
← From Salesman To CEO [Video] THC Podcast 076: 5 Daily Routines Of Top Producers →