Prospecting Outside Of The Pool 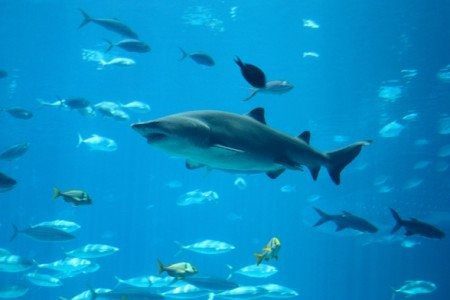 Ever been fishing in a stock pond?

I grew up on a farm in Texas. When I was young, I would go fishing almost every day. I pretty much used the same bait in the same pond all the time. I’m not one to eat fish, so I would always catch and release.

Often times, it seems like I would catch the same fish, over and over. It makes sense. The same dumb fish keeps falling for the same bait again and again. Or, maybe it wasn’t the fish that was dumb and maybe it was the fisherman who was dumb.

Think about it. This fish obviously loved the bait I used. He probably knew I was going to throw him back, after the first few times I caught him. He probably also knew I was coming back almost every day with more. Come to think about it, this fish was probably a she more than a he lol.

Due to the fish wanting to be fed he was willing to take a hook to the mouth. Well, I shouldn’t be so quick to speak. For all I know the fish is into weird sexual shit with other fish that involved hooks and being drug by the lip. Could have been win win for him IDK.

The lesson to be learned from this story is this:  It was insane of me to keep going to the same pond, at the same time, with the same bait and expecting to catch different fish. I was not only a creature of habit, I had created a habit for another creature.

Flash forward 28 years and I’m on facebook today noticing a trend. For the last year I’ve noticed the same people liking my posts over and over. I’ve got 5,000+ friends but the same 50 or so like and comment on almost all my statuses. Every now and then, I get one to hit 200+ but usually it’s the same 50 suspects.

Now don’t get me wrong. I’m very appreciative for these 50 people. I’ve worked hard for the last few years to develop the relationship I have with them. But, out of 5,000 friends, that’s only 1% of the people I’m connected to. What about the other 99?

One thing is for sure, I’m an elitist. I like to hang only with the 1%, so it makes sense that only 1% of my connections interact. At the same time though, I DO want to connect and get to know the others.

I read an article that said the human mind can only logically maintain 47 friends. This article e 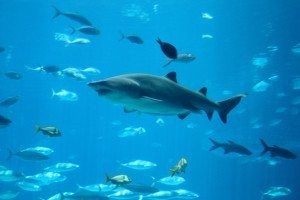 xplained that any more than 47 relationships and we will self destruct the ones we don’t need in order to regress back to 47. It’s an upper level issue in everyone’s mind.

Facebook’s edgerank system knows this “rule of 47” and keeps your connections at bay accordingly. Even if you get 500 likes on your posts, you will only see about 47 different stories in your news feed. I call this “the familiarity process”

The Familiarity Process is facebook forcing you to only interact with the same 47 people/pages. You have to really work outside of these connections and as you do, facebook will replace the old with the new.

Now back to that fishing story…

I thought to myself “Ryan, what’s the next thing to get on and expand your audience?” and it hit me! The ONLY way I’m going to expand my audience is to go fishing outside the proverbial pond I keep fishing in.

If the same people who are potentially buying my shit are buying all the other people’s shit, aren’t we just recycling shit? If they are buying the same shit I am, shouldn’t I sell new people my shit? Facebook’s newsfeed gives the appearance of a small pond, but it’s really only a bay in the ocean.

This doesn’t mean I’m leaving facebook. What it does mean is that I’m shying away from the news feed. If the newsfeed will only supply me with roughly 47 people, I’m going to spend my time in groups which contain thousands of people.

Facebook group posts are the new newsfeed!   Think about it, if I keep going to the same pond [newsfeed] with the same bait [offer] then I have no warrant to complain about catching the same fish [prospects]. It’s my job to move to a new pond and expand my sales angling.

Even in the real world you can find yourself going to the same events, with the same people and yielding the same results. We find ourselves encompassed in our own little ponds.

As the new year approaches and you are looking to grow your business, I encourage you to search for a new pond. Especially if you have mastered the fish in the pond you currently fish. If you’d like my help finding new fish, I can show you to a new pond and the right bait as well.

Fill out the form below to get more info on how I can help you broaden your fishing [marketing] perspective.