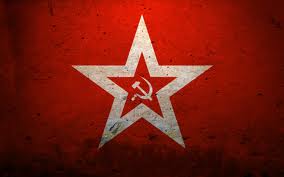 I’m probably gonna get shit for this post but I’m used to that. What I’m about to point out has to be said. There has to be light shed on it so the madness can stop.   There are a lot of broke realtors out there. It’s a strange phenom. I know agents who close $10MM+ a year in production that don’t have two nickels to rub together.

But they DO have 2 assistants and 5 team members though.

Before I circle back around to my point of how realtors are a lot like communists, let’s do some math. $10MM a year in production broken down looks like this. The average price of a home in the USA is probably around $250k. That means ten million dollars is roughly 40 transactions a year. Forty closings divided by 12 months is less than 4 deals a month. Less than one transaction a week.

Yet most agents need a full staff of people to manage this volume.

There are a few reasons for this. One of them is ego. Agents feel like they have to have a team of subservients to make them feel all statusy (my word). Agents love telling clients about their team. Funny thing is, the average client hears “team” and thinks of being blown off or that the agent is too lazy to do shit themselves.

Speaking of lazy, that’s another reason agents build unnecessary teams to share their earnings with, like commie bastards. It’s no secret most agents don’t like hard work. So they hire someone to do the hardwork for them. This person requires pay for their services. That pay comes from the agent. Most agents could have way more cash to invest in their business if they weren’t too busy paying someone to do their job for them.

I get that some agents might strive to build teams to create some sort of passive income model. I’ve seen a bunch try it but I’ve not seen too many agents pull it off. Managing people is never as easy as it sounds.   Now let’s get the the communist comparison shall we? Communism is a belief system of equality and sharing. On the surface it seems like a good concept. Once you investigate it you realize it’s a horrible game plan.

We humans are designed by God to adhere to authority and leadership. It’s in our DNA. There’s no escaping it. When you take authority and leadership away from us we go into a tail-spin. A good example of this can be found in countries like Russia that have 5 million in poverty for every millionaire there. Communism won’t work because we need leaders. If everyone is equal who leads?   Now let’s talk about communist agents. Many agents start bringing people on their team to spread their wealth with. Let’s say an agent makes $10k on a deal. First they give 20% ($2,000) to the broker. Then they pay their team member(s) another 20% or more. Add in marketing costs, staging and taxes, and an agent walks away with 20-30% of the total take. That’s less than half the earnings for a lot of work and responsibility. So much for passive income.

I’m all for real estate agents having a team. I’m all for lifting others up and giving them a job. I’m all for everyone winning. What I’m not for is doing shit that makes no sense logically.   If you’re a new agent or maybe with the market back you’re an experienced agent thinking of building a team, don’t do it like the other commie bastards in your office. Don’t struggle for the sake of vanity and sloth. If you’re gonna build a team do it for the right reasons and the right way.   If you’re considering building a team or if you just realized you’re a fellow commie, let’s have a talk and explore how my skills can help you get where you want to go with less headaches. Fill out the form below and let’s chat Comrade.

← The Science Behind Selling with a Smile Rockstar Closer Radio: The Natural Progression of a Salesman →