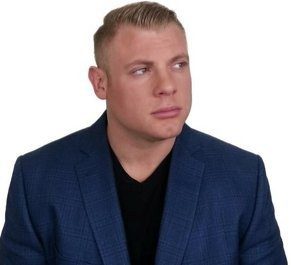 Each and every week I do my damnedest to bring top notch talent and new age ideas for you to grow your business online and off.   This week I went to great lengths to line up my guest AJ Roberts.  As you listen to the replay you will know exactly why I chose to title this show BAMF. 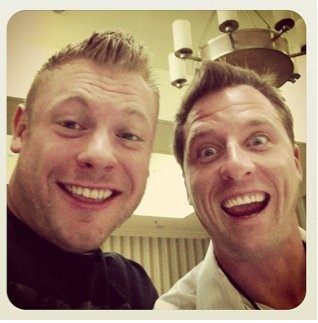 AJ Roberts has an amazing story.  He grew up around London, England and at a young age was kidnapped by a band of Irish Banshees and placed in a tunnel underground in Ohio, where he trained daily with lions and fire breathing panda bears to ultimately become the world’s strongest man.  I shit you not, AJ Roberts is a BAMF.
I first met AJ on facebook.  I had seen several of my friends post about his Underground Event.  So I reached out to him in the form of a friend request to see who he was.  Then I googled his name… I could not believe I had just connected with the strongest man in the world.  WTF!?!  About 6 months later I had the pleasure of meeting AJ and his fiance Gracie V in Las Vegas at Spa Nations.  I knew right away I wanted to make sure we were friends ;-)
As I got to know AJ more and more I realized there was a lot more to him than just super human strength, he’s also got super human intelligence.  While we were in Vegas AJ walked me through his process of how he runs ads on facebook.  He set me up with a small, yet simple funnel with a $100 a day budget to attract leads.  Since he put my shit together, I have made more money in the last 60 days than any other period in my life.  No fucking kidding.  AJ is THE MAN!

So I knew I had to get him on the show to share his intellect and talent with my audience.  One of the coolest things about being the strongest dude around is, you don’t have to take or give bull-shit to anyone.  AJ tells it like it is and he has earned every right to.  He is a PRIME example of what any human can do if they will put their mind and action to any task.  It truly is awe-inspiring.
So for the next 25-30 minutes tune in the the strongest show ever to air on blog talk radio and enjoy the genius that is AJ Roberts.

Listen to internet radio with Ryan Stewman on BlogTalkRadio
If you’re ready to break through the mold in your business and you are tired of chasing dead ends and the same old things, fill out the form below and let’s you and me have a chat.
← The Coolest Way Ever To Repost and Syndicate Content that Goes Viral The REAL Numbers that Matter on Facebook →