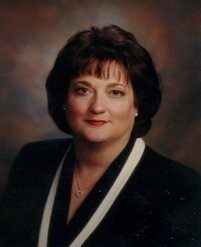 This week marks out 20th month here at Rock Star Closer Radio. Another big deal this week is Thanksgiving. For the last few weeks, everyone has been posting online about what they are thankful for. While that is all fine and dandy, I think we should spend the next 21 days focused on the second half of the word “Thanksgiving” the GIVING part is what matters. If you focused on giving for the next 21 days, I promise you will have more to be thankful for than you ever imagined. This week’s guest Diana Hightower is a giver. When I decided to do the show based around giving, Diana was the very 1st person that came to mind. Matter of fact, I did not ask Diana Hightower to come on the show. I told her she WAS coming on the show and here is how you call in.

There is more to super star networking than just showing up. I’ve only known Diana for about 6 months now, but I feel like I have known her forever. She has that similar personality to our past guest Maria Mull, she is just WAY OVER THE TOP nice. Diana is a giver. In the short time we have known each other she has sent me at least 6 personal referrals and I am just one of her 1000s of connections. Diana is what we call in the sales world a “connector“. She is always looking to connect other people that can network and help each other. That is what has made her a success at super star networking. Being a super star networker starts with giving. Giving solid quality referrals to people you know like and trust. Giving without expectations. Even though you are giving without expectation, people sense a genuine feel for you and in most cases will send referrals back to you ten fold. It is just another fine example of the Law of Reciprocity at work. As we go through the show, Diana Hightower lays out her methods of networking and how she has risen to the top of her company by connecting as many people as possible. Enjoy the show and remember to not only give thanks but to give.

Listen to internet radio with Ryan Stewman on Blog Talk Radio
← Attracting Your Ideal Customer (Client, Patient, Employees, etc.) by Tonja Waring So you waited in line for a week because of a Black Friday Sale [Ryan's Rants] →