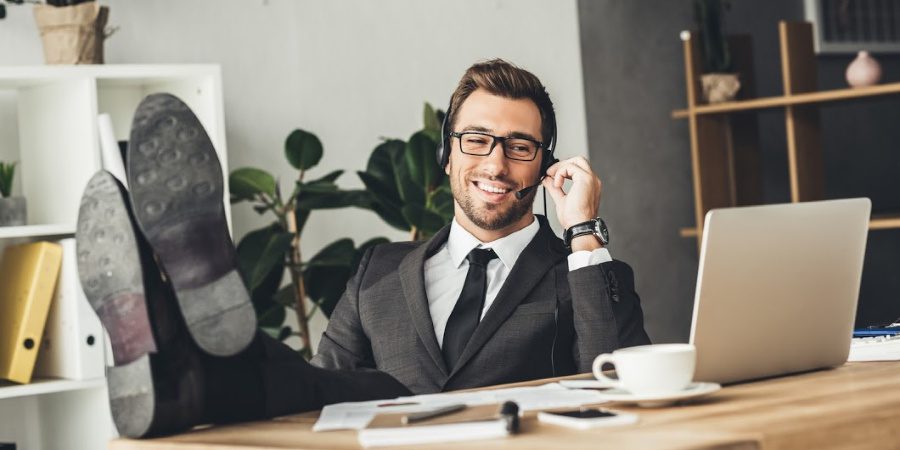 The most grueling part of sales is the follow-up. But the most profitable part of sales is also the follow-up. The average customer needs to be followed up with at least 17 times before they buy. What a pain-in-the-ass, monotonous, tedious, way to spend time. Still, almost all of your time in sales is spent following up (if you’re good) with clients who are “almost” ready to buy.

It’s even worse when you are new to sales. When you start out on day one, and you know you need to contact a prospect 17 times, you also know hitting them up 17 times in one day won’t work. So, you go to work every day and follow up after follow up is made. Meanwhile, you’re also spending time working that you’re not getting paid for. This is the reason so many people don’t make it in sales. It’s not the fast and easy money promised by movies like The Wolf of Wall Street.

You can only follow up with so many people each day.

Let’s say you have 100 prospects and you follow up with them every other day; it won’t be long until you have more prospects than time to follow up. It’s at this exact tipping point that so many sales pros fail. They start giving up on the follow-up and decide to only talk to new prospects. The problem is that 45% of your followed-up prospects will buy, but only 5% of new prospects will buy on a first contact (at best). Most salespeople never get rich because they focus on the 5% instead of the 45%. When you focus on the 45% you get rich.

The big question is: How do you automate the follow-up process as much as possible, so you don’t miss out on following up with everyone?

The answer is simple: Technology

Salespeople tend to live in the dark ages when it comes to technology. Most of the salespeople I know struggle to use their computer on the job—that still has the same software they’ve been using for a decade—let alone take on something new. It’s almost as if salespeople are so ego-driven or stubborn that they refuse to learn something new. But those who are embracing technology are joining a whole new era of sales millionaires being born.

The habits of consumers are rapidly changing.

Especially, when it comes to communication. The average person is on their phone three hours a day but rarely makes phone calls. They are on their phone texting, surfing social media, sending videos, playing games, checking email, etc. If we know the consumer is digitally consuming info and sales pitches on their phone 3+ hours per day, don’t you think it’s a good idea to be on their phone in front of them?

According to Verizon, 94% of all phone calls go unanswered. Yet 93% of all texts are read. Don’t you think following up via text would be more successful than calling? We know that emails have about a 25% open rate on average. That’s still a 19% higher contact rate than a phone call. So, don’t you think you should be emailing and texting, instead of calling?

You have to be the person answering the questions, talking to the prospect, etc… The process of dialing for dollars is not only time consuming; it’s inefficient as well. If you’re gonna make real money in sales, you gotta get efficient with your time. The better you can manage your time, the better your income will be.

Let’s talk about automation and how it can totally change the game for you.

The first thing you need to do to automate the prospecting and follow-up process is to build a sales funnel. A sales funnel is a website that presents your offer to your prospects and collects their information to follow up. You can use a super easy technology called PhoneSites to create this website. No coding or tech skills needed. Hell, you don’t even need a computer; you can do it from your phone. Get a free trial at PhoneSites.com

Creating a sales funnel with PhoneSites should take you about 10-20 mins.

Once you’ve created the funnel, you can create a follow-up sequence for everyone who enters their contact info into your sales funnel. You can set the follow-up to occur as frequently as you want for up to an entire year. The follow-up sequence is free for anyone who signs up for PhoneSites.com

Once you get leads in your funnel, your follow-up emails and texts go out on autopilot, and follow up with your prospects, until they are ready to buy. This process allows you to be in a situation where you ONLY follow up with people who are ready to buy. Think of the amount of time this will save you and how much more money you can earn with all your extra time. Sign up for PhoneSites.com today. It’s the game changer you’ve been looking for.

← ReWire 240: The Prison Of Your Perspective Do Salespeople Have Bigger Egos Than Hollywood Celebrities? →