Salesmen Lie and I’ll Tell You Why 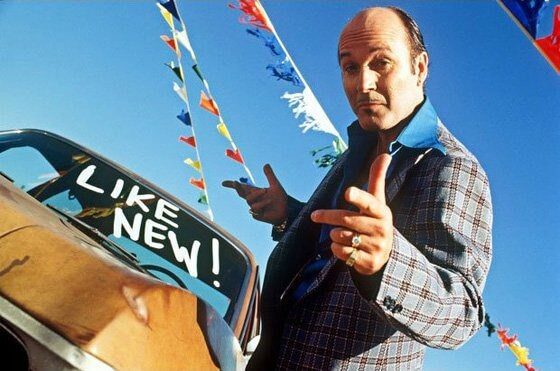 I’ll just assume you’re not shocked at the revelation that salesmen lie. To take it one step further, it’s a safe assumption on my end that a salesman has lied to you. Before you judge them as snakey con artists, which some are, let me share with you the reasons most lies fly out of the mouth of salesmen.

I’m not making excuses for salesmen to lie by writing this. I’m not condoning lies, and I think if you have to lie to close a sale, you’re more of a con artist than a salesman.   I mean, let’s get real. Lies are prone in every industry. From little white lies, to small ’rounded up” exaggerations, all the way to flat out fiction. It happens in corporate boardrooms all the way to the assembly lines. From the guy bragging about the fake chick he fucked last night, to the CEO fudging projected numbers. It’s gonna happen.

Matter or fact, the world we live in teaches you to lie almost as soon as you learn to speak. For example, I have a 2 year old son. When he first learned to talk and I would ask him “did you get in my drawer?” he would say “no” knowing he was in there. Telling lies is just part of human nature.

Let’s look at the top two reasons everyone lies.

People lie to protect themselves.
When my son told me his first lie, it was because he knew if he told me the truth he would get put in timeout. He didn’t want time out so he chose to lie to protect himself from timeout.

People lie to protect others.
People who get caught cheating generally lie to protect the other person. They feel guilt and shame and don’t want to impose those feelings on someone else so they lie.

These are just two examples out of an unlimited amount to pull from. The bottom line is that people lie for two main reasons. Yes there are others, but it’s those two that recur the most.

Now that we’ve identified the core reasons everyone lies, let’s dig deep into the mind of a salesman and find out why they have a reputation for lying more frequently than others.

Salesmen lie for a variety of reasons. Some out of greed. Others out of ignorance. Some do it because they are assholes, and they can get a way with it. Any reason to lie is wrong, but let’s face it, we all do it.

Most salesmen tell lies about their earnings. If I had a dollar for every time I heard million dollar producer, I’d have 2 million dollars. For example, when a realtor says she did a million dollars in sales last year that means they earned a whopping $30,000 commission. Yep, that’s less than 3,000 a month in income. Million in sales sounds better huh?

Salesmen lie about their numbers because they don’t know them. It always amazes me when I see people who don’t watch, track and count their money daily. I check my bank account 2-3 times a day. Every time I make a sale, I record the amount paid and future amount owed. Most sales guys couldn’t tell you how much money they made last month.

When you’re in sales, you tend to get caught up chasing deals as opposed to counting the cash from the deals that have already closed and passed. This leads you to give false numbers from the sheer fact you have no clue what the real numbers are.

Don’t forget sales is not for the weak. A lot of people think they will do well in sales and they are unpleasantly surprised. When you are not good at something but to ego driven and stubborn to quit, you start to operate from desperation. When humans get desperate they will lie about anything to get their way. Desperation leads you to operation purely from selfishness.

Then there’s the big one; Greed. Some people are just assholes and will stop at nothing to make a dollar. They don’t care who the person is, their circumstance or anything. They are just greedy fucks who will lie cheat and steal to get in your wallet. Try your best to avoid them.

If you take a deep look at the reasons for these lies, you’ll realize they don’t just pertain to salesmen. They pertain to humans in general. All humans lie. Make no mistake about it.

The reason people perceive salesmen as liars more often than others, is because consumers always want to blame others instead of taking responsibility. I bought a motorcycle the other day and the room I signed papers in had audio and video surveillance. The salesmen told me “you’d be surprised at what people will do to try to get out of a bike note.”

Just admit it. We all lie. Now with that out of the way, stop judging salesmen so damn hard. If you get lied to and sold by a salesman in 2014 it’s your fault. We have google right in the palm of our hands. Only laziness would prevent you from doing your research and due diligence before purchasing from anyone.

Bottom line: If you get lied to and sold by a salesman, it’s your fault.

Be sure to fill out the application below and join us for one of our upcoming Break Free Academy events.

Fill out my online form.
← The Real Reason You Never Have Time Sales Lessons Learned From a Greedy Las Vegas Casino →