Salespeople Are Freaking Out Over This Simple Lead Gen Method 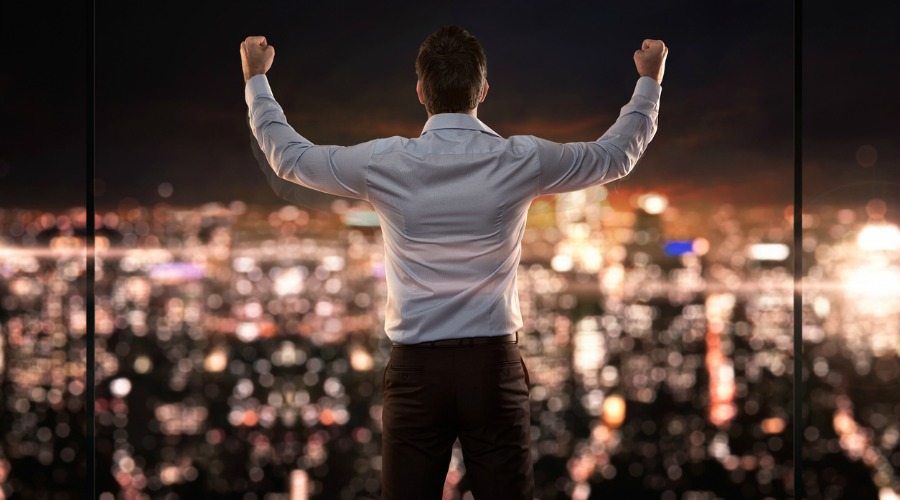 The days of mandatory door knocking, cold calling and face-to-face networking are gone. That’s right, although the old-school sales trainers will defend these archaic methods, I’m here to tell you that if you don’t want to badger strangers into buying your stuff, you don’t have to anymore.
I’m not here to just knock these old school methods, I’m here to open your mind up to the possibilities of a more efficient way to close sales, with less stress and frustration. After you read the following words, it’s going to be up to you whether you take my advice and run with it, or keep beating your head against the wall the hard way.
Sure, you can make sales via cold calls, door knocking and networking. There’s no denying these methods still work. What I’m going to point out, however, is that there is a much better, easier and faster way to generate leads and prospect-qualified people who actually want to buy what you sell.
In the last 12 months, I’ve sold over three million dollars worth of goods using the exact method I’m about to share with you. I sell to high-earning, smart, successful people so I don’t want to hear this won’t work for you. It works in B2B, B2C, ATM, and in whatever other acronyms you want to use.

This tactic works no matter what you sell.

The simplest lead generating platform on the planet is Facebook. Yes, I’m sure you’ve not only heard of it; you have a log-in to the site. There are almost two billion people on the planet with a Facebook log-in. That means there are a ton of prospects for you to chase. The problem for most salespeople is that they don’t know how to chase prospects properly on social media. Ima help you with that…

If you said “yes” congratulations, you and about 51 percent of the marketplace have closed a lead from social media. If you said “no,” then you’re a part of the 49 percent of the sales force that’s missing out on layup opportunities to score some easy sales points. Social media leads are the best leads on the Internet.
According to a recent study, people are 80 percent more likely to trust online reviews and suggestions over the referrals from people they actually know. This means your prospects trust social proof from strangers over actual suggestions from friends and family. That’s some powerful stuff. Let that sink in a minute.

If you’re not leveraging the power of social proof to generate leads, you’re missing out on more money than you can count.

Most salespeople don’t take sites like Facebook seriously enough to make serious money from it. It’s all about being intentional and creating good prospecting habits and not letting it become a distraction. I’ve made a lot of sales from Facebook and it has not happened by accident.
In order to make money from “the book,” you gotta be intentional and replace old habits with new ones. For example, if you spend three hours every day knocking on doors, you need to spend three hours per day commenting and prospecting on Facebook, too. Instead of knocking on doors, leave comments on posts, in groups, and use the search function to find people in your area who need your services.

That’s right, you can use the FB search bar to find free leads!

When a person makes a public post asking for help, suggestions or reviews, FB takes those posts and stores it in a queue. If you search “selling our home,” for example, you will see people’s public posts containing that phrase. If you’re a realtor, you can search those words and leave comments on people’s posts about how you can help them.
If you sell retail items, you can search the FB marketplace and find people selling older versions of what you sell. Then you can offer them to buy a newer version from you. For instance, if you sell phones, search “iPhone 6 for sale” and find all the people selling their iPhone 6. You can reach out and give them an offer to buy the iPhone 7 from you. The same method goes for cars, homes and everything else that’s sold on the marketplace.
If you dedicate your time and effort to online prospecting you’ll eventually close more sales than you would using old-school offline techniques. By the time you walk from door to door or get a cold call to answer, I can type 5-10 comments and posts on FB and they will be there forever for thousands of people to see. If you raced me with your dialer, I could still reach people faster and easier using social media.
It’s impossible for one person using old school tactics to keep up.
Sure, at first you’re going to have to make changes, adapt and create new habits, but after a couple of weeks, you’ll be in the zone, have your groove and you will be closing sales from FB like a boss. If you would like to shortcut your FB selling learning curve, you can join our mastermind at www.breakfreeacademy.com/entourage but you can’t ignore social selling any longer.
← THC Podcast 078: How To Unlock Your True Purpose In Life How To Track Down and Connect With Prospects on Facebook [Video] →